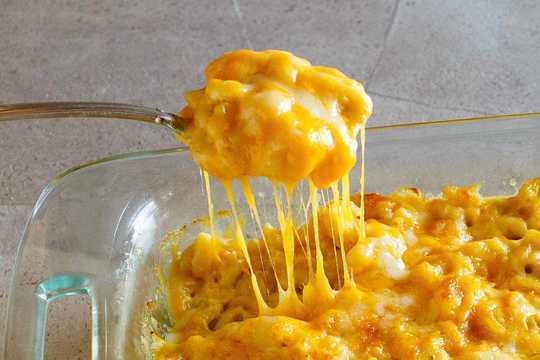 Foods such as French fries, cheese, cookies, soda, and sports and energy drinks are common in the diets of United States adults with inflammatory bowel disease, according to a new study.

Inflammatory bowel disease, which features chronic inflammation of the gastrointestinal tract, affects three million US adults. There are two types of conditions, Crohn’s disease and ulcerative colitis. Common symptoms of inflammatory bowel disease include persistent diarrhea, abdominal pain, rectal bleeding or bloody stools, weight loss, and fatigue, according to the Centers for Disease Control and Prevention.

The study finds that a greater number of people with inflammatory bowel disease ate French fries, and they also ate more cheese and cookies and drank less 100% fruit juice compared to people without the disease.

“While foods typically labeled as junk food were positively associated with inflammatory bowel disease, we found the eating patterns of people with and without this disease to be very similar,” says Moon Han, the study’s first author, who completed the work as a PhD student in Didier Merlin’s lab in the Georgia State University Institute for Biomedical Sciences and now works as a Health Scientist ORISE Fellow at the CDC.

“However, it’s unclear whether the survey results reflect a potential change in the food intake of people with inflammatory bowel disease long before the survey was conducted.”

by Julia Evangelou Strait-WUSTL
Researchers have identified ingredients for snack food prototypes formulated to deliberately change the gut microbiome in ways that can be linked to health.

Taste evolved to make sure animals eat the right stuff

by Michelle Jewel-NC State
Researchers have discovered that differences between the elemental composition of foods and the elemental needs of animals can explain the development of pleasing tastes like salty, umami, and sweet.

Why Organic Meat Is Less Likely To Hold Dangerous Bacteria

by Johns Hopkins University
We sometimes need to use antibiotics to treat sick animals, but taking advantage of opportunities to reduce antibiotics use could benefit everyone

6 Reasons Why Potatoes Are Good For You

by Duane Mellor, Aston University
The humble potato has been given a bad rap. What was once a cheap staple of many countries’ diets has instead been branded in recent years an “unhealthy” food best avoided.

Why Anti-Nutrients Are Part Of A Normal Diet

by Jill Joyce, Oklahoma State University
Maybe you’re trying to eat healthier these days, aiming to get enough of the good stuff and limit the less-good stuff. You’re paying attention to things like fiber and fat and vitamins… and…

by Mariana Lamas, Northern Alberta Institute of Technology
In 2019, Burger King Sweden released a plant-based burger, the Rebel Whopper, and the reaction was underwhelming. So, the company challenged its customers to taste the difference.