The Impact Our Pets Have On Our Mental Health and Wellbeing 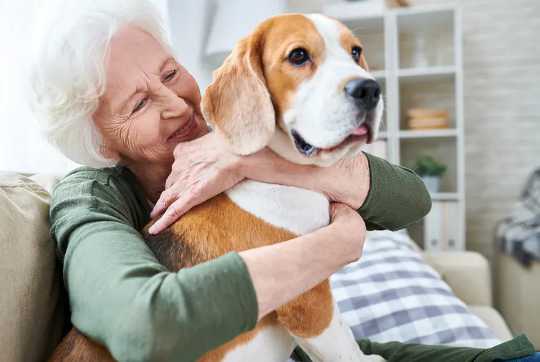 Research shows that pets may support mental health for some people. SeventyFour

More than 50% of households in the UK are estimated to own at least one pet. And, since the outbreak of COVID-19, there’s been an unprecedented increase in animal adoptions and purchases, as people seek animal companionship to tackle feelings of isolation and anxiety. While many report that having a pet has been supportive to their mental health, research on the benefits of pet ownership and mental health still remain inconclusive.

To date, evidence undoubtedly shows that interacting with animals can have a range of benefits to our mental and physical health – though it’s not entirely sure what is causing these benefits. Studies have shown, for example, that owning animals may encourage physical activity. This is especially true for dog and horse owners. Research has also suggested that pets may be beneficial for mental health and wellbeing due to attachment to or companionship provided by the animal.

Yet on the other end of the spectrum, research indicates that pets can exacerbate mental health symptoms for some. Increased guilt and excessive worry have also been shown, especially for those who display a strong attachment to their pets.

But why are these findings so inconclusive? One reason for this is related to how studies in this area have been conducted. Many of the studies we currently have on this topic have relied on observational studies (such as surveys or interviews) rather than intervention research (such as a randomised controlled trial which splits subjects into two or more groups, but only allocates a treatment or intervention to one of the groups to see the effect). This can make it difficult to draw reliable conclusions about their results. A tendency to publish positive results over negative ones (called “publication bias”) may also have a negative impact on people’s perceptions.

The pandemic has also changed how we interact with our pets. At the University of York, co-authors Dr Elena Ratschen and Dr Emily Shoesmith conducted a large survey of 5,926 people (5,323 pet owners, and 603 non-owners) which investigated human-animal relationships during the UK’s first lockdown. Our study found that nearly 90% of pet owners reported their pet had helped them to cope better emotionally during lockdown.

Participants who owned pets were reported to have poorer mental health before the lockdown compared to non-pet owners, indicating potentially greater vulnerability. But pet owners showed less deterioration in their mental health and feelings of loneliness during the lockdown. This might indicate that pets have a “protective” effect on owners’ mental health. Interestingly, owners’ feelings of closeness to their pet did not vary significantly by animal species.

Additional analysis of our results shows that a sense of companionship and connectedness, as well as distraction from feelings of distress, a source of motivation when feeling low, and an animal’s intuitive responses might explain why they’ve largely been beneficial to owners during lockdown. But our study also showed that pet ownership during the pandemic has caused concerns, including worries about restricted veterinary access, economic hardship, and what would happen to the pet if the owner became ill. 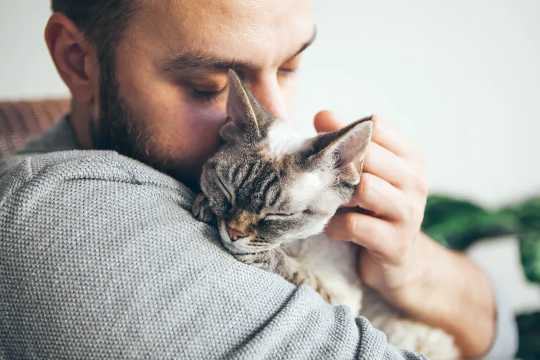 Some worried about what would happen to their pet if they became sick. Veera/ Shutterstock

Another survey of 1,356 participants also found that pets may have influenced the decisions and access to healthcare that people had during the pandemic. The researchers found that participants may delay seeking healthcare due to concern for their pet’s welfare or if they’re unable to find appropriate care for their animal. A number of pet owners also said they would forgo medical care to avoid separation from their pet.

Whether owning a pet benefited a person’s mental health during the pandemic also depends on the restrictions in place. For example, if time spent outdoors and travelling even short distances are restricted, this can cause concern for dog owners as they may not be able to walk their dog as often or as long as they’d like. Horse owners may also face particular challenges in looking after and exercising their animals.

Importantly, the evidence does not suggest that people who don’t currently (or have never) owned pets would benefit from doing so during – and after – the pandemic. This is a key point to make, as the widespread belief that owning a pet can help people cope during the pandemic may be to blame for a steep increase in pet theft and related violence.

There are also concerns over increased relinquishment, rehoming, or abandonment of pets – for example if the owner becomes unable to care for their pet due to financial reasons, or if they don’t have the time to look after their pet after returning to work. Pet ownership is not something to be taken lightly. Perhaps people need instead to look first into alternatives for improving mental health – such as exercise or mindfulness meditation.