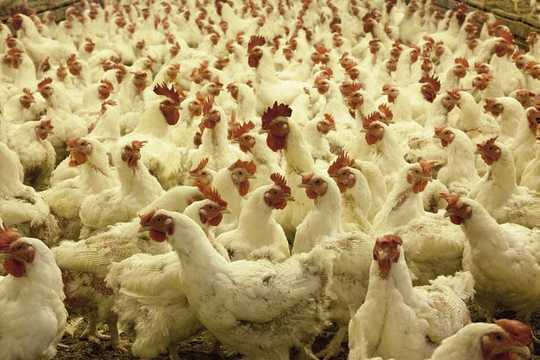 Chickens have personalities, too. Pixabay

Like a B-movie for a post-Brexit era, consumers in Britain may soon be unwillingly cast in the 2019 blockbuster, Attack of the Chlorine Chickens. If news headlines are to be believed, flocks of toxic fowl are waiting to storm Britain’s shores like mini featherless zombies as part of a US-UK trade deal.

But before getting into a flap about the health risks of chlorine, we should maybe pause to consider why you would bleach a chicken in the first place. It is actually primarily to mitigate the disease risks from raising nearly 9 billion chickens in overcrowded environments with low standards of animal welfare.

However the failure to frame the chickens’ welfare as anything other than a side issue poses important questions about the nature of our interactions with animals. Why are chickens so far down in the pecking order for moral concern? Would our reaction have been the same if the animal in question were a mammal? The moral outrage sparked by when horsemeat was found in beef burgers in Britain and Ireland in 2013 would suggest not.

Despite the widespread symbolism of the cockerel across cultures, history shows that we’ve never really been concerned about the welfare of chickens. Until the late 18th century, cock-throwing – tying a chicken to a stake and pelting it with objects until it felt the sweet release of death – was an extremely popular pastime in Britain. Eventually outlawed on grounds of cruelty, research has drawn parallels between cock-throwing and the widespread appearance of chickens in modern video games, which are customarily killed or used for chicken-kicking competitions. I doubt there are many video games in which players beat up dogs for kicks.

So what is it about our attitude to chickens that encourages us to disregard their widespread maltreatment? Psychological research into people’s beliefs repeatedly throws up the common perception that chickens are close to the bottom of the pile when it comes to cognitive abilities. 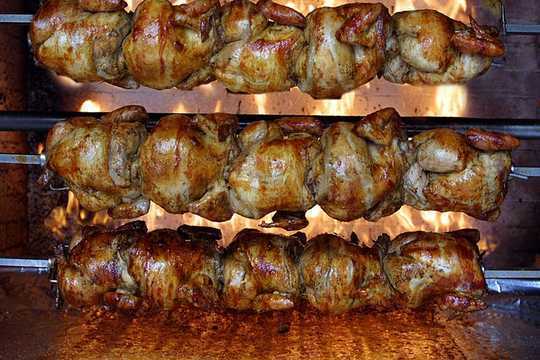 Yet this assumption flies in the face of scientific evidence. Alongside characteristics associated with sentience in other species – such as pain perception or emotions – chickens communicate, show sensitivity to differing contexts and display personalities. This disconnect between our perception of chickens and the reality of their mental lives is undoubtedly important. The more we see an animal as “minded”, the more likely we are to believe its welfare should be protected.

Psychologists used to believe that the animals we consider to have a mind was determined mainly by social factors such as cultural background. However, we now know a range of factors, such as our age and sex, affect our willingness to attribute mental capacities to animals. For the majority of animals it also appears that simple familiarity helps – owning a pet typically increases the mental faculties we associate with that particular species.

This is logical since the greater our contact with an animal, the more likely our chances of observing behaviour that we recognise as intelligent. And yet having a chicken in our clutches doesn’t appear to help their plight. One study showed that, in a group of students, keeping chickens had no effect on the mental characteristics participants associated with them. Only by actively training the chickens in cognitive tasks did the students’ attitudes begin to change.

But why doesn’t general contact with chickens alter our views on their brainpower? Our latest paper, published in Trends in Cognitive Sciences, argues that we should also consider how our own cognitive mechanisms influence our judgements about how intelligent an animal is. We are currently in the process of looking at how consistent people are when making attributions of mind to other species.

Research already tells us that context and behavioural similarity between animals and humans are central factors in our psychological interpretation of animals’ actions. We also know that mirror neurons – a type of brain cells that fire both when we perform an action or when we watch others perform the same action – are automatically activated when we watch both humans and other animals carry out similar actions to achieve an assumed goal. This means when we see a rat reach out to grasp a food item, our brain is activated using similar mechanisms to those we would use to interpret the behaviour of a human doing the same thing.

These findings lend weight to the theory that humans attribute cognitive abilities across species based on how they view specific behavioural events, such as grasping food or chewing.

Moving like a chicken might therefore be a major disadvantage when you’re being compared to other farmyard inhabitants such as cows or pigs. Despite spending time observing them, it would be harder for our brains to automatically “see” their behaviour and use it as a basis for assuming some semblance of brainpower.

So next time you read stories about “frankenchicken”, maybe attempt to avoid snap judgements – your perceptions of chickens aren’t based on their lack of brains, but rather on the constraints of your own.