More Americans Aim To Lose Weight But Average BMI Is Up 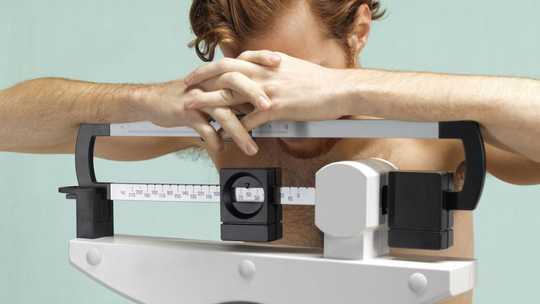 More American adults are trying to lose weight these days, but the average body mass index of Americans has increased, research finds.

It comes as no surprise that Americans struggle with weight loss, but the new study reveals the extent to which many people try, and fail, to shed extra pounds.

The study also found adults reduced how much they ate, exercised more, drank more water, added more fruits and vegetables to their diets, and cut back on sugar intake as ways to drop the pounds.

“These findings suggest that although 34–42% of US adults in our study reported weight-loss efforts, many of them might either not actually implement weight-loss strategies or apply a minimal level of effort, which yielded unsatisfactory results,” says corresponding author of the study Lu Qi, director of the Tulane University Obesity Research Center.

“Reduced food consumption is one common strategy to lose weight, but modified diets are difficult to maintain.”

More Americans reported using exercise to lose weight, Qi says, but the researchers found most people didn’t do enough to increase their strength and aerobic capacity.

Researchers say those who at least tried to lose weight might not be the people who truly needed to. The study also found the number of people who were truly overweight or obese but perceived themselves to be “approximately the right weight” increased from 1999-2000 to 2015-2016.

“These findings suggest a need to increase the promotion of effective strategies for weight loss, including caloric reduction and increased physical activity, among all adults attempting to lose weight,” says Qi.

“Notably, adherence is the primary factor predictive of a successful response to a weight-loss attempt. Therefore, weight-loss strategies that consider a participant’s preferences and abilities may help them stick with it long term.”

Lu Qi, director of the Tulane University Obesity Research Center, is the corresponding author of the study.

Is It Better To Exercise Before Breakfast?

How To Start Exercising If You're Out Of Shape