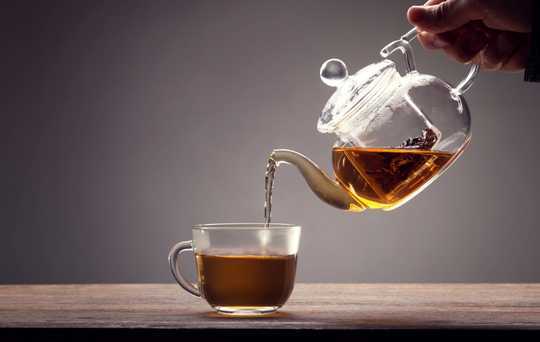 There’s an association between consistent and frequent tea-drinking and significantly fewer depression symptoms in Chinese older adults, according to new research.

Depression is one of the most common mental disorders for the elderly, with “major depressive disorder” now affecting about 7% of adults over the age of 60 worldwide.

Among these factors, drinking tea, one of the most popular non-alcoholic beverages in the world, is drawing researchers’ attention.

One key debate on the benefit of tea over mental health is whether the potential impact comes from the biochemical components of tea or the social context of tea drinking. In the study, Feng Qiushi, associate professor at National University of Singapore Sociology, and his team controlled for covariates that could have significant associations with elderly depression.

The factors they took into account included: age, gender, residence, education, marital status, and pension status. They also considered lifestyle and health conditions when calculating their results, including whether the seniors currently smoked or drank alcohol, their daily living activities, and cognitive function. Lastly, they examined how social engagement could affect the results, which included activities such as playing cards or mahjong, participating in community activities, and travel.

When dividing the groups by age and gender, researchers found that the association between tea-drinking and less depressive symptoms was significant only for males between 65-79 years old.

“It is likely that the benefit of tea-drinking is more evident for the early stage of heath deterioration. More studies are surely needed in regard to this issue,” Feng explains.

A word of caution

The study also finds that the mean age, proportions of men and urban residents, and proportions of education, marital status, and receiving pension, were relatively higher among those who frequently and consistently drink tea. Meanwhile, tea drinkers tended to smoke and drink, but had better physical and cognitive functioning. And they were more socially involved.

This correlation between drinking tea and depressive symptoms isn’t proof the link is causative, but Feng says, “Consistent and frequent tea-drinking may effectively reduce the risk of depressive symptoms for the Chinese elderly. The promotion of the traditional lifestyle of tea drinking could be a cost-effective way towards healthy aging for China.”

The association is applicable to Singaporeans too. In June 2017, Feng Lei, an assistant professor in the psychological medicine department, and his team had a paper in the Journal of Prevention of Alzheimer’s Disease specifically examining Singaporeans using data from the Diet and Healthy Aging Study (DaHA). The results revealed that long-term tea consumption associated with reduced depressive and anxiety symptoms among Singaporeans. The new results from Feng and his team add further credence to these earlier findings.

Looking to the future, Feng and his team are now collecting new data from the CLHLS about tea-drinking.

“This new round of data collection has distinguished different types of tea such as green tea, black tea, and oolong tea, so that we could see which type of tea really works for alleviating depressive symptoms,” he says.

Their results appear in BMC Geriatrics.