Can Short Bouts Of Light Exercise Really Make You Healthier? 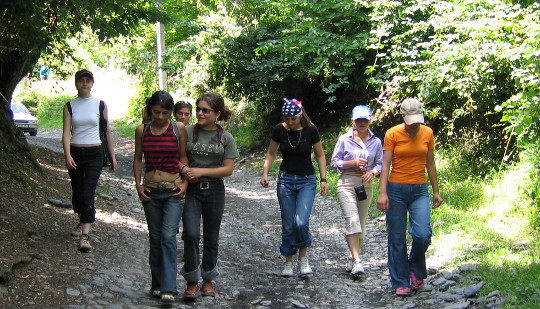 A growing body of advice suggests doing small amounts of moderate exercise can make a significant difference to your health. Academic research is being turned into headlines such as: “Spending two minutes an hour walking instead of sitting can help you live longer” and “Can’t be bothered to exercise? Just WALK”. But how strong is the evidence for promoting accumulated short bouts of exercise and can it ever replace longer or more strenuous activity?

When we talk about performing this kind of exercise, what we really mean is trying to reduce the amount of time spent being sedentary. There is strong correlational evidence showing that a large amount of time spent sitting increases the risk of several diseases – and, consequently, early death. And the excess risk appears to be present even if you are exercising regularly.

Too Much Sitting Is Distinct From Too Little Exercise

The proposed implication of these studies is that too much sitting is distinct from too little exercise. Breaking up prolonged sitting with short accumulated bouts of exercise may be sufficient to reduce the risk of disease, but this type of evidence can never definitively prove that one necessarily causes the other.

There is as yet no research showing that an intervention that regularly breaks up prolonged sitting with short bouts (two to three minutes an hour) of light-to-moderate physical activity will reduce the risk of disease (or early death) in the long term. And we certainly can’t yet say this type of intervention would compensate for a chronic lack of structured exercise.

What we do have is a number of shorter intervention studies (one to seven days) that show breaking up prolonged sitting can help manage several risk factors known to be important for disease prevention. The most consistent finding is that breaking up prolonged sitting leads to a reduction in blood glucose and insulin concentrations in response to a meal. One study also reported improvements in blood pressure regulation. Importantly, short periods of standing do not appear to be sufficient – rather the accumulated short bouts of physical activity are of key importance.

Perhaps the strongest evidence comes from studies that have replaced light-to-moderate physical activity with sedentary time. For example, one study examined the effect of reducing the average number of steps taken from 10,000 a day to 1,500 a day in a group of healthy men. After just two weeks there were large reductions in aerobic fitness and lean muscle tissue, increases in body fat and increases in blood glucose and insulin concentrations.

Over the last few years, many studies have looked at the effects of very short bouts of high-intensity exercise, also known as high-intensity interval training (HIT). The research has shown that HIT can provide the same – if not superior – health benefits compared with conventional high-volume aerobic exercise programmes, but in a fraction of the time. The main driver for the promotion of HIT is the finding that a lack of time is a major barrier to exercise participation.

What’s the caveat? Well the majority of HIT protocols are extremely intense and that’s likely to put people off. Due to the rest periods the total time commitment also tends to be between 20-30 minutes/session, which is not really different from current guidelines on moderate exercise.

But there might be a solution. More recent studies have shown that much shorter HIT protocols (for example, two bursts of 20 seconds within a 10-minute session) may still provide important health benefits. One study observed similar increases in cardiovascular fitness after three weekly sessions of either four four-minute sprints or a single four-minute sprint at 90% of maximum heart rate. Perhaps, in some instances, more pain does not equal more gain.

There are lots of forms of physical activity that may be important for health. Where should you place your bets? The simple conclusion is we need to move more and move more often – and try to do a structured higher-intensity activity (insert your most enjoyable/manageable here) on three or more days of the week. How we convince more people to do this is more difficult to answer.

Richard Metcalfe is Lecturer in Exercise and Health at University of Ulster. His research focuses on the health benefits of high-intensity interval training, with a particular focus on carbohydrate metabolism and glycaemic control.