Why Are Some Generic Drugs Getting So Expensive? 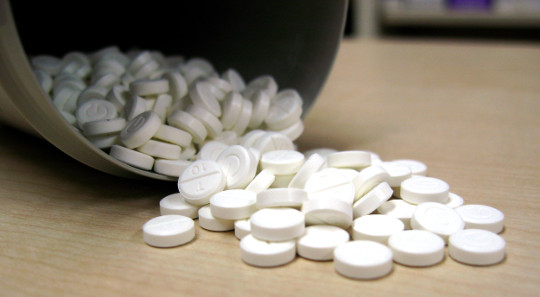 More than eight out of every 10 prescriptions dispensed in the US is generic. This growth is due to a large number of top-selling drugs going off patent over the past decade, as well as innovations in the retail sector, such as Walmart’s US$4 generic program. Over this period, generic drug prices declined or held steady, saving American consumers tens of billions of dollars annually.

But recently prices of some long-time generic drugs like digoxin (a heart medication), albuterol (for asthma) and doxycycline (an antibiotic) increased more than ten-fold over a very short period of time. This has prompted the Senate subcommittee on health and aging to investigate why prices for some generic drugs have risen so high, so fast.

While price increases are good news for some generic manufacturers, almost everyone else is adversely affected. Consumers face higher prices, physicians have to prescribe alternative therapies or deal with angry patients. And the local pharmacist can actually lose money if drugs were purchased at new higher prices but is reimbursed at a predetermined lower rate.

Why Are Prices Going Up?

The majority of cases come down to two broad factors: reduced competition due to consolidation in the industry, and market and regulatory forces that altered incentives for firms producing generic drugs.

In a nutshell, it’s the bad side of capitalism where intense competition and lower profit margins lead to cost-cutting measures. Lean inventories, outsourcing production and manufacturer consolidation can allow the remaining firms to regain some market power and raise prices, sometimes precipitously. We’ve seen this pattern happen before in the airline and cable industries where highly competitive, deregulated markets led to consolidation and higher prices over time.

A manufacturer of generic drugs does not have to do significant research or clinical testing the way a drug company developing a new or novel drug might. They just have to present evidence to the FDA that the proposed generic drug has the same active ingredient as the branded product and that they have the manufacturing capability to safely produce it on a large scale.

Firms usually file applications to produce a generic drug before the patent expires. This means that the generic firm can begin selling its product the first day the patent of the branded agent expires. A small number of firms typically enter the market in the first year after a patent expires, which means they can earn significant profits.

But those high profits encourage more manufacturers to start producing the generic drug. More manufacturers means more competition and this in turn makes profits decline. Tighter profit margins lead firms to cut costs, consolidate or perhaps even exit the market. Over time, only a few larger firms remain. How readily firms enter and exit the market and how quickly prices adjust varies considerably from drug to drug and across industries.

Recent consolidations in the generic drug market have reduced competition in some drug classes like antibiotics or medicine for asthma and diabetes, at a time when demand for low-cost medications is at an all-time high. This provides the leverage firms need to raise prices substantially. While there are many generic manufacturers operating in the US, three firms – Teva, Mylan, and Sandoz – have over 40% of the market.

And large research-oriented manufacturers like Pfizer and Novartis are buying smaller generic companies or directly producing generic versions of their own patented drugs, so-called branded generics. This creates a potential conflict of interest. For instance, if the firm has sufficient market power, it has an incentive to decrease generic production to shift demand to the more profitable branded product.

Tight profit margins lead firms to cut costs. Holding on to inventory is expensive and firms have to weigh the costs of storing additional supply against the loss of profit from a potential disruption in supply. As profit margins shrink, inventories tend to decline. In this environment interruptions in the supply chain, for whatever reason, have more immediate impact on retail prices at the pharmacy.

The second major driver of sudden price increases is the combination of market and regulatory forces. Walmart’s US$4 generic program was a windfall for consumers, and so successful that it was copied by competitors. The downside of this competition is that it’s hard to make a lot of money when the product sells for so little.

This trend forced generic manufacturers to lower their costs or get out of the market. Many other industries including electronics and clothing have felt the same cost pressures in an increasingly global marketplace and a common response is to outsource some or all production to lower cost countries.

Outsourcing production raises a slew of issues that can have adverse affects on the reliability of generic drug supplies. Foreign factories are more difficult for the FDA to inspect, tend to have more production problems and far are more likely to be shutdown than domestic factories.

In 2013 the US Department of Justice fined the US subsidiary of Ranbaxy Laboratories, India’s largest generic drug manufacturer, US$500 million after they plead guilty to civil and criminal charges related to drug safety and falsifying safety data. The FDA has also banned products made at four of the company’s manufacturing facilities in India. In 2008, after branded versions of the blood thinner heparin, which were manufactured in China, were recalled, the FDA found that the active ingredient had been contaminated. According to FDA estimates, 40% of finished drugs are made abroad and 80% of manufacturers making active ingredients were located outside the US.

Can We Bring Prices Down?

How can patients be protected from these sudden price increases? There are many options, but none of them are ideal. One possibility is to impose price floors – that is, a minimum price – in selected drug classes to ensure generic manufacturers can make a profit. This is commonly done in agriculture, where a bumper crop can lead to excess supply of corn or wheat, depressing prices below the cost of production.

The FDA could also require that generic manufacturers justify short-term price increases of greater than 50%, for example, to discourage price gouging. A variant of this tactic is currently done in Medicare Part D, a program that helps people over age 65 pay for prescription drugs, to prevent insurers from increasing drug prices after beneficiaries have enrolled and committed to a plan for a year.

Geoffrey Joyce is an Associate Professor of Pharmaceutical Economics at the University of Southern California, Director of Health Policy at the Leonard D. Schaeffer Center, Research Associate at the National Bureau of Economic Research, and a director of AHRQs Postdoctoral Training Program. Dr. Joyce is the author of over 70 articles and book chapters, and his research has been published in leading medical, economic, health policy and statistics journals.

What Time Of Day Should I Take My Medicine?

Why People With Cancer Go To The Emergency Room

Do New Cancer Drugs Work? Too Often We Don't Really Know and Neither Does Your Doctor