Giving Pregnant Women Antibiotics Could Harm The Lungs Of Preemies 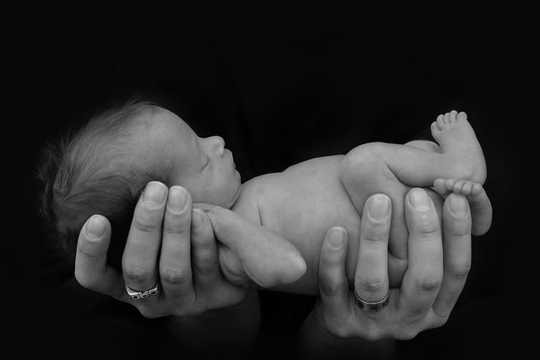 Premature infants are at higher risk for lung diseases. Sarahbean/Shutterstock.com

Born after just 23 of the normal 40 weeks of pregnancy, the extremely preterm baby is small enough to fit in the palm of my hand and weighs just one and a quarter pounds. I am a neonatologist, a physician that cares for these preterm babies in intensive care. Most of these preterm infants, particularly the smallest and sickest who require oxygen to help them breathe, are at high risk of developing lung inflammation and scarring.

This early damage will lead to a chronic lung disease called bronchopulmonary dysplasia. Bronchopulmonary dysplasia can be one of the most severe and long-lasting complications of being a preterm baby. Many require oxygen for years and often have severe asthma-like episodes during which they are hospitalized for difficulty breathing.

In newborns, research into asthma and pneumonia has indicated that the microbial communities, known as the microbiome, that live inside the human gut can influence inflammation – the response of the body to pathogens or cellular damage – in their host. This may happen because of changes in the host immune system, which in turn may shape the course of lung diseases that result from inflammation.

This recently discovered connection between the gut microbes and lung health or disease is called the gut-lung axis, and it may reveal new ways to treat lung diseases.

Over the last several years, neonatologists have done retrospective studies in which they looked back over several years of babies’ records to see if they could identify events that happened to babies who later developed bronchopulmonary dysplasia. These studies were designed to try to identify new exposures that might cause bronchopulmonary dysplasia. 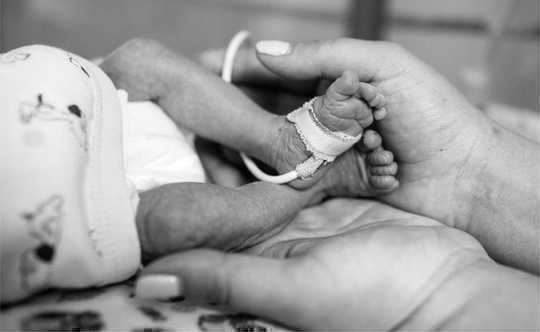 In my latest study, I used mice to test whether there was a causal link between the state of the gut-lung axis and how bronchopulmonary dysplasia develops.

I wanted to investigate how maternal exposure to antibiotics affects the lung development of offspring. I thought this research would not only lead to a better understanding of the gut-lung axis but also identify a new way to potentially prevent bronchopulmonary dysplasia.

My colleagues and I sorted pregnant mice into four groups and exposed the mothers to antibiotics at different points during gestation.

The first group of mother mice was exposed to antibiotics throughout their pregnancy and for the first two weeks of their pups’ life while they nursed. The second group was exposed just during pregnancy, but not after. Group three was exposed just while nursing. The fourth group wasn’t exposed at all. After the pups were born, we also exposed some to oxygen – just as we would do for a premature infant – which triggered bronchopulmonary dysplasia.

My colleagues and I were also surprised to find that antibiotics given to the mother also increased scarring in the lungs of their babies, abnormal blood vessel structure and more white blood cells in their lung tissue.

Finally, to understand what the gut-lung axis had to do with bronchopulmonary dysplasia, we looked at the microbes in the guts of the baby mice during the first two weeks of life. My colleagues and I found that that giving antibiotics to their mothers likely prevented them from acquiring normal bacterial communities like those found in the guts of pups with no antibiotic exposure.

However, the way we administered the antibiotics did not directly affect the pups. Rather, the antibiotics altered the mother’s microbiome. The pups then inherited this altered set of bacteria from her. We also showed that molecules that allow gut microbes to signal to the lungs about the status of the microbial communities in the gut in newborn mice were reduced in newborn mice with abnormal microbial communities.

These experiments imply that the gut-lung axis may be involved in causing bronchopulmonary dysplasia. Because a lot of human mothers and preterm babies are given antibiotics, our research suggests that physicians should consider the risks to the fetus when giving a pregnant mother antibiotics and only do so when there are no other alternatives.

A lot more research needs to be done. First, we would like to test if we can change the microbial communities in newborn mice so that they are more resistant to getting bronchopulmonary dysplasia. Next I plan to investigate what part of the microbial communities alters the gut-lung axis. This may reveal a way to make human preterm babies resistant to developing bronchopulmonary dysplasia.