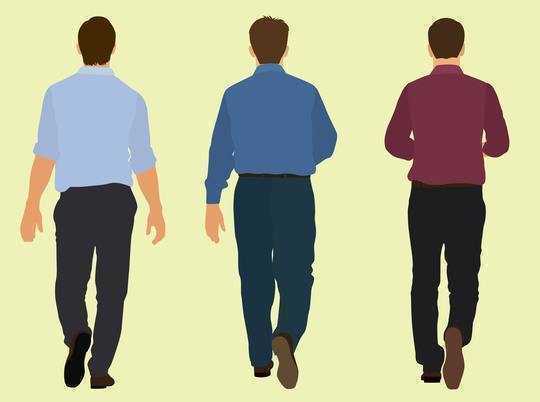 Many men who have prostate cancer will die with it, rather than of it. from shutterstock.com

A recent UK study showed no significant difference in survival between men who had a single prostate-specific antigen (PSA) test – a blood test used to detect prostate cancer – and those who didn’t, after about ten years of follow-up. This was despite the test being responsible for more prostate cancers being diagnosed.

It was the largest ever randomised trial on this question, involving 400,000 men aged 50-69 without prostate symptoms. The findings were in keeping with previously published trials of PSA screening, which, other than one exception, have also shown no improvement in survival.

PSA testing leads to the diagnosis of some cancers that might never have caused problems and thus would not have been diagnosed based on symptoms. This is referred to as “over-diagnosis”.

This phenomenon is of concern with any screening program, such as mammograms for breast cancer. Over-diagnosis needs to be weighed against the benefits of screening in finding more serious cancers at an earlier and more curable stage.

This is further compounded by the fact prostate cancer typically occurs in elderly men. And it can sometimes be a period of many years from when prostate cancer is diagnosed to when it spreads beyond the prostate or becomes life-threatening. This is why it’s often said “men die with prostate cancer rather than of prostate cancer”.

Treatment of indolent prostate cancers isn’t likely to benefit men and is referred to as “over-treatment”.

Some may consider these factors enough to suggest PSA testing for prostate cancer should be abandoned altogether. But the fact remains that an estimated 3,500 men will die of prostate cancer in Australia this year. Many more will suffer symptoms, such as pain from incurable prostate cancer, and undergo treatments such as chemotherapy with serious side effects.

PSA testing remains the best way for the early detection and curative treatment of such aggressive prostate cancer. But more can be done to resolve the dilemma. 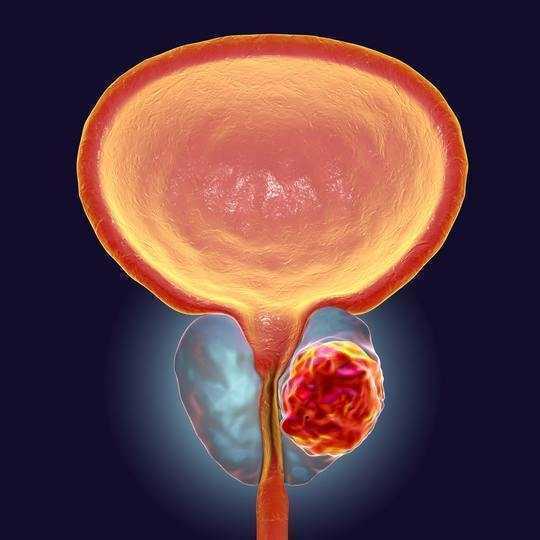 Improving on the PSA test

Researchers are looking for tests that can detect aggressive prostate cancer better than PSA testing. A handful of the numerous markers tested have entered clinical (human) use, but none have been shown to perform better than PSA as a screening test.

In current practice, refinements of the PSA, including subtypes of measurable PSA, rates of change of PSA over time, and various scores based on PSA, can be used to more precisely assess a man’s risk of having prostate cancer.

To further optimise the benefits of PSA testing, it needs to be targeted at the appropriate age group, namely 50- to 69-year-old men. Older men (or those with reduced life expectancy because of medical illness) are unlikely to benefit from prostate cancer treatment and should not undergo PSA testing.

On the other hand, men in their 40s (or younger) usually have a very low risk of developing prostate cancer. They should only undergo PSA testing if there is a family history (which confers an increased risk). These recommendations form the centrepiece of clinical practice guidelines developed by the Prostate Cancer Foundation of Australia (PCFA) in 2016.

It remains uncertain exactly how often PSA tests should be repeated to be most effective. In line with a prominent European trial that demonstrated the greatest reduction in prostate cancer deaths, the PCFA guidelines recommend PSA tests every two years.

If you have an abnormal PSA test

Further steps can be taken after a PSA test to reduce potential harms of over-diagnosis and over-treatment. Firstly, it’s essential to obtain confirmation of the high reading and check whether there’s a cause other than cancer, such as a urinary tract infection, blockage or trauma (even from a long bicycle ride).

If an abnormal PSA reading is confirmed, prostate biopsy is carried out as the definitive diagnostic test for prostate cancer. Infectious risks of prostate biopsy can be mitigated by alternative techniques such as the transperineal approach where the biopsy needle passes through skin rather than through the rectum as is usual. Many Australian centres now use transperineal biopsy.

Current use of prostate MRI in Australia continues to have some accessibility limitations, which will hopefully reduce over time. Since MRI results are very dependent on the power of the scanning magnet, the technique of the scan and the expertise of the interpreting radiologist, they are not yet widely available. There are also significant expenses, since a Medicare rebate for prostate MRI is still under review.

If a man is diagnosed with prostate cancer, it’s important that treatment decisions are tailored individually. Most importantly, low-risk prostate cancers should be increasingly kept under active surveillance, thereby delaying, or perhaps even altogether avoiding, treatment and related side effects.

Conversely, high-risk prostate cancer needs early and aggressive treatment to achieve the best possible outcomes. Currently available methods for working out how prostate cancer might behave draw on information from PSA tests, physical examination, scans and biopsy. Emerging technologies such as genomic tests may help further refine the accuracy of this predictive process.

Advances in clinical practice have helped reduce some of the harms of PSA testing while preserving the potential benefits. However, ongoing work is needed to further improve outcomes for men with prostate cancer. There are risks and benefits men need to consider in the process of making an informed decision in consultation with their GP.