Why People With Cancer Go To The Emergency Room 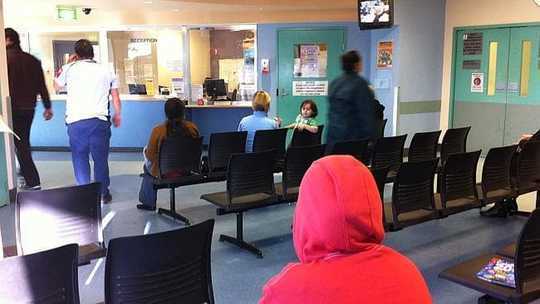 Cancer patients most often head to the emergency department for pain, nausea, and shortness of breath, research finds.

There are an estimated 15 million people in the United States with active cancer.

“We are seeing patients with active cancer every single day in our emergency department and most cancer centers with attached emergency departments are experiencing the exact same thing,” says David Adler of the University of Rochester Medical Center. He is a professor of emergency medicine and public health sciences, and works at Strong Hospital.

As reported in JAMA Network Open, the researchers were able to detect patterns and details about patient conditions, in real time, and use the information to formulate goals for improvements.

The study involved 1,075 patients at 18 emergency departments associated with cancer centers in the US. The majority had received cancer treatment in the preceding 30 days and more than half had advanced or metastatic disease.

Pain was a problem in 62% of the patients. Poorly controlled pain was common during the week before the emergency department visit, the study finds.

Surprisingly, Adler notes, only 8% of patients with active cancer had been engaged with palliative care services, which focuses on preventing and treating pain and other symptoms, and improving quality of life.

In addition, more than half of the patients across the US who came to emergency departments had not signed an advanced directive. This is a document stating the patient’s expressed wishes about medical care if he or she cannot communicate.

“This is a system failure,” Adler says. “Whether the issue lies with primary care doctors or oncologists, or others—the problem is that when a cancer patient gets to the emergency department it may be too late to see this through.”

Another key finding: two-thirds of the patients were admitted to the hospital from the emergency department, but 25% of them stayed less than two days—suggesting an opportunity for better outpatient management, Adler says.

“One reason that emergency physicians may choose to admit cancer patients is to guarantee that the patient connects with a specialist or an oncologist as soon as possible,” he says. “If you discharge a patient, it allows for risk of inadequate follow-up, especially if the person lives in a rural or underserved area.”

In a further analysis of the same data, Adler and colleague Beau Abar, associate professor of emergency medicine, confirm the validity of a triage tool widely used by emergency departments for patients with active cancer.