What Are Autoimmune Diseases? 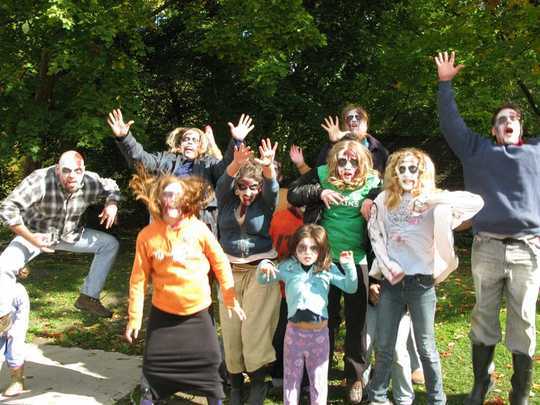 Autoimmune diseases, which include a range of around 80 different illnesses from rheumatoid arthritis to type 1 diabetes and multiple sclerosis, occur when the immune system attacks the body.

These diseases are fairly common, affecting around one in 20 people in Australia and New Zealand, but they’re often under-appreciated because although they lead to long-term debilitating disease, they’re rarely a primary cause of death.

The immune system protects the body by recognising and dealing with a wide range of infectious agents, including viruses, bacteria, fungi and parasites (collectively known as pathogens). It functions like an army, patrolling the body looking for pathogens, and either containing them or killing them before they can cause infection and illness.

In order to handle a broad range of pathogens, the immune system produces millions of individual cells with the capacity to detect different, randomly generated targets. Since the immune system has no way of knowing what pathogen it may encounter, this approach gives it the ability to detect a nearly limitless range of targets.

When an immune cell first encounters its target, it replicates, so a large number of cells are able to recognise that same target. This provides the immune system with enough cells to contain and kill that pathogen as well as a stockpile of cells that will recognise the target quickly in the future.

This is how vaccination works – the vaccine causes replication of immune cells that can target specific pathogens and protect from future infections.

One unfortunate side effect of producing cells that can recognise so many targets is that some cells will recognise targets within our own bodies. Under normal conditions, these cells are removed from the system, so they don’t attack.

But in some people – for reasons that remain poorly understood – these cells are not removed. The cells think they’re attacking a pathogen when they attack the body – and they cause autoimmune disease. Each autoimmune disease results from immune cells attacking a different target within the body.

Similar conditions, such as asthma and allergies, are often confused with autoimmune diseases. But they’re not considered to be autoimmune because they don’t result from immune cells attacking their own body. Rather, they’re caused by immune cells recognising and reacting to a target that doesn’t cause disease, such as pollen in allergic asthma or peanut protein in food allergies.

Current approaches to treating autoimmune disease control symptoms rather than cure. In most cases, treatments known as functional replacement therapies replace a function that’s lost during disease (such as insulin injections in type I diabetes). 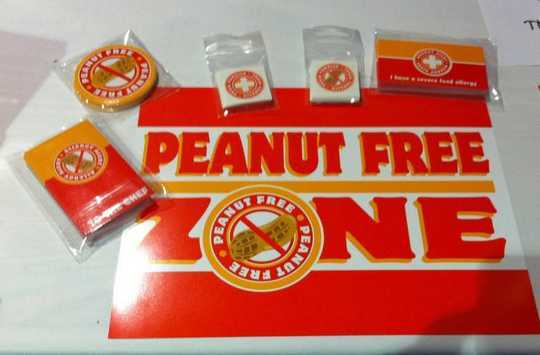 Peanut allergy is not an autoimmune disease because it doesn’t result from immune cells attacking the body. GFAF Expo/Flickr, CC BY-NC-SA

In severe cases, medications that completely block immune responses are used to reduce disease symptoms. This is known as immunosuppression, and these medications require a delicate balancing act; while blocking the immune response may protect from autoimmune disease, this unfortunately leaves the individual open to severe infections.

There are many recognised autoimmune diseases and a growing list of illnesses not traditionally thought to be linked to the immune system, such as schizophrenia and narcolepsy, are now being recognised as having autoimmune components.

Approximately 10% to 15% diabetics have the autoimmune form of the disease, known as type 1 diabetes.

Formerly known as insulin-dependent or juvenile diabetes, this illness is caused when the immune system attacks the beta cells in the pancreas. The pancreas is a gland located behind the stomach and beta cells normally produce insulin (beta cells are still present in type 2 diabetes but no longer respond properly to the body’s demand for insulin).

Insulin regulates levels of sugar (glucose) in the body, ensuring you store and break it down properly. In the absence of insulin, the body starts to use fat as a substitute energy source, leading to a build-up of dangerous chemicals in the body which can cause a potentially fatal condition known as ketoacidosis.

Multiple sclerosis affects the nervous system. Nerve cells in the brain and spinal cord communicate signals throughout the body and are wrapped in a protective cover called myelin that allows these signals to travel quickly.

The immune system attacks and damages this covering in people with multiple sclerosis, interfering with signals and causing a wide variety of physical and mental symptoms. The body is unable to repair the damage, and symptoms generally get progressively worse.

The patterns of autoimmune attacks can differ between people resulting in slightly different forms of disease. Some people get steadily worse while others have many short attacks, with stable periods in between. Current medications can only slow disease progression and manage symptoms.

Arthritis is a term for a range of conditions that result in damage to the joints, causing swelling, pain, stiffness and decreased movement. While different forms of arthritis have different causes, rheumatoid arthritis results from an autoimmune response against targets within the joint.

In rheumatoid arthritis, immune cells attack the joint surface damaging the cartilage that normally coats the bone, leading to bone grinding directly on bone. This leads to permanent damage to the bone and tissues surrounding the joint, causing pain and decreasing mobility.

The number of autoimmune diseases is growing as we discover more and more illnesses have an underlying autoimmune component. Current therapies mainly aim to replace a lost function in patients, or to broadly block inflammation.

Only through an improved understanding of how autoimmune disease starts and how each disease develops will we be able to provide improved therapies and ultimately cure these diseases.