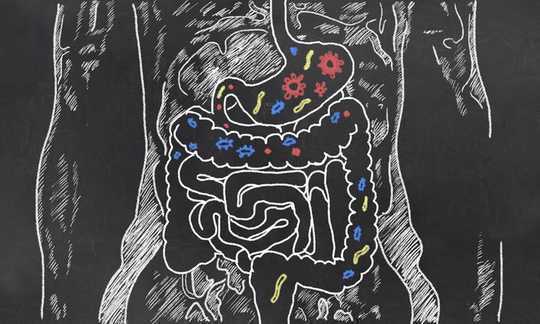 We choose our food for a variety of reasons, including personal preference, availability, cost and healthiness. But we should also take our gut microbes’ preferences into account, a new study published in Cell suggests.

The bacteria in our guts, collectively known as the microbiota or microbiome, live on the fibre and other chemicals that come their way from the foods we eat. “Fibre” is an umbrella term that covers a wide range of sugar-based molecules (polysaccharides). It’s not clear how individual plant polysaccharides affect the growth of different species of beneficial gut bacteria.

While we know that people who eat a greater number of different plant-based foods have more diverse, healthier microbiomes, less is known about exactly which bacteria prefer which foods.

To find out about the foods that each type of bacteria prefers, the authors of the aforementioned study published in Cell, raised mice in sterile conditions and gave them a set of 20 different species of human gut bacteria. At the start of the experiment, the mice all had a similar set of gut microbes. They then fed the animals a high-fat, low-fibre diet that’s typical in the US. This was supplemented with 34 purified fibre preparations made from fruit and vegetables.

The researchers observed how the animals’ microbiomes changed as a result of their diets. They found that certain bacteria prefer different fibre supplements, and when their favourite food is available, the proportion of those microbes in the gut increases. For example, mice that ate a lot of pea fibre had a much higher proportion of a bacteria called Bacteroides thetaiotaomicron at the end of the experiment.

But food fibres aren’t made up of just one compound. They often contain a variety of long-chain polysaccharides that we can’t break down without the help of gut bacteria. To find out exactly which polysaccharide molecules increased the numbers of specific microbes, additional experiments looked at various bacterial species. For the Bacteroides thetaiotaomicron, for example, the increase in abundance is driven by a molecule in pea fibre called arabinan. 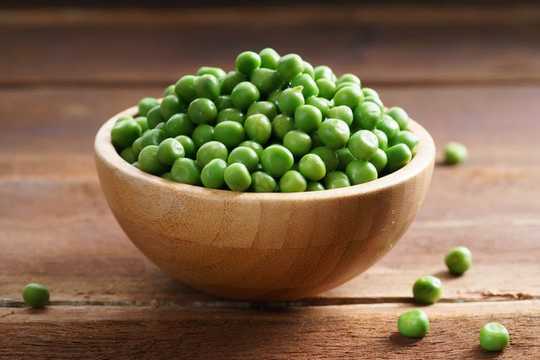 Manipulating your microbiome is not so simple

The microbiome is a complex community made up of billions of bacteria. It is important to understand how the food we eat affects our microbiome as a whole and not just individual bacterial species. Simply supplying a particular type of fibre is no guarantee that specific bacteria will show up to eat it. And if the same food is preferred by two competing species of bacteria, one beneficial and one potentially harmful, how do you ensure that the healthier species gets the lion’s share and thrives?

To understand which microbes get first pick of the nutrients, the researchers set up competitions for food between different bacterial species. They used magnetic beads coated with fluorescent fibre molecules to see which bacteria metabolised each fibre type and how the presence of other bacteria influenced their choices.

As might be expected when there are plenty of bacteria and a limited supply of favourite foods, bacteria competed for certain fibres. Importantly, the researchers found that the bacteria adapt to changes in circumstances. Some species were able to adapt to the presence of others who preferred the same fibre, switching to a different food source. Other microbes remained determined to have their favourite meals.

What does that mean for our microbiomes? It suggests that certain strains can adapt more easily to changes in diet and these may be the best for building a resilient gut community.

Still a lot to learn

It’s becoming increasingly clear that what we eat and drink has a profound impact on the makeup of the gut microbiome, and therefore a huge impact on nutrition and health. But we have a lot of work to do before we really understand the effects of real food on our real-life microbiomes and how our gut bacteria affect our health.

Together with my colleagues at King’s College London, Massachusetts General Hospital, Stanford University and ZOE, we’re running the world’s largest study (PREDICT) investigating how individuals and their unique microbiomes respond to different foods. So far, the results show large and consistent differences between people to the same foods. Even identical twins, who share 100% of their genes and much of their upbringing and environment, can have very different responses to the same foods.

More surprising still, the identical twins in our study only shared slightly more microbe species than unrelated people, which may help explain the difference in nutritional responses. By the end of our studies, with the help of citizen scientists we hope to be able to shed light on the complicated relationship between what we eat, our microbiome, our personal responses to food and our health.

Scientists are interested in finding ways to manipulate our responses to food and improve our health by intentionally changing the inhabitants of our gut. Uncovering the connections between different types of fibre and bacteria suggests that the molecules identified by the researchers in the Cell study could eventually be used in so-called microbiota-directed foods to increase the numbers of particular beneficial bacteria in the gut and boost microbiome diversity.

Many of the fibre supplements tested in their experiments were made from fruit and vegetable peels left over from making products such as soups and smoothies. These products could provide sustainable, cheap fibre that could easily be incorporated into food products. But before we start tinkering with our gut inhabitants in this way, we need to know how to do it safely – encouraging the “good” bacteria and controlling the “bad” ones – to create the right bacterial balance for everyone.