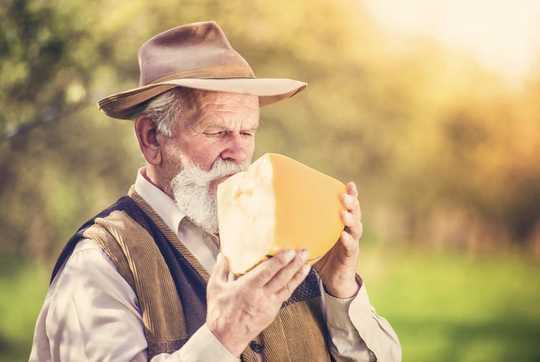 Spending a lot more time in your house doesn’t have to make you any less curious about the world around you. Just look inside your kitchen cupboards and there’s a wealth of chemistry just bursting to get out. Here are some surprising facts about the food you eat: why some things taste hot and cold without changing temperature, the chemistry behind cheese connoisseurship, and why a squeeze of lemon could make beetroot – and some fish – more palatable.

Why mints are cold but curries are hot

Our nervous system is packed with receptors, which are proteins embedded in cell membranes. Ions generally cannot move freely across these cell membranes, but must enter or exit a cell through ion channels (which you can think of as tiny gates) which convert chemical messages into electrical signals, which your brain interprets as a sensation. Under certain conditions, ion channels open and allow the ions to move in or out of the cell, creating an electrical signal. For the most part, the receptors detect the correct stimulus, be it chemical, light, or vibration. But sometimes these ion channels can be fooled.

Transient receptor potential channels (or TRPCs) are a type of ion channel which behave like mini thermometers. An example of which, called TRPM8, responds to lower temperatures (below 26°C) and to the menthol molecule found in minty flavours. So when you eat something minty, this ion channel opens and your senses are fooled. The cooling sensation it produces means menthol is found in many applications such as lip balms, decongestants, cough mixtures, mouthwashes, toothpastes and treatments for aches and pains. Some athletes say their performance improves when inhaling minty flavours, and that’s why they chew gum.

Another example of this type of ion channel is TRPV1. These channels respond to heat (above 43°C) and capsaicin (a molecule found in chilli peppers) also activates them. The burning sensation in your mouth when chewing chillies is due to capsaicin. Your brain is convinced you’re eating something hot, despite no actual change in physical temperature. These receptors are clustered on our tongue, in our mouth and on our skin because their aim is to prevent us from sensations that will burn us but capsaicin also triggers it too, giving a false response.

Have you ever put your hand in really hot water and it has initially felt cold? Some cold receptors can be activated by both low temperatures and extremely high temperatures and is a phenomenon known as paradoxical cold sensation. It’s usually corrected within a matter of seconds.

Have you ever jumped into really cold water and noticed the initial shock wears off pretty quickly? The proteins in the ion cells become desensitised, so it’s not quite as bracing as your body gets used to it. This is highlighted by frequent cold-water swimmers, who generally don’t have the extreme response to cold as novices do. 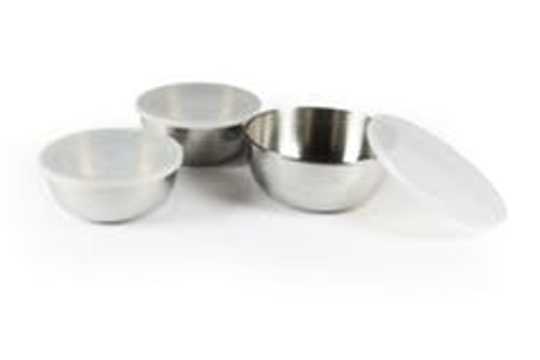 You can demonstrate really easily how our heat sensors can be fooled. Get three containers, large enough so you can submerge your hand. Fill one with cold water, one with hot water (usual bath temperature is fine) and one with warm water. Place the container filled with warm water in the middle of the three. Place one hand in the cold water and one in the hot water for one minute. Then simultaneously put your hands into the middle container containing the warm water. You’ll be amazed at the perceived difference in temperature and the ease at which we can fool certain ion channels.

Cheddar that tastes of boiled potato 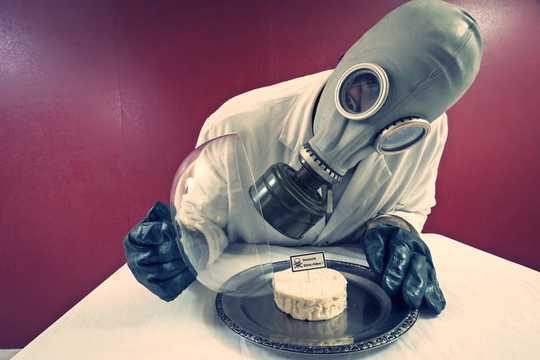 Milk is primarily water, and suspended in the water are solids – mainly proteins called casein and whey. To make cheese, you have to separate these two proteins. If the milk is not heated (unpasteurised), bacteria naturally present will start to turn it sour.

But the milk used to make cheese these days is pasteurised and heated to remove unwanted bacteria, so the bacteria which gives cheese distinctive flavours (such as Streptococci and Lactobacilli) are added afterwards, along with an enzyme called rennet, and the mixture is processed at 30-40˚C for a couple of hours. During this time, lactose – the natural sugar in the milk – is fermented into lactic acid, reducing the pH at which point the rennet helps to coagulate the casein protein, forming curds.

Curds have the consistency of a rubbery gel. They are set for an hour or two before the liquid whey is separated by cutting the curds into small pieces and draining it away. What you’re left with is cottage cheese. These drained cheese curds have a soft consistency, with some of the whey still present. Ever wondered why cottage cheese doesn’t have a strong taste but does taste slightly sharp? It’s due to the pH decrease and the fact the volatile flavours haven’t had the time to develop.

Some cheeses have additional bacteria injected into them or brushed onto their surface to mature into distinctive tastes. Others are warmed to release more whey, making them firmer and less rubbery. Softer cheeses ripen faster by the action of bacteria as they contain more water. That’s why hard cheeses such as parmesan can last for weeks in your fridge – it contains less water, which bacteria find difficult to survive in.

The longer you leave a cheese before eating it, the more lactose is converted into lactic acid so older cheeses tend to have a sharper taste. In cheddar, the curds are mixed with salt before the whey is drained and this makes it a difficult breeding ground for bacteria. Extra mature cheddar is much stronger in flavour than mild cheddar and needs to be matured for over a year. During this time, the proteins are chopped up into amino acids, which break down further to produce all the different flavour chemicals.

Gorgonzola and other blue cheeses get their distinctive taste from a class of chemicals called methyl ketones. In gorgonzola, 2-heptanone and 2-nonanone impart “blue cheese” notes. But try some gorgonzola to see if you can also taste 1-octen-3-ol (mushroom), 2-heptanol (fresh, lemongrass), ethyl hexanoate (apple), ethyl butanoate (pineapple), 2-nonanol (waxy) and 4-methylanisole (mothballs!).

When you tune your taste buds into the different flavours, why not try these:

It’s amazing to think that all the flavour molecules found in cheese derive from just three starting materials – lipids in the milk fat, lactose (a sugar) and casein (a protein). 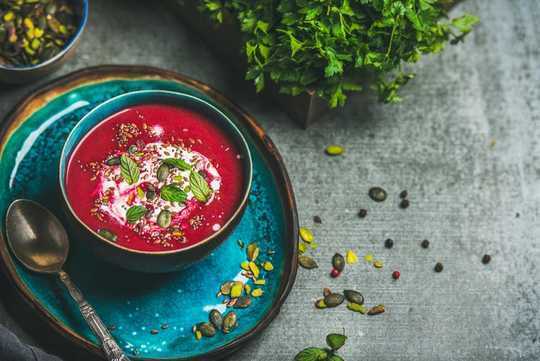 Beetroot soup – or is that mud soup ..? Foxys Forest Manufacture/Shutterstock

Some people just don’t like the taste of beetroot. If you ask someone what it tastes of, chances are they’ll use the words “earthy” or “muddy” and is quite unlike the taste of any other food. The chemical geosmin is responsible for this.

Geosmin is a terpene, produced by a class of plant-eating microorganisms called Streptomyces coelicolor and are released when they die. Terpenes are a strong-smelling class of compounds and help to protect plants from parasites and predators.

The amount of geosmin in beetroot is genetically determined and food scientists rate varieties based on geosmin concentration. Some varieties contain two or three times more geosmin than others, so if the earthy flavour is what’s stopping you from enjoying it, choose your variety carefully.

While some people like the earthy taste of beetroot, geosmin isn’t a molecule welcome elsewhere. People who take their drinking water from surface sources may experience a muddy taste. There have been cases where utility consumers complain about the taste of their water and it has been traced back to geosmin. Also, blue-green algae release geosmin when they die and this can be absorbed by certain freshwater fish such as trout or eel, which can give them an unpleasant taste. Geosmin is rendered odourless by an acid, so these fish are often eaten with a squeeze of lemon juice. And people who don’t like the taste of beetroot may find it more palatable when eaten with lemon.

If you’re struggling to know what foods pair well with beetroot, why not try them with other earthy flavours generated by aromatic pyrazines? Foods such as roasted onions, coffee or even dark chocolate might sound like an odd combination, but complement beetroot really well.