How Tweets About Cannabis' Health Benefits Are Full Of Mistruths 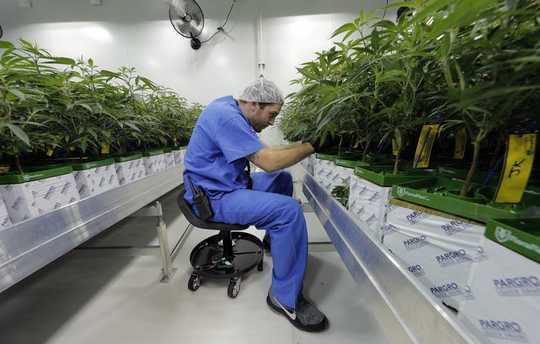 There has been a lot of talk in the U.S. about legalizing recreational cannabis, and about cannabis’ potential to help with health issues.

Scientists working in medicine may have a lot to discover about cannabis’ ability to improve health. However, the medical community does know that short-term health consequences of cannabis use include impaired short-term memory, impaired attention, impaired coordination and sleep problems.

I study ways to inform public health and policy using data from social media. As part of my research, I monitor Twitter conversation topics pertaining to health-related attitudes and behaviors, including what social bots – automated accounts that use AI to steer discussions and promote specific ideas or products on social media – post on the platform.

In our recent study, published in the American Journal of Public Health, my colleagues and I wanted to describe topics of conversations pertaining to cannabis use. We also wanted to determine whether social bots were taking part in this conversation. 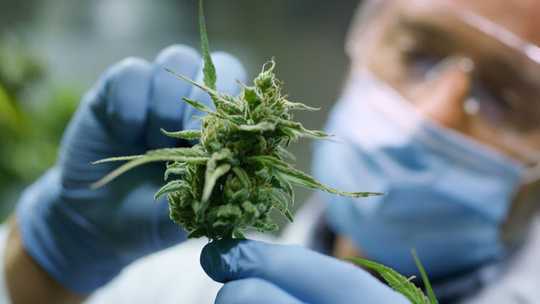 While proponents of legalizing cannabis say that the drug is safer than alcohol, repeated cannabis use is associated with the potential for cannabis dependence, other substance use disorders and increased risk of schizophrenia, among individuals with a specific genetic makeup.

Heavy cannabis use during adolescence may lead to lower cognitive functioning in adulthood.

Right now, cannabis is only approved for medical use by the U.S. Food and Drug Administration in a small number of instances. These include easing chemotherapy-induced nausea and vomiting, providing appetite stimulation in conditions like AIDS or HIV that cause weight loss, and managing two forms of pediatric epilepsy.

Where social media comes in

In our study, my collaborators and I collected cannabis-related tweets posted each week between May and December 2018. Then, we sorted tweets posted by social bots versus those from nonbot accounts using a research tool called Botometer. Botometer analyzes tons of characteristics of a Twitter account and gives each account a score based on how likely it is to be a bot.

We coded the tweets into 12 categories, including mentions of first-time use, health and legalization. Other categories included underage use, processed products such as edibles and using cannabis along with alcohol, painkillers and psychedelics.

When we compared posts from nonbots with posts from social bots, we found that some topics received more promotion from bots than others. For example, posts indicating that cannabis could help with health concerns represented a larger proportion of posts by social bots compared with nonbots.

Health-related information – including information about the health benefits and risks of nicotine, cannabis, and electronic cigarette use – is regularly sought out on Twitter.

The majority of U.S. adults look up, or discuss, a health-related concern over the internet. Previous research has demonstrated that health-related information posted online, including posts to social media platforms, can influence attitudes and behaviors.

Bots have a history of mistruths

Our study is not the first to demonstrate that social bots post health-related tweets full of mistruths. In 2018, researchers reported that bots disseminated anti-vaccine messages on Twitter. Before that, researchers found that bots touted the benefits of electronic cigarette use in smoking cessation.

Misleading messages are now pervasive online, and it is important for the public to understand the difference between a demonstrated, scientifically backed piece of health information and claims that are simply made up.

Our study only looked at Twitter, and results may not reflect what’s happening on Facebook or other social media platforms. The posts in our study were collected from an eight-month period and may not extend to other periods. Findings may not generalize to all Twitter users or to the U.S. population.

Nonetheless, findings like ours underscore the need for health education campaigns designed to correct misconceptions about the health benefits of cannabis use. Policies may also need to be implemented to identify and tag false health claims on social media platforms.