What Does A Healthy Diet Look Like For Me And The Planet? 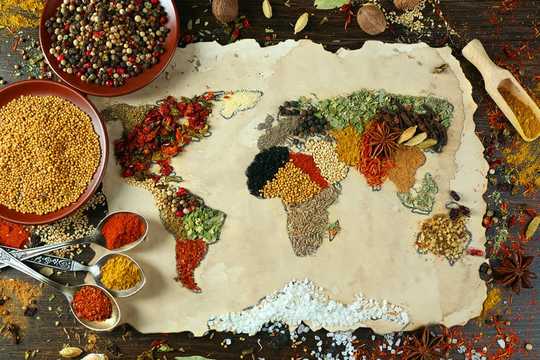 I want people to think about the food that they eat not just from “field to fork” but from “seed to soul”. I’ve studied how to make the world’s food supply sustainable for more than 30 years, so people often ask me what’s the best diet for the planet. The problem is, most people want easy answers to that question. Sadly, there are none.

For example, I’ve often thought about becoming vegetarian for ethical and environmental reasons. But I wouldn’t want to eat soya or other foodstuffs imported from the other side of the world because of the carbon emissions involved in transporting them. And if we’re going to acknowledge the ethical quandary of eating animals, what about the animals in the soil? Why is crushing, slicing, and dicing mini beasts in agricultural operations alright, but not for the big beasts? When I follow these arguments through to their full conclusions, I end up as an organic, temperate, fruitarian – only eating fruit grown close to home, without the use of pesticides.

When it comes to finding a sustainable diet, there are many contradictions. A concept such as food miles can be helpful for figuring out the carbon emissions involved in bringing particular food items to your plate. It’s simple to understand – but it’s also likely to be meaningless. After all, it’s not just about how far something has travelled, but the environmental cost of that journey and how it was originally produced.

It can be argued that New Zealand lamb consumed in the UK has less of an environmental impact than locally produced lamb. New Zealand lamb production involves fewer carbon “rich” inputs such as fertilisers. There is also a highly efficient transport system in New Zealand that is based on bigger farms and bigger lorries – producing and transporting more meat with less land and fewer emissions. This results in less greenhouse gas per kilogram of meat. 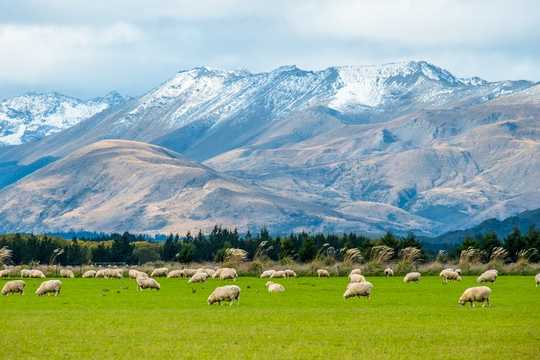 New Zealand lamb is exported all over the world. Klanarong Chitmung/Shutterstock

But just because things are complicated, it doesn’t mean that we should give up. It’s clear that our health and the planet would benefit if people ate more fruit and vegetables and less meat. Eating seasonal produce, or food fresh from the fields, is a good idea too, particularly as it reconnects people with food and the land in which it’s produced. It forces us to engage with the reality that different crops are produced at different times of the year. Strawberries are a celebration of summer, spring greens of the spring.

But what does a seasonal diet look like for someone living in a temperate climate such as the UK’s? With the help of technology, we can grow many exotic crops in the UK which would otherwise perish in the climate. The problem is that much of this involves carbon-hungry technology, such as glasshouses heated by burning gas or vast fields of plastic polytunnels.

What would our diet look like if we grew all our food within the natural seasons and climate of our local area?

Summer is great as we can feast on a wide range of fruits and vegetables. It’s easier during this season to follow the health advice to eat the rainbow. That is, to eat as broad a spectrum of colourful fruit and vegetables as possible. British summer affords strawberries, radishes, tomatoes and blueberries.

There are salads and summer puddings to enjoy for an injection of other colours, particularly green. If people are clever, many crops can be preserved for the coming winter. Ironically, during summer when much of our natural produce is plentiful, the UK still imports much of its food.

As we move into autumn, unless crops are protected by growing them inside a glasshouse or polytunnel, many of the more delicate foodstuffs start to wither away. We become increasingly dependent on roots such as beetroot, carrots, potatoes, swede and parsnips, and the leafy brassicas such as Brussels sprouts, cabbage, cauliflower and kale. Of course there are other ingredients – let’s not forget leeks and swiss chard – but this is a time to hunker down and embrace what the Scandinavians call “hygge”. Getting cosy and comfortable with stews, soups and broths. 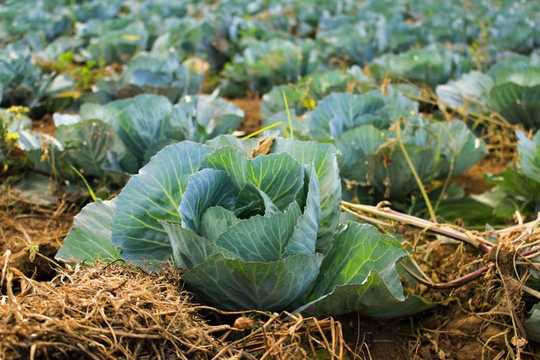 Autumn – a time for root veg and brassicas. Arnaldo Aldana/Unsplash, CC BY

Things get more austere as winter progresses. This is one reason why our ancestors had midwinter feasts around Christmas and the winter solstice. Nights were long, they needed to have a party to forget the winter and look forward to spring. Even in late February and March, when we start thinking of spring, there’s a hidden problem – the hunger gap. This is when the autumn crops that have survived through winter start to die off and the spring crops are yet to come.

Little things such as purple sprouting broccoli – also known as poor people’s asparagus – can offer some solace as they are ready to eat in winter. Of course, we can also preserve food from one season to another, but this requires energy. There are traditional skills that require less energy, but at the same time demand increasingly rare knowledge and time.

For example, how many people bottle their surplus fruit and vegetables or pickle eggs? Consuming local seasonal food in large amounts throughout the year will mean restructuring traditional food production systems and supply chains. These have been decimated by the concentration of food supply in the hands of fewer and fewer retailers and contract caterers. Winter would test our ability to preserve the bounty of summer and autumn, but spring would relieve us with artichokes, beetroot, new potatoes, rhubarb, rocket, sorrel and spinach. After that, the cycle begins again.

As I say, a truly sustainable food supply isn’t going to be simple. Much of it involves reviving cultural knowledge and processes that commercial supermarket chains have replaced. But the rewards of a local and seasonal food supply are great for nature and your health. Reconnecting with the land and its seasonal rhythms could do us all a great amount of good.