Yes, We Still Need To Cut Down On Red And Processed Meat 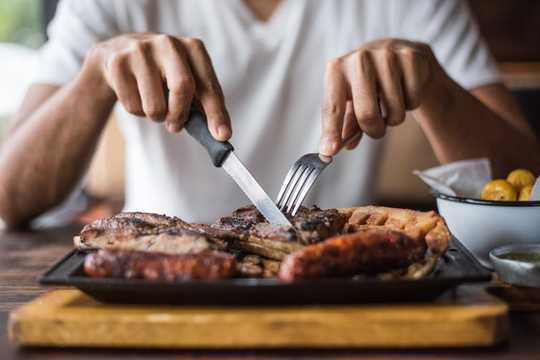 Eating lots of red meat increases your risk of cancer and a range of chronic diseases. Sailing Gypsy/Shutterstock

Judging by some media headlines this week, you’d be forgiven for thinking researchers, clinicians and the Australian Dietary Guidelines have it all wrong when it comes to eating red and processed meat:

But that’s not the case.

The World Cancer Research Fund continuously evaluates the evidence. To reduce your risk of bowel cancer they advise limiting your weekly intake of unprocessed cooked red meat to 350-500g. For processed meat, the advice is to eat little, if any at all.

This is consistent with advice in the Australian Dietary Guidelines to reduce risk of chronic diseases such as heart disease, type 2 diabetes and some cancers.

So, why all the headlines?

This week’s coverage comes from four systematic reviews published in the journal Annals of Internal Medicine. The four reviews looked at the risk of heart disease, type 2 diabetes, some cancers and death (during the follow-up period) among those with the highest versus lowest intakes of red and processed meats.

The authors also published recommendations advising that people shouldn’t change their meat eating habits, implying they shouldn’t cut back on meat. This is in direct opposition to national and international guidelines.

Let’s take a closer look at what the evidence says and how the authors got to their conclusions.

This systematic review of 105 existing studies looked at associations between low and high intakes of red and processed meat combined, rates of death during the study follow-up, and getting heart disease, diabetes and cancer.

When the authors pooled data from all studies, they found lower intakes of red and processed meats were associated with significantly lower relative risks of many conditions, although absolute risks were small.

Relative risk compares disease rates in one group (high meat eaters) to another group (lower meat eaters), while absolute risk takes into account how common the disease or likelihood of dying from the condition is in the first place.

Compared to people who ate the most red and processed meat, people with lowest intakes were:

This review examined the relationship between intake of red and processed meat, and cancer incidence and death. It included 118 studies from 56 groups of people.

This review looked at the data in a slightly different way. Risk was assessed based on reducing intakes of meat to three serves per week. This level of intake was set based on the authors’ conclusion that people weren’t likely to reduce their intakes below this level. However, it’s unclear exactly how much meat those with “high intakes” consumed.

This systematic review examined the association between red and processed meat, and a lower life-expectancy, heart disease, stroke and type 2 diabetes. There were 61 studies on 55 cohorts of people.

This review also looked at health risk, with the lowest-intake group consuming three serves a week. 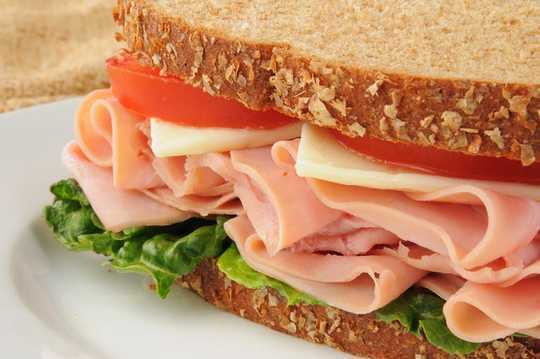 It’s best to limit your intake of processed meat as much as you can. MSPhotographic/Shutterstock

This review evaluated the impact of lower – versus higher – red meat intakes on the incidence of heart disease, stroke, diabetes and cancer outcomes in 12 randomised trials.

While the researchers identified 12 eligible trials, they were so varied – ranging from having just 32 participants followed for one year, up to over 48,000 women followed over eight years – that it makes the review results almost meaningless.

The recommendation ended up being predominantly based on that one large trial – of postmenopausal women advised to follow a low-fat diet. The authors found no difference in health outcomes when they compared the combined red and processed meat intakes of women in the low-fat group compared to the usual-care group.

The studies include a number of shortcomings.

Second, the researchers decided to exclude cohort studies (where participants are observed over time without any specific intervention) with fewer than 1,000 participants. This means some fairly large studies will have been excluded, which could alter the results. 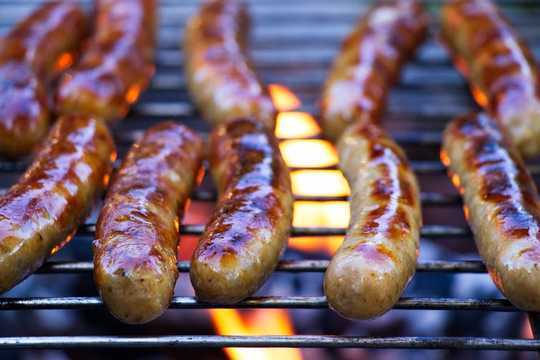 Yes, you still need to put a limit on snags. Encierro/Shutterstock

Third, when talking about a small reduction in absolute risk, the researchers don’t acknowledge the potential impact at the population level.

In these studies, the difference in the actual number of diagnosed diseases or deaths was relative small between those with the lowest meat intakes compared to the highest. This difference ranged from three fewer people per 1,000 people having a stroke, to 15 fewer per 1,000 people dying from any cause.

But a small reduction in disease at the population level can translate to thousands of people not experiencing a particular health condition over time.

Finally, the authors don’t present full diagrams, called Forrest Plots, to allow us to see how much individual studies influence the overall results. This would show whether the studies are all having about the same effect, or if the results are due to just one or two particular studies.

How did they come to their conclusions?

While the authors of these reviews used similar data to other international reviews such as that undertaken by the World Cancer Research Fund, a major difference is in how the results are interpreted.

The researchers used an extremely stringent approach to evaluate the quality of the evidence. This led to authors downgrading every outcome to a “low” or “very low” certainty of evidence.

Based on their assessment of the evidence, the authors advised adults to continue their current unprocessed meat and processed meat intakes, which they termed as a “weak recommendation” with “low certainty evidence”.

While the authors question the validity of observational cohort studies, the reality is that long-term randomised controlled trials would be impossible, and unethical to conduct. You can’t assign large numbers of people to a lifetime diet high in processed and red meat, versus a low meat diet, and then wait for ten to 20 years or more to see what diseases they get and what they die from.

Poor diets are a leading contributor to chronic disease and need to be addressed with preventative health policies. If all Australians ate like the current dietary guidelines, we could expect to see heart disease drop by 62%, as well as 41% less type 2 diabetes, 34% fewer strokes and 22% less bowel cancer. – Clare Collins

This is a reasonable critique of these reviews and has picked up the fact that the methodology used to assess studies automatically graded the results from cohort trials as low or uncertain. This ignores the fact that large, long-term, well-conducted cohort studies involving over six million people have yielded valuable data on dietary patterns and health.

The many criticisms of the reviews include that the

Part of the recommendation was based on their paper which found that most meat-eaters were reluctant to eat less meat and doubted their ability to prepare meals without meat.

The self-appointed panel who did these the reviews did not agree on the conclusions, with three out of the 14 recommending a reduction in red and processed meat. Interestingly, only two of the 14 personally consumed more than the amount of red meat recommended in most dietary guidelines.

A previous paper by some of the same authors rejected guidelines that recommend consuming less sugar. On that occasion, four of the five authors declared funding during their study from the International Life Sciences Institute, a major lobby group for processed food companies. – Rosemary Stanton