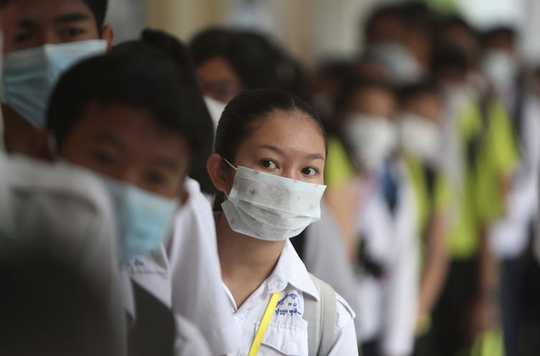 The coronavirus outbreak in China raises important questions about how well governments manage the latest pathogens to jump the species barrier and infect humans.

The virus — known as 2019-nCoV — has now been diagnosed in people in several countries beyond China. The virus’s suspected source is bats.

Coronavirus is transmissible between humans, stoking fears that it could become the next great global pandemic. As the World Health Organization declares a global emergency, it’s also fanning a pandemic of fear.

In one Canadian school district, a petition from parents asked that children whose families visited China be kept out of school for 17 days. (Current estimates put the incubation period for the virus between two days and two weeks.) The request was denied, with the caution that the virus is not Chinese (it merely originated in China) and that the petition was discriminatory. 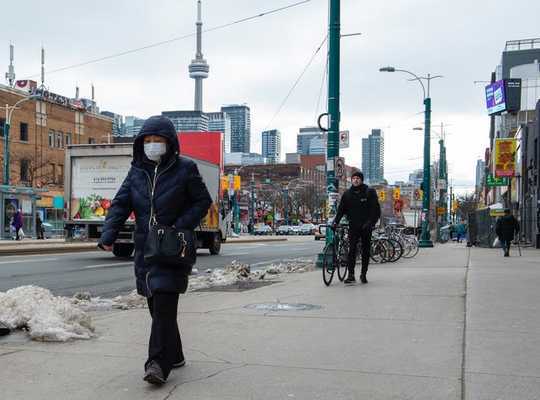 A pedestrian wears a protective mask in Toronto after Canada’s first presumptive case of the coronavirus was officially confirmed. THE CANADIAN PRESS/Frank Gunn

The Chinese government’s unusual decision to quarantine millions of people and to impose travel bans (since replicated by other countries) has similarly surprised many infectious disease specialists. Whether such actions are wise preventive measures or costly overreactions remains to be seen since it’s unclear how contagious and virulent the coronavirus is.

It could mutate or gain a foothold in low- or middle-income countries that lack the public health surveillance and infection control capacities to effectively manage outbreaks. This uncertainty feeds fears that are easily fuelled by social media, where the difference between falsehood and fact remains blurred and prejudices are easily fomented.

The unfolding events are as much sociological as biological, with politics and economics equally at play. China’s semi-quarantine is already seen as posing a risk to the global economy that could have more negative health impacts than those likely to be caused by the virus itself.

Both SARS and Ebola raised concerns over how well states and their global governance arrangements are able to respond to pandemics. The situation has since changed globally (WHO established new international health regulations, now invoked as the virus spreads) and in Canada with the creation of the Public Health Agency of Canada in 2004.

International response to this coronavirus also demonstrates considerable improvement, with rapid information flow and reporting of cases by Chinese authorities. But governance challenges remain, along with a growing awareness of the importance of what’s known as a One Health approach to pandemic outbreaks.

A One Health strategy recognizes that the health of humans is intricately linked to that of animals and their environments. In practice, it draws upon experts from human, animal and environmental health sciences, along with those in the humanities and social sciences, to build a response infrastructure that emphasizes information-sharing and co-ordination of actions across multiple sectors.

As public health experts, we are presently helping to create a new trans-disciplinary One Health network, known as Global 1HN, focusing on improved governance of infectious diseases and antimicrobial resistance locally, nationally and globally.

Effective One Health governance is based on three related actions: improved surveillance (detection), response (co-ordination and collaboration across sectors and levels) and equity (a focus on the most vulnerable). Improvement is needed in all three areas.

With the exception of influenza surveillance, few disease watchdog systems are currently effectively integrating information on human and animal cases. This makes them less capable of detecting emerging zoonotic diseases — infections naturally transmitted between people and animals — and to monitor their evolution.

Better integrated surveillance systems could result in the earlier detection of pathogens that cross the species barrier. Earlier response can slow the pathogen’s initial spread and lead to better information about how members of the public can protect themselves (and their animals) from becoming infected. Both pandemic risk and pandemic fear are reduced. 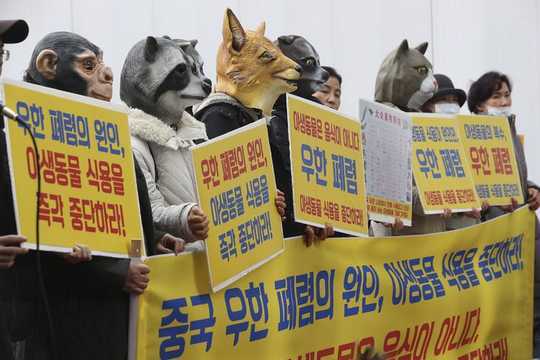 Co-ordination challenges also arise at higher levels from a lack of institutional mechanisms. This was apparent in Canada’s response to SARS in 2002, where fragmentation of government departmental mandates weakened effective response. The situation has improved in Canada since SARS.

Progress has also been made to integrate surveillance and governance at the global level across the three international agencies responsible for public health, animal health and agriculture.

But with no consensus yet on how to globally govern zoonotic outbreaks, there is still considerable room for improvements that build on One Health principles.

Until now, there’s been scant concern about how outbreaks hit the most vulnerable nations the hardest. Any pandemic policy response needs to promote health equity and incorporate the United Nations’ internationally agreed upon Sustainable Development Goals of “leave no one behind.”

This also requires an understanding of the sociopolitical and economic precursors to zoonotic risk. Foreign-owned mining and logging played a role in the West African Ebola outbreak, for example, by increasing human exposure to infected fruit bats and worsening civil conflicts while enriching global companies and their investors.

Separating the impact that deeply integrated historic, political and economic factors has on zoonotic disease makes clear the importance of social sciences in a One Health approach.

All of this shows that any effective response to outbreaks such as 2019-nCoV requires a One Health response. Our nascent Canadian-based Global 1HN network, comprising a trans-disciplinary array of One Health expertise, is working closely with federal policy partners and other networks globally to use existing experience and to generate new knowledge in support of more effective governance of infectious disease risk.

Just as the eventual reach and danger of the coronavirus remains unknown, so does the success of initiatives such as ours. But the goal is clear: neither a fear of pandemics, nor a pandemic of fears. Both are eminently achievable.