Can Popping Your Neck Cause A Stroke? 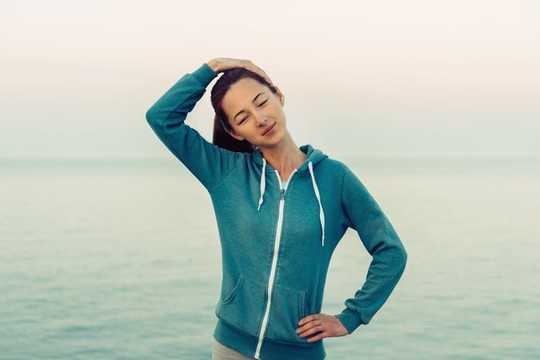 These cases are by no means isolated and there are many reports of them in the medical literature too. So let’s look at what happens when you pop your neck.

Neck “popping” or “cracking” is a common phenomenon that occurs naturally with neck movements. I’m sure you’ve heard your neck make these noises at some point in your life. But people can also deliberately pop their neck. While the term might suggest a violent movement, the sound is not caused by bones or ligaments cracking, but by a minor stretch leading to a temporary separation of the joint surfaces and the development of a gas bubble. Habitual neck poppers induce such cracking to relieve tension or to improve neck pain.

Popping your neck can cause a small tear (dissection) in the inner lining of an artery, which leads to blood clots forming. These often dissolve without causing any symptoms but they can fly off and lead to a blockage in an artery downstream, causing an ischaemic stroke – a condition where blood supply to part of the brain is cut off.

The two vertebral arteries (major arteries of the neck) join up to form the basilar artery that supplies the back of the brain with blood. They are vulnerable to injury by rotation and bending of the neck, as they pass through bony canals in the side arms of the vertebrae and are stretched when the neck is turned. 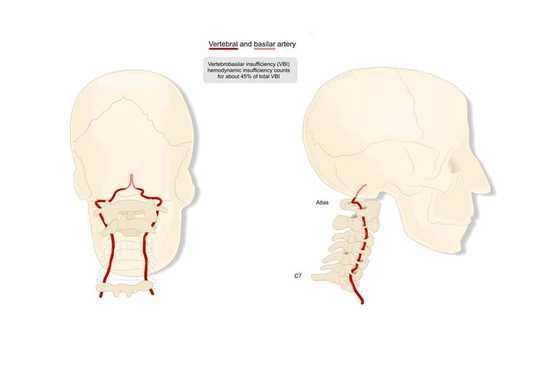 Habitual neck popping can weaken the ligaments that hold together the joints between the vertebrae, allowing for more extensive neck movement and so leaving the arteries more vulnerable to injury.

Hader told the Washington Post that he had had neck pain for a couple of weeks, stretched his neck lightly to provide relief using his hand to apply a bit more pressure and suddenly heard a pop. His left hand went numb almost immediately, he became unsteady and lost the ability to walk.

At Mercy Hospital in Oklahoma City where he was treated, Hader was diagnosed as having a stroke due to a vertebral artery tear.

The cause-and-effect relationship of Hader’s story seems convincing. But it is unlikely that the pop he described caused the tear in his artery that led to the stroke, as it would take more than a few minutes after the injury for the blood clot to form and fly off. It is more likely that the tear in the artery and the clot were already present when he popped his neck, but was dislodged by the movement.

The neck pain Hader experienced in the weeks leading up to his stroke may have been the first symptom of this tear.

Neck cracking in films. You know something bad is about to happen.

“Neck cracking” is an integral part of spinal manipulation performed by chiropractors and physiotherapists to alleviate neck pain. The sounds are commonly believed to indicate a successful procedure. Strokes are a well-recognised, if rare, complication of this procedure. Estimates for the incidence of arterial tear after this procedure range from 1 in 20,000 to 1 in 250,000 treatments.

This could be an underestimate, as stroke symptoms may only develop weeks after the injury, with the practitioner being unaware of the problem. Only a few cases linking self-induced neck popping and stroke are published. The number of people who crack their necks is unknown, but is probably large, suggesting a low risk.

Neck popping can cause strokes, especially when it is done regularly. But by current knowledge, the risk of a stroke is tiny. While cracking sounds in the neck during normal physical activity is nothing to worry about, it is best to avoid habitual neck cracking.