Your Brain, Healthy Fats, And The Importance Of Fitting Into Your Genes 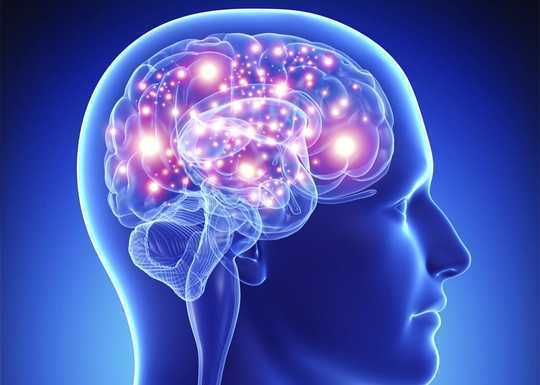 Our brains are extremely rich in fat. Indeed, about two thirds of the human brain is composed of fat, 35% of which consists of essential polyunsaturated fatty acids. What are these fats and how do they differ from the rest?

All fats have a similar chemical structure which essentially consists of a lengthy chain of carbon atoms bonded to hydrogen atoms. You can think of this as a sturdy, long tree where every branch consists of hydrogen atoms. What makes one fat different from the other is the length and shape of this tree, as well as the number of branches or hydrogen atoms attached. Good fats, or monounsaturated and polyunsaturated fats, have fewer hydrogen atoms attached to their carbon chain. This property makes them not only beneficial but essential for our overall health and well-being. Indeed, years of research have shown that these plant-derived fats can lower a person’s risk of heart disease. However, their job description has recently been extended to include another organ: the brain.

Polyunsaturated fats come in two flavors, namely omega-3 and omega-6 fatty acids. For years, public health officials have told us that these fatty acids cannot be manufactured by our body and therefore must be included in our diet. However, little emphasis has been given to the brain’s raging hunger for these fats. Research shows that the omega-3 fatty acids DHA and EPA are fundamental constituents of neuronal membranes and contribute to the maintenance of normal neuronal transmission by modulating geneA sequence of nucleic acids that forms a unit of genetic inh... expression in the brain. Perhaps most importantly, DHA is required for the formation of the human cortex, which is that part of the brain responsible for a number of higher-order cognitive functions including attention, decision making, and problem-solving. This means that deficiency in this critical nutrient during early life may lead to lifelong changes in your brain circuitry, eviscerating those very features that make us human.

However, a recent study showed that omega-3s cannot do this alone. Scientists at the University of Illinois measured blood levels of several molecules touted to be healthy in 115 healthy participants and found that a careful balance of omega-3s and omega-6s – as well as vitamins D and B12, among others – is the best predictor of improved connectivity in certain brain regions including the fronto-parietal network, which governs goal-directed behaviors, and the dorsal attention network, involved in attentional focus.

“…a careful balance of omega-3s and omega-6s – as well as vitamins D and B12, among others – is the best predictor of improved connectivity in certain brain regions…”

Therefore, it seems that omega-3s and omega-6s work together to boost brain function with a tightly regulated system of checks and balances built into place. Unfortunately, our dysfunctional desire for processed and junk foods has shifted many of us off balance. Recent studies tell us that modern diets contain an overabundance of omega-6 fatty acids but very low levels of omega-3s, leading to an inevitable deficiency in the latter. Most scientists agree that this is because nearly all processed food, convenience food, and packaged snacks are made with refined vegetable oils such as sunflower or soybean oil. These oils are unnaturally high in omega-6s whilst containing virtually no omega-3s – these being mainly present in fatty fish and fish oils. According to some estimates, our late night trips to McDonald’s have caused a staggering 136% increase in the amount of omega-6 present in our body fat stores in the past 50 years alone.

But if you weren’t quite convinced to cut back on burgers and choke down some fish, here’s another reason to be worried: high omega-6 levels have been found to decrease the concentration and activity of omega-3s within your body. In plain English, what this all means is that stuffing your body with fish is just not enough. You also have to cut out your comfort food to enjoy the full benefits from fish-derived omega-3s.

Why is this important? The answer lies in your genes. Several sources of information suggest that our hunter-gatherer ancestors consumed equal amounts of omega-3 and omega-6 fatty acids, in a seemingly perfect balance between the two. This is important because despite major changes in the last 10,000 years since the beginning of the Agricultural Revolution, very little has changed in our genetic makeup. Indeed, the spontaneous mutation rate for our nuclear DNA is estimated at 0.5% per million years, meaning that while modern humans may look smarter and taller than our ancestors, we are not actually that different. What this also means is that humans today make nutritional choices that are very different from those for which our genetic profile was selected. In other words, our bodies evolved to require certain types of fatty acids and in specific amounts. And so did our brains.

“…humans today make nutritional choices that are very different from those for which our genetic profile was selected.”

In a recent study published in the Journal of Epidemiology & Community Health, researchers found that people who eat high amounts of omega-3-rich oily fish have a 17% lower risk of depression than people eating low amount of fish. In short, the more fish you eat, the better you feel. Why? Simple, your brain needs omega-3s. Extensive evidence from animal studies demonstrates that omega-3 deficiency chronically affects the production of two key neurotransmitters in your brain: dopamineA monoamine neurotransmitter. Dopamine is involved in many b... and serotoninA monoamine neurotransmitter with a variety of functions.. Both neurotransmitters have been widely involved in the mechanisms of depression and other psychiatric disorders, meaning that a deficiency in these molecules can critically alter evolutionary conserved patterns of activity in your brain, leading to an increased risk of developing these disorders.

Despite persistent ambiguity over the exact mechanism linking omega-3s to depression, it is now clear that these fats play a key role in keeping your brain happy. What about boosting your brain? This seemingly far-fetched and yet tantalizing idea was put to test by Alex Richardson who, together with a team of scientists at The University of Oxford and Durham in the UK, embarked on a first-of-its-kind scientific study on more than 100 children from 12 schools. Preliminary results from this study showed that school performance improved among students receiving omega-3 supplements. However, subsequent studies generated only weak or mixed results. In 2012, a study on 159 healthy, young adults found that those who took fish oil pills performed just as well on cognitive tasks as those who took a placebo. Similarly, multiple studies in older individuals with no memory problems indicate that taking fish oil supplements does not improve measures of brain function. So here’s the million-dollar question: does taking omega-3 supplements actually improve mental performance? Well, yes and no.

Several studies have shown that increasing omega-3 fat consumption reduces the risk of dementia in people with mild cognitive impairment, but almost no effect is observed in people with normal brain function. Therefore, if you have experienced a mild decline in cognitive function or been diagnosed with depression, you might consider upping your fish game. However, it is important to take these results with a pinch of (sea) salt. Experts warn that the beneficial effects seen in these kinds of studies could stem from eating more fish, but it could also come from not eating as much meat or it could be that fish eaters belong to a higher socioeconomic status, ensuring greater access to medical care. In addition, it remains unclear precisely how much omega-3 we need in our diet, and both the absorption and availability in your brain can vary significantly depending on gender, genetics, and dietary composition.

Bottom line: eat fish, drop chips. Polyunsaturated omega-3 fatty acids are emerging as wondrous molecules that the human brain cannot function without. Unfortunately, there are no official recommendations regarding how much omega-3 you need to take to see any benefit in brain function and mental performance. Despite claims that increasing omega-3 fats in the food supply could have beneficial effects on brain health, it remains unclear what ratio of omega-6 to omega-3 would be optimal to match our genetic makeup. Many studies have pointed to a 1:1 ratio, as this would most closely resemble ancestral diets.

However, we should not forget that pre-industrial populations also used to get more physical exercise and did not have access to modern junk food. No matter your age or condition, science tells us that regular heart-increasing activity helps your brain work more efficiently, improving mental clarity and memory. In addition, reducing refined vegetable oils or processed food will likely put you at ease with your genetic heritage as our ancestors did not have access to modern junk food. In short, lifestyle modifications combined with an increase in your omega-3 intake will likely have the most beneficial effects on your brain because of your genetic constitution.

What questions do you have about our brain’s fats and the supplement industry that surrounds them? Leave your questions/comments below!

The Neuroscience of Motivation and How to Improve It