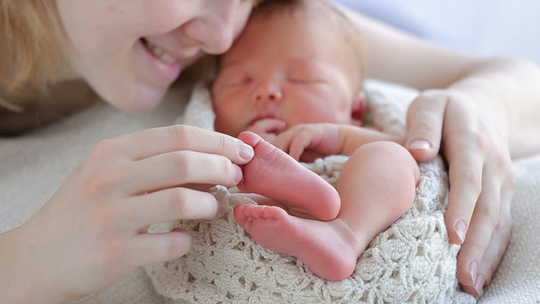 Life-saving antibiotics may cause long-lasting damage to the developing microbial communities in intestinal tracts of premature babies, research finds.

A year and a half after babies leave the neonatal intensive care unit (NICU), the consequences of early antibiotic exposure remain. Compared to healthy full-term babies in the study who had not received antibiotics, preemies’ microbiomes contained more bacteria associated with disease, fewer species linked to good health, and more bacteria with the ability to withstand antibiotics.

The findings, published in Nature Microbiology, suggest that doctors should carefully tailor antibiotic use in preemies to minimize disruptions to the gut microbiome—and that doing so might reduce the risk of health problems later in life.

“If unhealthy microbes get a foothold early in life, they could stick around for a very long time.”

“The type of microbes most likely to survive antibiotic treatment are not the ones we typically associate with a healthy gut,” says senior author Gautam Dantas, professor of pathology and immunology, of molecular microbiology, and of biomedical engineering at Washington University in St. Louis.

“The makeup of your gut microbiome is pretty much set by age 3, and then it stays pretty stable. So if unhealthy microbes get a foothold early in life, they could stick around for a very long time. One or two rounds of antibiotics in the first couple weeks of life might still matter when you’re 40.”

Researchers have linked healthy gut microbiomes to reduced risk of a variety of immune and metabolic disorders, including inflammatory bowel disease, allergies, obesity, and diabetes. Researchers already knew that antibiotics disrupt the intestinal microbial community in children and adults in possibly harmful ways. What they didn’t know was how long the disruptions last.

To find out whether preemies’ microbiomes recover over time, Dantas and colleagues analyzed 437 fecal samples collected from 58 infants, ages birth to 21 months. Forty-one of the infants were born around 2 ½ months premature, and the remainder were born full term.

The presence of drug-resistant bacteria did not necessarily cause any immediate problems for the babies because most gut bacteria are harmless—as long as they stay in the gut. But gut microbes sometimes escape the intestine and travel to the bloodstream, urinary tract, or other parts of the body. When they do, drug resistance can make the resulting infections difficult to treat.

Moreover, by culturing bacteria from fecal samples taken eight to 10 months apart, the researchers discovered that the drug-resistant strains present in older babies were the same ones that had established themselves early on.

“They weren’t just similar bugs, they were the same bugs, as best we could tell,” Dantas says. “We had cleared an opening for these early invaders with antibiotics, and once they got in, they were not going to let anybody push them out. And while we didn’t show that these specific bugs had caused disease in our kids, these are exactly the kind of bacteria that cause urinary tract and bloodstream infections and other problems. So you have a situation where potentially pathogenic microbes are getting established early in life and sticking around.”

Further studies showed that all of the babies developed diverse microbiomes by 21 months of age—a good sign since lack of microbial diversity associates with immune and metabolic disorders in children and adults.

The findings already have led Warner, who takes care of premature infants in the NICU at St. Louis Children’s Hospital, and her fellow neonatalogists to scale down their use of antibiotics.

“We’re no longer saying, ‘Let’s just start them on antibiotics because it’s better to be safe than sorry,'” Warner says. “Now we know there’s a risk of selecting for organisms that can persist and create health risks later in childhood and in life.

“So we’re being much more judicious about initiating antibiotic use, and when we do start babies on antibiotics, we take them off as soon as the bacteria are cleared. We still have to use antibiotics—there’s no question that they save lives—but we’ve been able to reduce antibiotic use significantly with no increase in adverse outcomes for the children.”

How Probiotics Can Evolve Inside The Body