Did You Look Forward To Last Night's Bottle Of Wine A Bit Too Much? 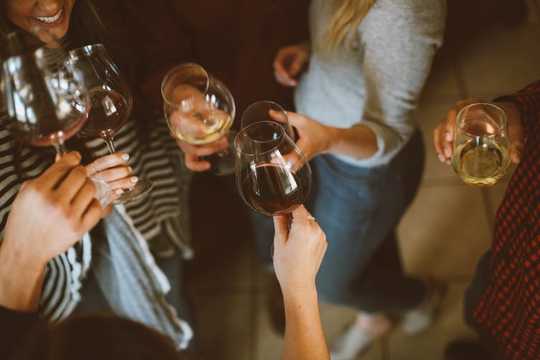 Close to 40,000 people, mostly women, have given up alcohol for FebFast and many others participated in Dry July.

These events began as fundraisers for various social causes. But the main reasons people cite for participating are related to personal benefits, including giving their body a break from alcohol and improving their health.

The proportion of young people drinking has decreased over the past ten years. But more women in their 40s and 50s are drinking at risky levels. And women are catching up to men when it comes to drinking at levels that damage health.

Women’s relationship with alcohol has become a hot topic. Many women, including celebrities Nigella Lawson, Kristen Davis and Jada Pinkett Smith, have been vocal about their decisions to reduce drinking to improve their health and well-being.

Women are affected by alcohol more than men

Women start to have alcohol-related problems sooner and at lower drinking levels than men.

If a man and a woman drink the same amount, in general a woman’s blood alcohol concentration will be higher.

Women tend to be smaller and lighter than men; a person who is a lighter weight or who has a smaller body frame will be more affected than someone who weighs more or has a larger body frame. If the same amount of alcohol is going into a smaller body there will be a higher concentration of alcohol.

Here’s what happens when we take the first, second and fifth drink.
Related

Dehydrogenase is the enzyme that breaks down alcohol in the body. Women tend to have less active dehydrogenase and therefore take longer to process alcohol, so they will get drunk faster and have alcohol in their system for longer.

Women who drink experience health problems sooner and that are more severe than men who drink the same amount.

Even when women are experiencing problems with alcohol, they are less likely to seek help than men. Women represent only one-third of Australians who receive treatment from a specialist alcohol and drug treatment service.

Barriers to women seeking treatment include social stigma, fear of losing their children, and lack of availability of specific programs for women.

How can too much affect your health?

Women who are pregnant or trying to get pregnant should not drink alcohol at all until the baby is born.

If you drink while pregnant, the alcohol can go through your blood and to the baby. This can cause deformities and cognitive damage in the baby, known as fetal alcohol syndrome.

If you are breastfeeding, small amounts of alcohol can go through the breast milk to the baby. It’s better to drink after breastfeeding times rather than before or during.

How much is too much?

The idea that a little bit of alcohol is good for your health has now been debunked.

The Australian alcohol guidelines recommend healthy adults (men and women) should drink no more than two standard drinks on any day to reduce lifetime risk of harm from alcohol-related disease. 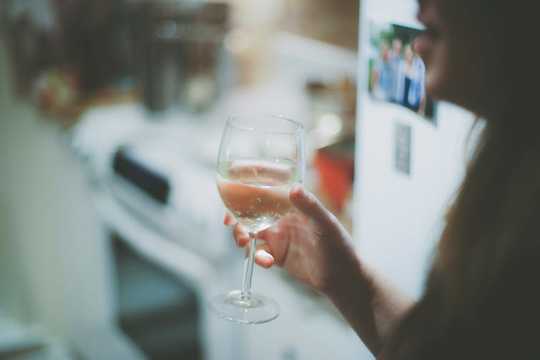 The guidelines also recommend consuming a maximum of four standard drinks on a single occasion to reduce the risk of alcohol-related injury.

Signs you need may need to cut back

If so, it’s time to reassess your drinking. This online assessment tool may help. 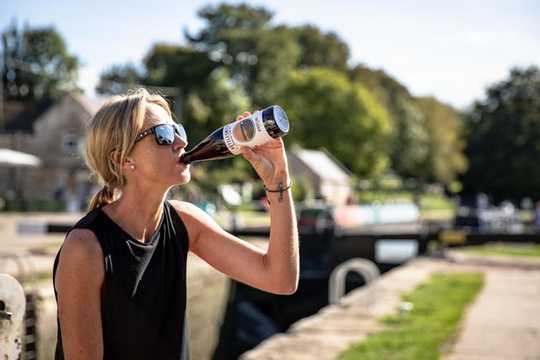 If drinking is interfering with your day-to-day activities, it might be time to cut back. Stage 7 Photography

How to cut back

If you’re drinking more than you’d like to, make a plan to cut back. This might include:

Where to get help cutting back or quitting

Most women who drink alcohol, even those who drink a little too much, don’t need specialist treatment, but taking a break from alcohol can improve your physical and mental well-being.

If you need help to cut back there are some resources online that may help (such as Hello Sunday Morning).

Your GP is a good place to start if you have questions or concerns about your drinking.

You can also talk to someone on the phone or online for information:

CounsellingOnline is a free online chat for concerns about alcohol and other drugs. Anyone can use it – people using drugs and people wanting to help friends or family using drugs.

National Alcohol and other Drug Hotline is a free telephone information and counselling service similar to CounselingOnline, but on the phone. They can be reached at 1800 250 015.