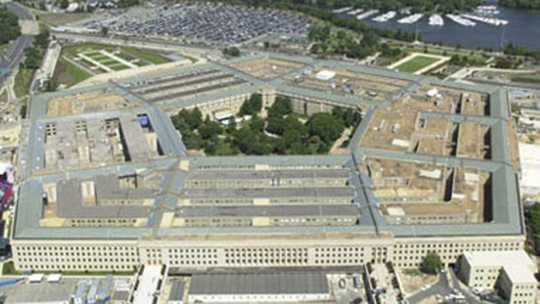 In a shocking report, commissioned by the Chairman Of The Joint Chiefs Of Staff, the US Army's assessment of its future under the unfolding climate crisis is one every American should take pause.

Whether a society is faced with an inevitable total collapse or something milder, there is no doubt that populations will be faced with ever-increasing  disruptive economic, health, and safety issues due to extreme weather.

In previous reports by the military, their assessment had boiled down to the simple fact that climate change is a threat multiplier. We could expect more severe weather events than we have been accustom these past 10,000 years when our climate has been dependably stable.

Those days are gone now regardless of what we do now due to the lag in the effect of the greenhouse gases we have already emitted. But if we are to avoid the worst nature can give us, we must take immediate action. Continued delayed actions to reduce and remove gasses from the atmosphere will only bring greater heartaches and sorrow to each of us including the self-centered, greedy, or sycophantic to those benefiting from climate denial.

Destabilization From Migration Has Just Begun

The US and the rest of North and South America have missed much of the  armed conflict on its soil due to its isolation from the rest of Europe. But there is no escaping this crisis and these conflicts.  Already drought in central America is pushing migration to US borders. And the US has responded idiotically by cancelling aid to the affected countries, placing many thousands of desperate migrants in interment camps and even separating over 5,000 children from their parents and placed them in some sort of foster care or worse. What's next, machine gun nests on the border?

The US is not alone with immigration challenges,. The low lands of Viet Nam and Bangladesh will produce climate migrants, and the droughts in the Middle East are producing migrants to Europe or more stable countries like Jordan. But ultimately the migrants will prevail with help or without.

Results Of The Climate Crisis Are Near Beyond Imagination

Already financial managers are positioning themselves for a possible real estate, mortgage, and insurance collapse due to sea level rise in major coastal areas along the eastern seaboard and gulf coast. While clear weather flooding is a nuisance now storm surges from storms such as Sandy, Harvey, and Irma of the future could bring the US its first trillion dollar storm.

Florida and rest of the east coast dodged a bullet with Hurricane Irma. After devastating parts of the Caribbean, it turned just so slightly at the last minute and moved up through Florida missing major metro areas of Miami, Tampa, and Orlando. If that storm had raked just off-shore of the east coast of Florida as originally forecast and traveled up into the rest of the US as predicted the devastation would have been monumental.

Red state America is where the majority of the climate deniers live, and while they may not feel the direct outcome of a trillion dollar storm on the east coast, they damn well will feel the economic blast following such a storm.

Settle in and read the report. It reads like CliFi except it's prophetic non-fiction. Read the entire report here on InnerSelf.com

Robert Jennings is co-publisher and webmaster of InnerSelf Publications, which includes InnerSelf.com, PolyConundrum.com, ArticleIndex.com, MightyNatural.com and more. The aforementioned are dedicated to sharing information that allows people to make educated choices in their personal life and for the well-being of the planet.

As a shocking new report finds that many coastal cities will be flooded by rising sea levels by 2050, Chile’s President Sebastián Piñera announced Wednesday that the U.N. Climate Summit in Santiago has been canceled. Anti-inequality protests have entered their third week in the country with protesters calling for the Piñera government to resign.

The U.N. said it is now looking for an alternative venue for the annual climate meetings. Meanwhile, a dire new report has warned 300 million people are at risk from rising sea levels, with the most vulnerable populations concentrated in the Global South.

According to the study published in Nature Communications, global sea levels are expected to rise between two and seven feet or possibly more, with some coastal cities being wiped off the map. We speak with Harjeet Singh, the global lead on climate change for Action Aid who is based in New Delhi, India; and Benjamin Strauss, co-author of the study in Nature Communications and CEO and chief scientist at Climate Central.

A recent report by the U. S. Army War College (Pentagon commissioned) concludes that the U. S. Military could collapse within 20 years from climate change. This is a startling admission; that the most powerful military force that has ever existed on Earth could be rendered impotent, crushed like a bug, in less than 2 decades by climate change. Clearly, the ability of abrupt climate system mayhem to utterly destroy humanities military, infrastructure, indeed human civilization itself is scarcely recognized or acted on by human power structures, yet is blindingly obvious to hordes of schoolchildren around the planet (and me).

Cascading, devastating, consequences of abrupt climate change are hitting us (you and I) harder and harder, threatening to even topple the mighty U.S. military within 20 years. One of the weakest links in modern economies is the rapidly degrading electrical power grid; think of the enormous size, power, and wealth in California’s high-tech industries, yet many companies and over a million people there have been facing rolling power outages with their decrepid, wildfire causing power line poles being toppled in Santa Ana winds, bringing economies to their knees. What happens when the power no longer comes on?

US military fears impending societal collapse. John Iadarola and Brett Erlich break it down on The Damage Report.

U.S. Military Could Collapse Within 20 Years Due to Climate Change, Report Commissioned By Pentagon Says

The report says a combination of global starvation, war, disease, drought, and a fragile power grid could have cascading, devastating effects.