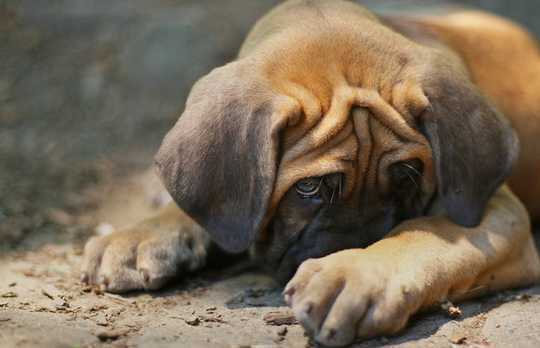 If you think your dog looks stressed out, it might be your own stress levels that are affecting your pet pooch.

A study published in June 2019 in Nature’s Scientific Reports shows pet dogs may synchronise their stress levels with those of their owners.

More than just being “man’s best friend”, it appears our pet dogs may be mirroring our mental state too, and that can be bad for their health.

It’s all in the hair

Swedish researchers studied 58 dogs – 33 Shetland Sheepdogs and 25 Border Collies – as well as their owners. The dogs selected were balanced for sex, breed and activity level.

Both dog and owner personality was assessed through standardised personality questionnaires, with owners filling out the Dog Personality Questionnaire on behalf of their pet. 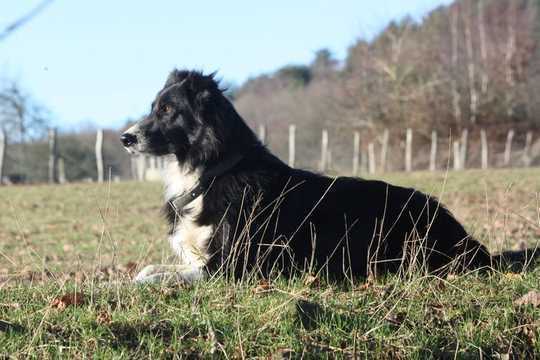 Border collies were used as part of the study. Flickr/Tamsin Cooper, CC BY-SA

The researchers also measured the hormone cortisol in the hair of dogs and their owners over a year-long period.

Cortisol is a measure of physiological stress, which can be raised during mental distress. But it’s also elevated for short periods such as during exercise and illness.

Hair cortisol is a good way of measuring long-term trends in stress levels, as hair grows slowly (about 1cm per month) and absorbs circulating substances from the blood.

Female dogs had a stronger connection with their owner’s stress levels compared with male dogs. Previous studies have shown that female dogs (as well as rats and chimpanzees) are more emotionally responsive than males.

There’s also evidence that increased oxytocin (the love and bonding hormone) in female dogs results in increased interactions with their owner, causing a corresponding increase in the owner’s oxytocin levels. This effect wasn’t seen in male dogs.

A limiting factor to the new study was that it did not identify any causes of elevated stress in the dog owners. But what it does show is that regardless of the cause of the stress, our reaction to it impacts our dogs.

Our relationship with dogs

Researchers have long discussed the concept of what is called the “human-dog dyad”, a close bond between humans and dogs. This relationship, developed over 15,000 years, is unique in the animal world. 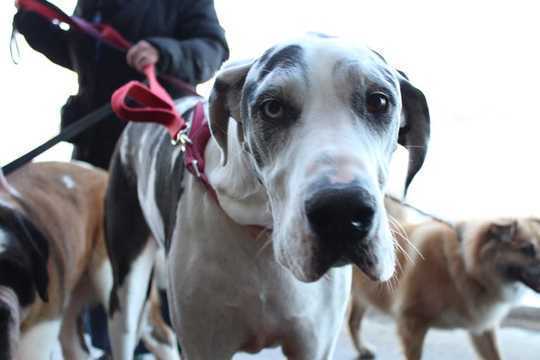 Our relationship with dogs goes back many years. Flickr/Dboybaker, CC BY-NC

There is evidence to suggest dogs evolved alongside us and consequently are in tune with our emotions and bond with us through eye contact.

Although many aspects of this inter-species relationship are positive (particularly for us), it’s likely there are some drawbacks to this close relationship with dogs.

Like many animals, we can share diseases with our dogs such as the superbug MRSA and Q Fever. What’s more, dog bites are an issue of increasing importance to society.

We know that failing to providing basic care like food and shelter is cruel, but we often overlook how disregarding the mental lives of our pets can also negatively impact their welfare.

Dogs are sentient animals. This means they can experience both positive and negative emotions, such as pleasure, comfort, fear, and anxiety.

A poor mental state, where a dog is regularly experiencing negative emotions such as anxiety, can lead to poor animal welfare. If owners have an impact on the stress levels of their dogs, it means we also play a role in protecting their welfare.

We know chronic stress is bad for both humans and dogs, increasing the likelihood we will get sick as well as decreasing our quality of life.

If you don’t work on decreasing your stress levels for your own sake, perhaps you will do it for your dog. There are great resources available for decreasing stress levels, and the good news is that some of them, such as getting out in nature, can be done with your dog right by your side. 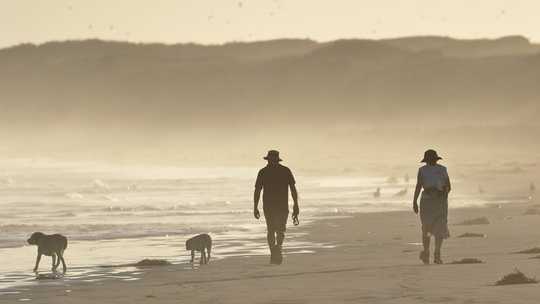 A great way to reduce your stress: walking the dogs. Flickr/Ed Dunens