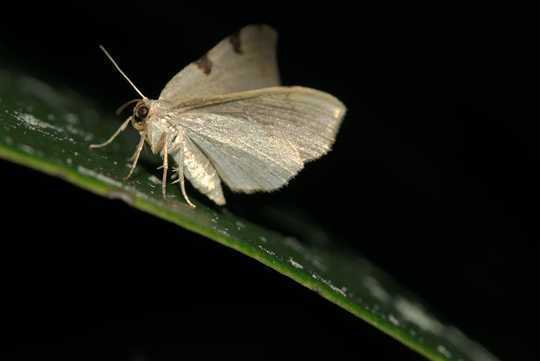 When you settle down for bed, after the birds and bees have hushed, moths are just starting their work. You might only see them bobbing around street lights at night, but they actually spend most of their time visiting flowers, pollinating them in the same way butterflies do during the day, while drinking nectar with their long tongues.

In fact, our new research found that moths visit a surprisingly diverse range of plants at night. The work these nocturnal pollinators do is bigger and more complex than many people realised, and because it happens under the cover of darkness, it’s often largely invisible to human eyes.

Moths were known to pollinate flowers at night, but science has only recently begun to uncover their efforts in detail. We now know the types of flowers they visit – pale-coloured flowers with an open cup or tubular shape, such as creeping buttercup or honeysuckle, which tend to emit a strong fragrance at night. We also know that they carry pollen on their tongues. But besides that, most of what we know about pollinators, and how to help them, comes from research on daytime species such as bees, hoverflies and butterflies. 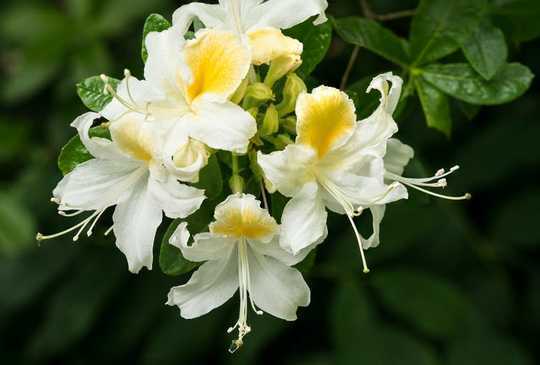 We urgently need to learn about the more mysterious pollinating insects. Among the 353 daytime pollinator species in Britain, numbers fell by a third between 1980 and 2013. If these losses are being recorded among well studied species, what could be happening to nocturnal pollinators, whose lives we don’t know as much about? We know how valuable bees and other insects are for pollinating the crops we eat, like apples and raspberries, but we’re less sure about the debt we owe moths for their tireless nighttime work.

What moths get up to at night

Our research focused on the edges of nine ponds surrounded by crops and hedgerows in north Norfolk farmland. We wanted to find out which flowers moths chose to visit and how they behaved, compared with the daytime habits of other insect pollinators.

We observed and recorded key daytime pollinators, including bees, hoverflies, and butterflies, as they visited flowers. In the evening, we used light traps to lure moths into buckets set next to ponds and, the next morning, we brought the moths to the laboratory to identify them and check their bodies for pollen. 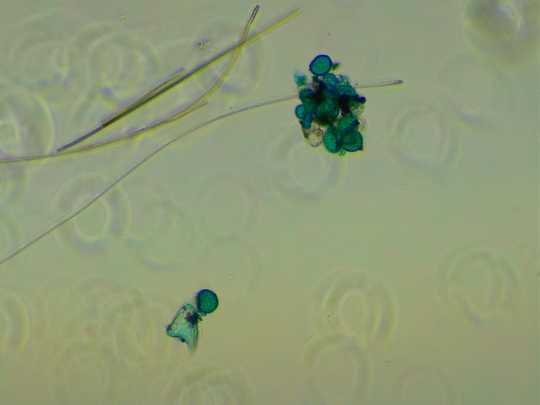 Some of the pollen grains recovered from the bodies of moths. Richard Elton Walton, Author provided

Researchers tend to look for the pollen moths gather on their tongues. But anyone who spends even a moment with a moth will notice their bodies are rather “furry”. At rest, their bodies tend to stick very close to the landing surface of the flower, meaning moths can’t help but bump into the pollen on the plant’s reproductive parts as they drink nectar, causing it to stick to them.

With hairy bodies, bees and hoverflies tend to transport pollen between the plants they visit by picking it up on their bodies. We wondered, could moths be pollinating plants in the same way? 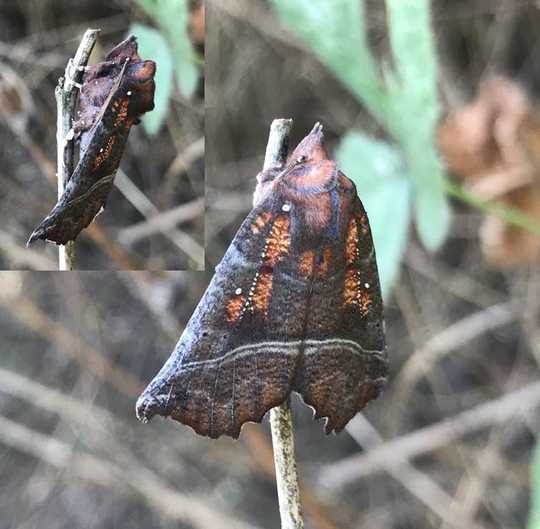 We also found that moths interacted more regularly with some flowers, such as white clover, compared to daytime pollinators. This indicates they may be very important for the pollination of those particular plants, and so help sustain them for the benefit of the greater ecosystem. We also found that moths carried most of the pollen on their bodies, suggesting they transport pollen in much the same way that daytime pollinators do.

It’s likely that scientists have been underestimating the contribution moths make to pollination. These nocturnal creatures play a very important role in boosting the ecological health of the countryside, but even as we learn how undervalued they are, recent research suggested that moth populations in Britain are shrinking by 10% each decade. We should all think of the many types of plants we can grow to encourage their populations to thrive – such as forget-me-nots, primose, and jasmine – and support efforts to protect the flower-rich habitats they rely on and enrich, while most of us are tucked up in bed.

Why We Should Learn To Love All Insects

Fasting In The Twenty-First Century: Breaking the Addiction to Food

When Laser Surgery Turns Into A Nightmare, The Toll Can Be Enormous