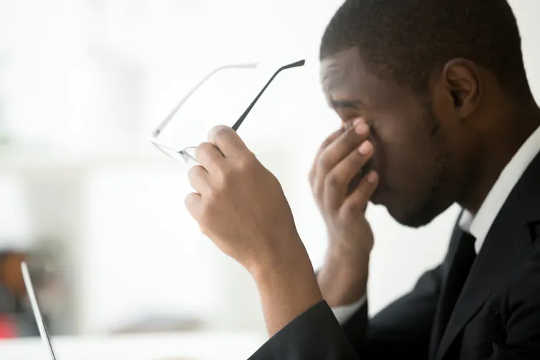 Chronic fatigue syndrome (CFS) affects up to 24m people, globally, but little is known about its causes. Our latest study unravels some of this mystery. The results suggest that an overactive immune system may trigger this long-term condition.

The symptoms overlap with those experienced in immune system disorders, and some infections are known to precede the condition. But measurements of immune function in these patients have proven inconsistent, with some finding evidence of immune activation, while others find none. As a result, the role of the immune system is still unclear. One reason for this may be that we are measuring immune activation too late when the patient is already unwell and visiting the doctor for the first time.

Infections are random events, which makes it difficult to study what happens in response to the infection that leads to CFS (anecdotal evidence suggests many patients recall that their condition started after a viral infection, and studies of post-infective fatigue syndrome support this. This means we are left with the unanswered question: why is it that some people with common infections go on to develop CFS?

For our study, published in Psychoneuroendocrinology, we examined 55 patients with hepatitis C who were being treated with interferon-alpha, a drug that triggers a powerful immune response in order to combat the hepatitis C virus. While interferon-alpha is successful at fighting the virus, it can induce a wide range of debilitating side effects, including fatigue, making people receiving this treatment a suitable group to study to learn more about what might cause CFS.

Our approach is novel because it allowed us to take pre-treatment measurements to explore possible risk factors that might have predisposed some of the group to develop a CFS-like illness. This is something that’s almost impossible to achieve in actual CFS without a cohort of thousands to track who does and doesn’t become unwell.

We knew exactly how long the patients would be exposed to the immune trigger (interferon-alpha) and could track them through treatment. Finally, we could follow them up six months later, when they’d fulfilled the criterion of experiencing persistent fatigue for at least six months.

Comparing patients who would go on to experience the CFS-like illness (18 patients) to the rest of the patients who recovered normally, we found higher levels of IL-10, an inflammatory protein, which is part of the coordinated immune response before treatment even began. Once treatment began, those who went on to develop extreme fatigue had much greater increases in IL-10 and IL-6 (another inflammatory protein) compared with those who didn’t develop CFS-like symptoms.

However, as in previous studies, there was no evidence of continued immune activation six months after treatment when the CFS-like illness was established. This was also true of the group of patients with CFS we used as a comparison group, who were even more severely fatigued, but had lower levels of inflammation than our interferon-alpha treated group six months after treatment – and were in fact no different from another comparison group of healthy volunteers. This suggests that while an exaggerated immune response may be responsible for leading patients on a trajectory to develop CFS, it is no longer there by the time CFS is diagnosed. Rather, this early activation may have an effect on other organs, for example, which lead to biological changes associated with more chronic fatigue and the other symptoms endured by these patients.

While our interferon-alpha treated group did not have a formal CFS diagnosis, it suggests the need for an earlier examination of the inflammatory response, and perhaps a greater focus on those suffering from more severe symptoms at the time of the acute sickness to identify those at risk. And further studies are needed to better understand the biological mechanisms linking the earlier exaggerated immune activation to the persistence of fatigue later on.

by U. Oregon
A new gene therapy could eventually provide an alternative treatment for Fuchs’ endothelial corneal dystrophy, a genetic eye disease that affects roughly one in 2,000 people globally.

by Esther Robards-Forbes - UT Austin
Photos of a person’s living space can accurately point at personality traits and the mood of the people who live there, especially as a person gets older, according to a new study.

These factors raise the risk of nicotine dependence

A slow and painful journey: why did it take over 20 years to approve the new Alzheimer's drug?

by Ralph N. Martins, Professor and Chair in Ageing and Alzheimer’s Disease, Edith Cowan University
A new drug to treat Alzheimer’s disease was last week given accelerated approval by the United States Food and Drug Administration.

Undiagnosed dementia may be way more common than thought

by Laura Bailey-Michigan
Only 1 in 10 older adults in a large national survey who were found to have cognitive impairment consistent with dementia reported a formal medical diagnosis of the condition.

Lifespans of 130 years could be possible this century

by Kim Eckart-Washington
Extreme longevity likely will continue to rise slowly by the end of this century, according to new research, with estimates showing that a lifespan of 125 years, or even 130 years, is possible.