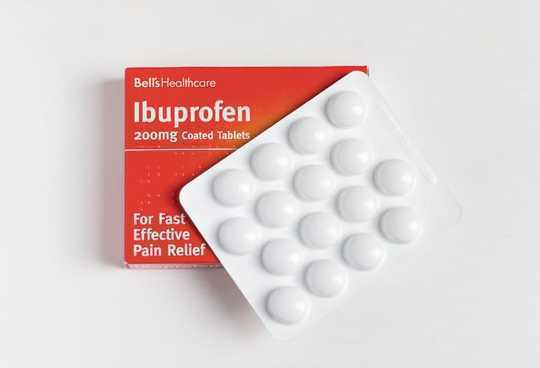 The confusion began after France’s Minister of Solidarity and Health Oliver Véran announced on Twitter that taking anti-inflammatory drugs (such as ibuprofen or cortisone) could be a factor in worsening a COVID-19 infection. He recommended that paracetamol should be taken instead to treat the associated fever.

At the moment, the NHS only recommends taking paracetamol for COVID-19 symptoms, even though it admits there is no strong evidence showing ibuprofen worsens symptoms. The BMJ also states that ibuprofen should be avoided when managing COVID-19 symptoms.

Ibuprofen is a non-steroidal anti-inflammatory drug (NSAID). NSAIDs, including ibuprofen, normally have three main uses: they help with inflammation, pain, and fever. People might also take them for inflammatory conditions such as arthritis and for pain. However, paracetamol can also help treat pain and fever.

Fever is a higher than normal body temperature, and is one of the signs of COVID-19, along with a persistent cough and shortness of breath. The body develops a fever as a defence mechanism, where the immune system produces a chain of molecules that tell the brain to make and keep more heat inside to fight the infection.

While getting fever during an infection is part of the body’s defence mechanism, a serious rise in body temperature can be fatal and should be treated. Having fever is also uncomfortable because it often comes with shivering, headaches, nausea and stomach upsets. Taking an anti-inflammatory like ibuprofen or paracetamol will bring down a high temperature by lowering some of the fever molecules. However, doctors who compared the two in 2013 suggested taking paracetamol over ibuprofen for normal chest infections because they found a small number of people’s illness got worse with ibuprofen.

Some of the reasons that there’s a concern taking ibuprofen will make COVID-19 symptoms worse comes from previous studies that have shown people with other serious chest infections (such as pneumonia) experienced worse symptoms and prolonged illness after taking an NSAID, including ibuprofen.

But it’s difficult to say if taking ibuprofen in these instances directly causes worse symptoms and prolonged illness, or if it’s because taking ibuprofen or other anti-inflammatories help manage pain, which may hide how serious the illness is and could stop people from asking for help earlier – delaying treatment. Or, it might be to do with ibuprofen’s anti-inflammatory effects. One theory is that anti-inflammatory medicines can interfere with some of the body’s immune response, although this is not proven for ibuprofen.

However, two French studies warn doctors and pharmacists not to give NSAIDs when they see signs of chest infections, and that NSAIDs shouldn’t be given when children are infected with viruses. There’s no agreement on why ibuprofen could make chest infections worse, but both studies reported worse outcomes in patients who had taken a NSAID to treat their condition.

A recent letter to The Lancet suggested that ibuprofen’s harm in COVID-19 is to do with its effect on an enzyme in the body called angiotensin-converting enzyme 2 (ACE2) – though this has yet to be proven. This caused additional worries for patients taking angiotensin converting enzyme (ACE) inhibitors or angiotensin receptor blockers (ARBs) for existing heart conditions. Several leading organisations have rightly warned patients not to stop taking their regular medicines in light of unconfirmed theories.

Because novel coronavirus is a new type of virus, there is currently no evidence proving that taking ibuprofen will be harmful or make COVID-19 symptoms worse. Research in this area is developing fast, but with so much misinformation about COVID-19 and ibuprofen use, the cautious approach is to avoid ibuprofen with COVID-19 if at all possible – especially for those with pre-existing health conditions. Anyone who thinks they might have COVID-19 can consider using paracetamol instead of ibuprofen for managing their fever, unless they’re told otherwise by their doctor or pharmacist.

In the meantime, the UK’s Committee of Human Medicines and the National Institute for Health and Care Excellence (NICE) have been asked to review all the evidence to understand ibuprofen’s impact on COVID-19 symptoms. Naturally, people already prescribed an anti-inflammatory drug for a health condition should ask their doctor’s opinion and not just stop their medication. 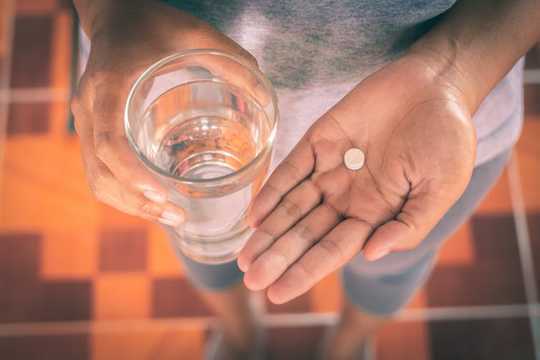 Paracetamol can also treat fever, as well as aches and pains. Maderla/ Shutterstock

It’s worth noting, however, that ibuprofen and NSAIDs can trigger stomach ulcers and indigestion and might not be suitable for some people with heart disease, kidney and liver problems, and asthma, as well as people over 65, and those who drink more alcohol. These drugs should not be used in people with very high blood pressure, and women trying to get pregnant or already pregnant.

Paracetamol, which can also treat pain and fever, may be preferred. Though it takes up to an hour to work, it’s safe to use for women who are pregnant or breastfeeding, and can be taken with or without food. Some people need to take extra care with paracetamol and should speak with their doctor or pharmacist first, for example if they have liver or kidney problems.

Pharmacies have been running short of paracetamol and some shops have been rationing sales. For those exhibiting symptoms, a box of 32 tablets should last for at least four days. At this time of crisis, it’s important people make sure they’re not stockpiling medicines unnecessarily and depriving others who are equally in need of paracetamol and other vital drugs.