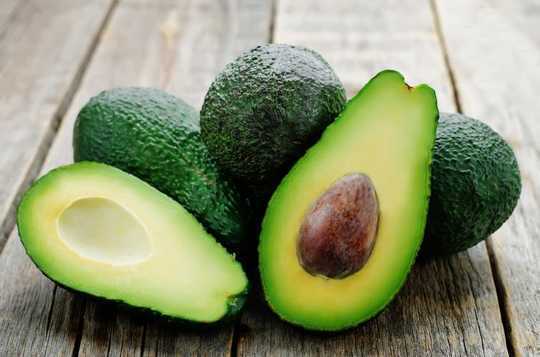 A video recently doing the rounds on Facebook included a segment from the BBC comedy quiz show QI. The video asks which of avocados, almonds, melon, kiwi or butternut squash are suitable for vegans. The answer, at least according to QI, is none of them.

Commercial farming of those vegetables, at least in some parts of the world, often involves migratory beekeeping. In places such as California, there are not enough local bees or other pollinating insects to pollinate the massive almond orchards. Bee hives are transported on the back of large trucks between farms – they might go from almond orchards in one part of the US then on to avocado orchards in another, and later to sunflower fields in time for summer.

Vegans avoid animal products. For strict vegans this means avoiding honey because of the exploitation of bees. That seems to imply that vegans should also avoid vegetables like avocados that involve exploiting bees in their production.

Is that right? Should vegans forego their avocado on toast?

The revelation that avocados might not be “vegan-friendly” could seem to be a reductio ad absurdum of the ethical vegan argument. Some people might point to this and claim that those who are vegan but still consume avocados (or almonds and the like) are hypocrites. Alternatively, this sort of news might lead some people to throw up their hands at the impossibility of living a truly vegan diet, and so to give up. Pass me the foie gras someone …

However, one initial defence for vegans is that this is only a problem for certain vegetables that are produced commercially on a large scale and which are dependent on migratory beekeeping. In places such as the UK, this practice is still (as far as I can tell) uncommon. Locally sourced butternut squash would probably be fine (although you could never guarantee a bee kept in a hive hadn’t pollinated a crop), while avocados and almonds (including most almond milk) sourced from California might be a problem. 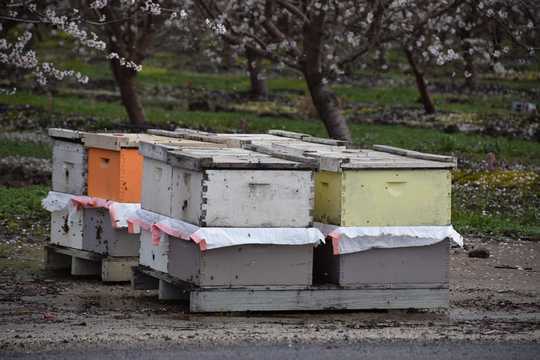 Another answer might depend on someone’s view about the moral status of insects. Commercial beekeeping may injure or kill bees. Transporting bees to pollinate crops appears to negatively affect their health and lifespan. But some may question whether bees are capable of suffering in the same way as animals, while others may wonder whether bees are self-aware – whether they have a desire to continue to live. If they do not, some philosophers argue that they would not be harmed by being killed (others, such as Gary Francione, would beg to differ).

Depends on your ethical rationale

The more important general response is that whether or not migratory beekeeping is a problem depends on your ethical rationale for being vegan.

Some vegans have a non-consequentialist justification for being vegan – they wish to avoid acting immorally through their diet. This could be based on something like the Kantian rule of avoiding using another sentient being as a means to an end. Or they may have a rights-based view, according to which animals (including bees) are rights holders. Any amount of rights violation is wrong under this view – it is simply not ethically permissible to use bees as slaves.

Other vegans choose not to eat meat or other animal products for consequentialist reasons – they wish to minimise animal suffering and killing. This ethical argument might also have trouble with migratory beekeeping. While the amount of suffering experienced by an individual bee is probably small, this would be magnified by the very large number of insects potentially affected (31 billion honeybees in the Californian almond orchards alone). A vegan who chooses to eat almonds or avocados is not doing what would most reduce animal suffering. 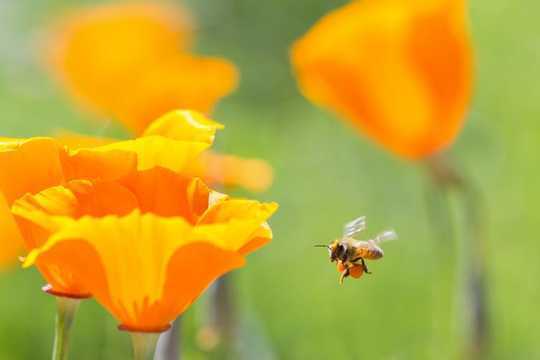 However, a different, (perhaps more practical) ethical rationale that might underlie a decision to go vegan is the wish to reduce the animal suffering and killing and environmental impact involved in food production. Migratory beekeeping also has negative environmental effects, for example, through the spread of disease and effect on native honeybee populations

Taking this view, dietary choices that reduce animal exploitation are still valuable even if some animal exploitation would still occur. After all, there is a need to draw a line somewhere. When we make choices about our diet, we a need to balance the effort we expend against the impact on our daily life. The same applies when we make choices about how much we should donate to charity, or how much effort we should make to reduce water consumption, energy use, or CO₂ emissions.

One ethical theory for how resources should be distributed is sometimes called “sufficientarianism”. Briefly, it is the idea that resources should be shared out in a way that is not perfectly equal, and may not maximise happiness, but at least ensures that everyone has a basic minimum – has enough. In another area of ethics, there is sometimes discussion of the idea that the aim of parenting is not to be the perfect parent (we all fail at that), but to be a “good enough” parent.

Taking a similar “sufficientarian” approach to the ethics of avoiding animal products, the aim is not to be absolutely vegan, or maximally vegan, but to be sufficiently vegan – to make as much effort as feasible to reduce harm to animals for the sake of our diet – we could call this a “vegantarian” diet. For some people this may mean choosing to avoid Californian avocados, but others may find their personal ethical balance at a different point. What is more, accepting and embracing all these variations may provide room for more people to adopt or sustain a vegan lifestyle.

Pass me the avo on toast, someone.

Should Vegans Avoid Avocados And Almonds?