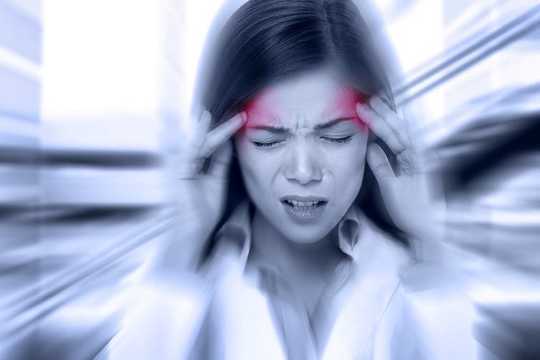 Tens of millions of people worldwide suffer from migraines, according to the World Health Organization. Maridav/Shutterstock.com

Migraine is the third most prevalent illness in the world and causes suffering for tens of millions of people. In fact, nearly 1 in 4 U.S. households includes someone with migraines.

Migraine is not just a headache but also includes a collection of associated symptoms that can be debilitating. These include nausea, vomiting, light sensitivity and dizziness.

Often people struggle to determine what triggers their migraines. It can be environmental, hormonal, genetic, secondary to an underlying illness, or triggered by certain foods, such as cheese, red wine or chocolate. One food that has received a lot of attention in recent years is gluten - a protein found in wheat, rye and barley.

As a registered dietitian and board-certified neurologist who specializes in headache management, I often will have my patients try a gluten-free diet.

When someone suffers from celiac disease – a digestive disorder caused by an allergy to gluten – there is a clear link between migraine headaches and gluten. Gluten triggers immune cells to release antibodies to attack substances the body sees as foreign.

When someone without celiac disease eats gluten, it goes into the gastrointestinal tract where food is broken down and the nutrients are absorbed. In the case of celiac disease, that person’s immune system sees the gluten as a foreign substance (like a virus or bacteria that shouldn’t be there) and attacks it with a specific antibody – called transglutaminase (TG) 2 serum autoantibodies – to destroy the gluten.

The problem is the person’s own healthy tissues gets destroyed in the process. In other words, when people who are sensitive to gluten consume it, the immune system sees this protein as an invader and creates antibodies to capture and destroy the protein. If the protein is sitting in the GI tract or has been absorbed by other organs, the antibodies go looking for it and attack whatever tissue is harboring the gluten protein.

This triggers an inflammatory reaction that puts the body in high alert that injures various healthy organs. Organs then release molecules that cause blood vessels to become leaky and release water, electrolytes and protein into the tissues and cause swelling.

This is an inflammatory response that affects the whole body, not just the brain. In addition to headaches, it can cause broader symptoms including gastrointestinal problems, fatigue and learning difficulties, just to name a few.

Step by step, how gluten leads to migraines 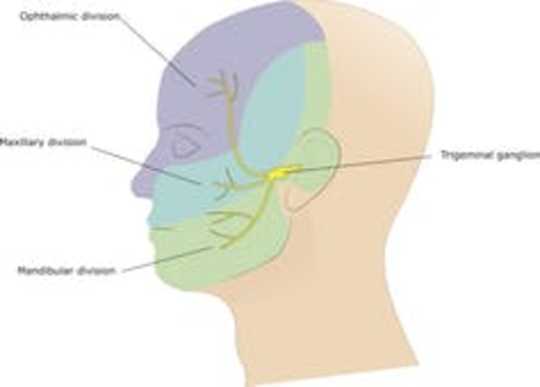 But just looking at a gluten-intolerant person’s inflammatory response doesn’t provide the whole picture on gluten’s link to migraine.

In recent years scientists have gained a better understanding of how and why migraines occur. Migraine is now considered a genetic condition that is found commonly within families.

Early theories suggested migraines occurred because of enlargement or dilation of the blood vessels. But now neurologists realize this isn’t the whole story. We now know the cascade that leads to a migraine involves the nerves in the trigeminovascular pathway (TVP) – the collection of nerves that control sensation in the face as well as biting and chewing.

When TVP is activated by the presence of gluten, for example, it causes the release of many chemicals including histamine, a substance that immune cells produce when responding to injury, allergic and inflammatory events. The TVP nerves also produce a recently discovered trigger for migraines; a protein called calcitonin gene-related peptide (CGRP).

When CGRP is released it causes the dilation of blood vessels in the meninges – the layer of tissue protecting the brain. As the blood vessels dilate they leak water and proteins into the meninges which causes swelling and irritation. The swelling activates the trigenimial nerves which relay messages to other regions of the brain, including the thalamus which creates the perception of pain that is associated with a migraine.

Within the past year a new class of medications has gained FDA approval for migraine prevention. These medications are called CGRP monoclonal antibodies and have proven to be an effective preventative treatment. They stop the protein CGRP from getting into its receptor.

What to do about food triggers

In both gluten sensitivity, or celiac disease, and migraine, there is an inflammatory process occurring within the body. I hypothesize that the inflammatory response to gluten makes it easier to activate the trigeminovascular pathway, thus triggering a migraine. There has never been a large study of how exactly gluten triggers migraines, and this is something I hope to explore in future studies. 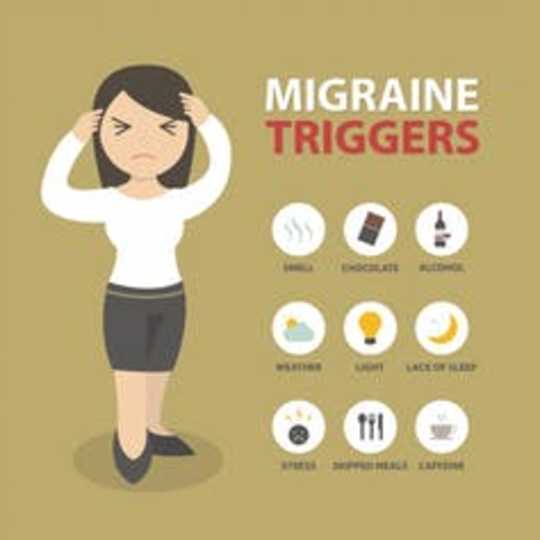 Triggers for migraines are varied but here are a few of the most common. Arthur NN/Shutterstock.com

Typically, a food trigger will cause a migraine to start within 15 minutes of exposure to that substance.

If someone tests positive for celiac, or wheat allergy, then the answer is simple: remove gluten from the diet. So the question arises when someone tests negative should we still eliminate gluten? It is often worth a try, because there is a condition called non-celiac gluten sensitivity.

If someone does not have celiac disease but suffers from symptoms of gluten sensitivity, an elimination trial of gluten is often helpful for reducing migraine frequency or severity. The reason I suspect is that removing gluten will reduce chances of an inflammatory response that will activate the trigeminal nerves and trigger pain. Gluten elimination for migraines is still experimental.

We need to treat the whole person in medicine. This includes looking at potential triggers for headache and doing an elimination diet can be of benefit. There are so many gluten-free products currently on the market, it makes removing gluten from the diet easier.