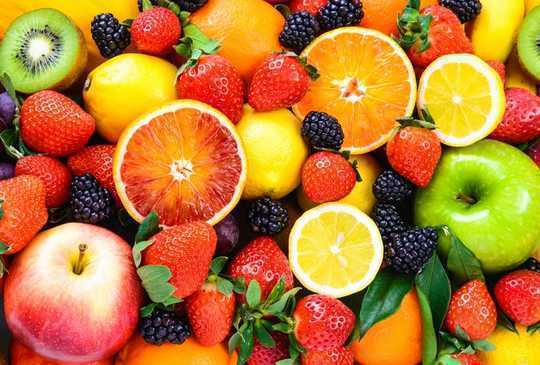 Flavonoids are a group of compounds found in almost every fruit and vegetable. leonori

A growing body of evidence even suggests that flavonoids, a group of compounds found in almost every fruit and vegetable – including tea, citrus fruit, berries, red wine, apples, and legumes – can actually reduce your risk of developing certain cancers, heart disease and stroke. Now, recent evidence even suggests that diets high in flavonoids can actually lower your risk of Alzheimer’s disease and dementia.

Flavonoids are thought to lower cancer risk by making malignant cancer cells less able to divide and grow. They also act as antioxidants, which can prevent or slow damage to cells caused by unstable molecules. They even reduce inflammation in the body, which is a common feature of many chronic diseases. Most of these mechanisms explain the health benefits reported in animal or cell-based studies – and the data from these studies can be incredibly valuable in understanding how flavonoids work on the human body, too.

However, previous studies using animal or cell models don’t necessarily translate to people. In humans, even when diets are high in flavonoids, these aren’t readily absorbed into the gut. Flavonoids are also difficult to study as they belong to a very diverse group of chemical compounds. Not much is known about how they’re metabolised after being consumed, or their potential to enter and act in certain tissues of the body, such as the brain.

We know that Alzheimer’s disease and dementia are caused by a number of factors, including genetics, family history, ageing, environmental factors, health conditions (particularly obesity and diabetes), race and sex. This is why predicting and preventing the disease is often difficult.

But several studies suggest that consuming flavonoid-rich diets can help manage some of the symptoms of Alzeimer’s disease, and benefit cognitive ability. Which is perhaps not surprising, as Alzheimer’s and dementia are both linked to chronic diseases such as diabetes, cardiovascular disease, and stroke. Flavonoids have already been shown to be beneficial in managing and preventing these diseases.

Until now, studies have struggled to pinpoint which flavanoids makes the difference. But this latest study has been able to show which flavonoids are linked with lower risk of Alzheimer’s disease and dementia.

A recent study, which is one of the most detailed to date, has found that diets high in flavonoids decreased risk of developing Alzheimer’s disease and other types of dementia.

The researchers followed 2,801 subjects between the ages of 28 and 62, over a period of 19.7 years. Participants had their consumption of flavonoids measured throughout. These numbers were also statistically adjusted if participants changed the amount of flavonoids they ate on average during the study. 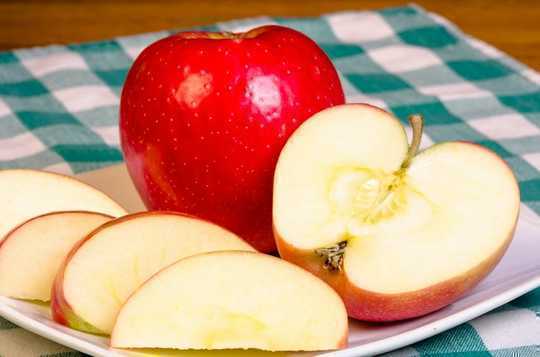 An apple a day really could keep the doctor away. Zigzag Mountain Art

The foods they looked at included orange juice, tea, oranges, apples, blueberries, pears and strawberries. Tea, apples and pears were common sources of flavonols and flavonoid polymers. Anthocyanins are found in berries and red wine.

However, these types of studies can be affected by many variables in the sample study. These include a wide range of population factors, known as “confounders”, that have to be accounted for, as they can impact the reported results. Confounders can include anything from social status, gender, race, weight and occupation.

The study accounted for several confounders including age, sex, education level, energy intake, smoking, cholesterol levels, hypertension, genetics, and diabetes. They were able to show that regardless of these confounders, eating a diet rich in flavonoids over your lifetime was beneficial for reducing Alzheimer’s risk.

Evidence from this study shows clearly that eating foods rich in flavonoids over your lifetime is significantly linked to reducing Alzheimer’s disease risk. However, their consumption will be even more beneficial alongside other lifestyle changes, such as quitting smoking, managing a healthy weight and exercising.