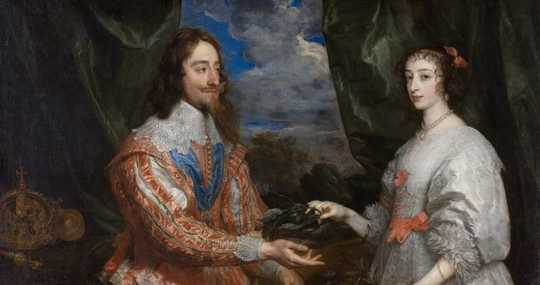 Today, many people under lockdown have become COVID bakers or #quarantinecooks. Food shopping restrictions and fears of food shortages have contributed to a burst of #pantrycooking recipes that require minimal ingredients.

New kinds of online community cookbooks share comfort foods to get us through lockdown, expanding the shape of thriving food blogger or online recipe sharing communities.

My research into English recipe books, women and food in the 16th and 17th centuries shows that centuries ago, cooking served similar social purposes in difficult times.

When we read recipes closely, we can often get a glimpse of historical conditions and responses to challenges such as food insecurity, war and other types of political and cultural upheaval. 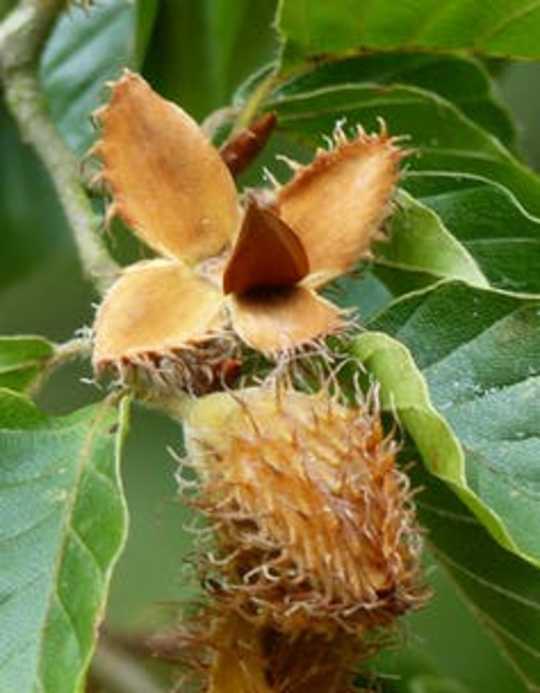 London inventor Hugh Plat’s Sundrie new and Artificiall remedies against Famine was published in the midst of a four-year crop failure in the 1590s. His recipes are practical experiments aimed at improving the quality of famine food.

One recipe tells readers how to remove the “ranke and unsavourie tast” of “Beanes, Pease, Beechmast,” (beechnut) as well as “Chestnuttes, Acornes” and “Veches” (vetches), a member of the pea family. After boiling in several changes of water, these ingredients could be ground into powder and used, in desperate circumstances, as grain replacements.

Another more ambitious recipe promises “Sweete and delicate cakes made without spice, or Sugar.” In this case, Plat extends the life of wheat flour by cutting it with parsnips beaten “into a powder.” These “tast very daintily,” he claims, and adds that “carots, turneps, and such like rootes” are other handy substitutes.

Part survival manual, Plat’s book also shows how creativity can give pleasure and comfort. He resists the idea that famine cookery must be unpleasant. And he encourages readers to approach cooking with an eye to experimentation and discovery.

A group of recipe books published in the 1650s is especially interesting. In this post-Civil War era, royalists mourned King Charles I, who was beheaded in 1649. Queen Henrietta Maria and her son, the future Charles II, escaped into exile in France.

Supporters of the monarchy soon found subversive ways to communicate their resistance to the new republican rule under the military general Oliver Cromwell — through recipes. 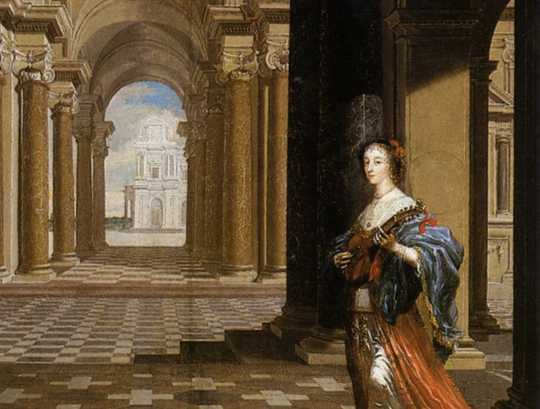 Two of the recipe books make direct reference to the former Royals. The Queens Closet Opened, first published in 1655, advertises itself as a collection from “the true Copies of her MAJESTIES own Receipt Books.” It’s a companion of sorts to the 1654 Art of Cookery Refin’d and Augmented, compiled by Joseph Cooper, “chiefe Cook to the Late KING.”

We might think of these books as bringing the Royal couple into the heart of the household: England’s kitchens. The nation was still recovering from the years of conflict, but here, a restored Royal couple promises “infallible delight” and “Incomparable Secrets” to feed and heal a war-weary public. 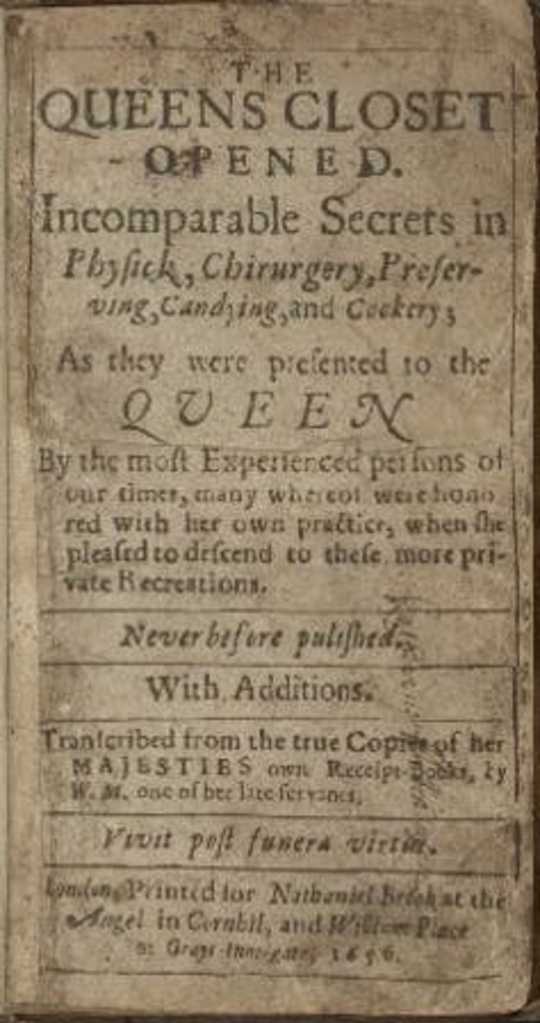 The books also invite readers to join the Royals at the table. Many of the recipes in these books are surprisingly accessible to common as well as elite households.

The Art of Cookery’s “An Oatmeal-Pudding” is a savoury recipe that transcends class distinctions with its simplicity: “Take the biggest Oatmeal, and mince what Herbs you like best, and mixe with it; then season it with Salt and Pepper … when it is boyled butter it.”

Households of varying classes could adapt and use other recipes as well. “How to boyle a Chicken” begins with a readily available meat and a straightforward process (boiling). The distinctions appear in the details, allowing cooks to choose their approach.

More pricey imports such as dates and mace contribute to the flavour of the sauce and introduce a bit of court glamour. But a few herbs from the garden and a bit of butter could easily substitute. Elaborate guidelines for presentation, including placing “on the Chickens yolks of Eggs cut into quarters” and “Sheeps tongues fryed in greene Butter” (butter with herbs) could likewise be adjusted to suit availability and finances.

The Queens Closet Opened had a more exclusive emphasis on delicate preserves and sweets. But it was a small pocket book, which would have kept its price down. Such accessibility allowed literate merchant and artisan families imaginative access to the Queen’s table. And the Queen’s favourite fruits, including pippins, plums, pears and quinces were locally grown and widely available to rural and urban cooks alike. 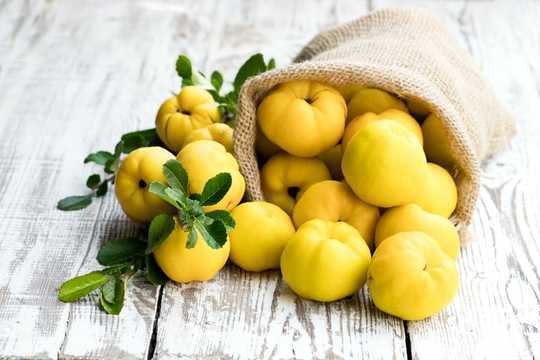 Quince is in the same family as apples and pears. (Shutterstock)

Recipe books in the Renaissance had the power to bring households together in times of adversity. Food was a way of remembering the good old days, bringing comfort through nostalgia. These recipes gave readers hope, while inspiring long-lasting skills of creativity and experimentation.

Our reaction to COVID-19 is still in the process of being written down. Recipes and food photography will contribute to a political and cultural record of responses to isolation and uncertainty.

These responses can be powerful. Like the recipe books, COVID cooks and bakers bring us back to our roots. They build global communities, crossing national boundaries and reminding us of our collective strength. We can draw on these skills in the future.

Once quarantine orders have loosened, many will be thinking once again about the shared global challenge of climate change. The creative communities generated by cooking won’t solve this challenge, but they’re a good basis for action.