How Food Fraud Is Hidden In Plain Sight 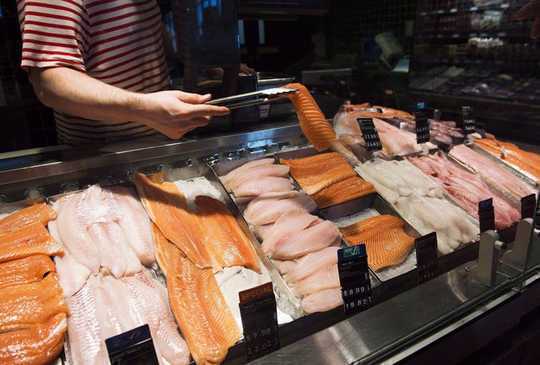 A seafood counter is shown at a store in Toronto in 2018. A study that year found 61 per cent of seafood products tested at Montréal grocery stores and restaurants were mislabelled. Fish is a common victim of food fraud. THE CANADIAN PRESS/Nathan Denette

The globalization of the food chain has resulted in increased complexity and diminished transparency and trust into how and where our foods are grown, harvested, processed and by whom.

Furthermore, recurring incidents of food fraud remind us that some of those involved in the food chain are exploiting this complexity. Today, consumers are at an increased risk of buying lower-quality food than what they paid for, or worse, eating food with unsafe ingredients or undeclared allergens. 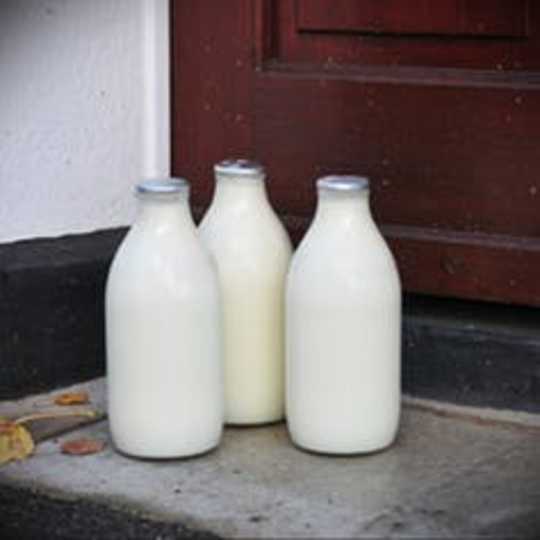 The milkman used to deliver locally sourced milk to your doorstep. Shutterstock

Before modern supermarkets, a local village or town grocery store stocked up to 300 items grown or processed within a 240-kilometre (150-mile) radius. In comparison, our post-modern supermarkets carry an average of 33,000 items that travel 2,400 kilometres or more. The Canadian government is poised to tackle that problem by announcing a Buy Canadian food campaign.

While the extent of global food fraud is difficult to quantify, the Canadian Food Inspection Agency (CFIA) suggests food fraud affects 10 per cent of commercially sold food. Various academic and industry sources suggest that globally, food fraud ranges from US$10 billion to $49 billion. This is likely a conservative range considering estimates of fake Australian meats alone and sold worldwide are as high as AUD$4 billion, or more than US$2.5 billion.

If you add the sales of fake wines and alcohol, adulterated honey and spices, mislabelled fish and false claims of organic products, wild-caught fish or grain-fed meat, the numbers, and risks, increase significantly.

The SFCR states that food businesses must have preventative controls in place as well as product traceability records to ensure imported products meet Canadian laws. A provision of the Food and Drug Act states:

“No person shall sell an article of food that (a) has in or on it any poisonous or harmful substance; (b) is unfit for human consumption; (c) consists in whole or in part of any filthy, putrid, disgusting, rotten, decomposed or diseased animal or vegetable substance; (d) is adulterated; or (e) was manufactured, prepared, preserved, packaged or stored under unsanitary conditions.”

Another section of the act declares:

“No person shall label, package, treat, process, sell or advertise any food in a manner that is false, misleading or deceptive or is likely to create an erroneous impression regarding its character, value, quantity, composition, merit or safety”.

But are the regulations being enforced? 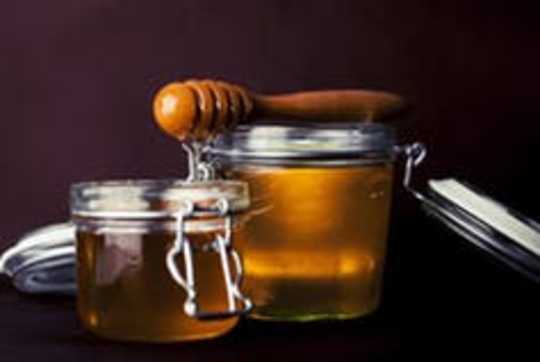 Is the honey you enjoy on your toast every morning cut with cheaper corn syrup? Pixabay, FAL

The CFIA is very active in food fraud prevention and detection. In July 2019, the agency received $24.4 million in new food fraud funding after announcing that 12,800 kilograms of adulterated honey was blocked from entering the Canadian market. Honey adulteration is the process of cutting pure honey with fillers and cheaper sweeteners, including corn syrup.

The CFIA has several enforcement instruments it can apply to offenders including administrative monetary penalties, licence suspension or cancellation and criminal prosecution.

Is food fraud the same as consumer fraud?

No. Canada is recovering from a significant consumer fraud incident where some of the most trusted brands colluded for more than a decade to fix the price of bread in what’s often termed breadgate. This was a breach of the Canadian Competition Act.

Canada was one of the first countries in the world with a formal Competition Act, initiated in 1889. While breadgate’s egregious breach of trust shocked Canadians, consumers are known to have short memories and to quickly forgive.

The protection of insiders acting as whistle-blowers in the food industry is critically important to expose both consumer fraud and food fraud. However, most food fraud detection requires the use of advanced high-tech methods.

In 2017, the University of Guelph’s Biodiversity Institute, in partnership with the CFIA, received $320,000 in federal funding to develop better genomics and DNA bar-coding tools, including portable devices. DNA bar-coding allows researchers to match animal and plant DNA against a reference database to identify a species.

The partnership has published a number of research papers uncovering food fraud and revealing the mislabelling of fish species in Canadian restaurants and grocery stores, an area of the institute’s research that now spans more than a decade.

In January 2019, the institute published a paper entitled “Re-visiting the occurrence of undeclared species in sausage products sold in Canada” as a followup to a previous study that showed a 20 per cent mislabelling rate for sausages. 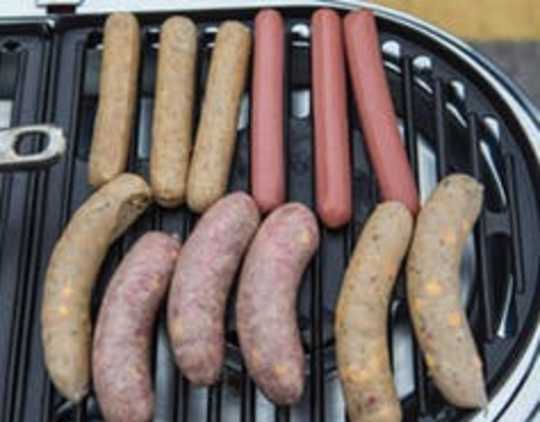 The original study found that 20 per cent of sausages sampled from grocery stores across Canada contained meats that weren’t on the label. THE CANADIAN PRESS/AP Photo/Tom Lynn

The followup indicated 14 per cent of the 100 sausages tested still contained meat DNA that was undeclared on the label. Even more concerning for the public is that many types of food fraud and mislabelling have gone undetected. New technology and methods of testing still has to catch up.

As social media amplifies recurring high-profile incidents of food fraud, trust in our global food supply chains remains a concern. For the foreseeable future, much of Canada’s food fraud remains hidden in plain sight, sitting right there on our grocery store shelves.