Alchemy and Shamanism — Tools of Transformation 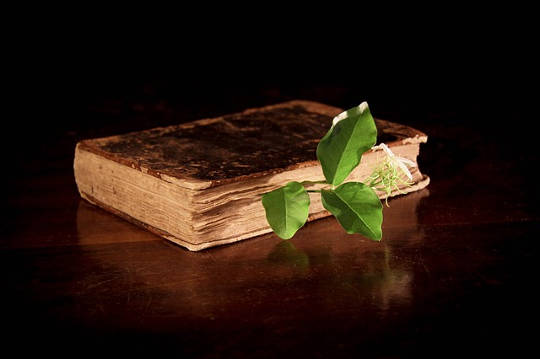 When seeing or hearing the word alchemy, one might think of old men in funny hats working at furnaces in ancient chemistry labs seek­ing to turn minerals into gold, create the philosopher’s stone, or find the elixir of life. However, these popular modern stereotypes of the ancient alchemists are but a tiny fragment of alchemy. Alchemic author Stanislas Klossowski puts it nicely:

Alchemy is a rainbow bridging the chasm between earthly and heavenly planes, between matter and spirit. . . . Alchemy, the royal sacerdotal art, also called the hermetic philosophy, conceals in esoteric texts and enigmatic emblems, the means of penetrating the very secrets of Nature, Life and Death, of Unity, Eternity, and Infinity. Viewed in the context of these secrets, that of gold making is, relatively speak­ing, of little consequence: something comparable to the super-powers ( siddhis) sometimes obtained by Great Yogis, which are sought not after for their own sake, but are important by-products of high spiri­tual attainment. [Alchemy by Stanislas Klossowski de Rola]

Alchemy—aka hermetic philosophy, the great art, the great work, the secret art, the divine art—is one of the most complex areas of study one can enter because of the vast variety of pursuits and goals associated with the term. It’s also one of the oldest philosophies and disciplines, dating back some three thousand years or more.

So what is alchemy? The very simplest answer is: alchemy is the art of transformation. Paracelsus, probably the most important and consistent philosopher in the history of the alchemic tradition put it this way: “Alchemy is the art that separates what is useful from what is not by transforming it into its ultimate matter and essence.”

When we change the vibrational frequency within the structure of a substance or system via shamanic alchemy, it changes into a new form. For our pur­poses, we could say that we are here engaged in the art of transformation through the discipline of mind over matter. Or, as physicist Fred Allen Wolf puts it, mind into matter. Wolf promotes a new view of alchemy. On the new alchemy he writes:

In much the same way that modern dictionaries make alchemy a mere shadow of the chemistry to come, modern science has attempted to make the study of the subject a mere reflection of the objective and reducible science of matter. Some of us, including many scientists, don’t agree with the new objective materialism. We believe in our heart of hearts, as did the alchemists that came before us, that something far richer than materialism is responsible for the universe . . . armed with the ancient knowledge and the modern vision that comes from modern physics, we can rediscover what the ancients may have known. All we need are a few basic concepts—a new way of seeing the old way. I call (these ways of seeing) the new alchemy. [Mind into Matter: A New Alchemy of Science and Spirit, Fred Alan Wolf, Ph.D.]

In modern times the comprehensiveness of the alchemic art offers us innumerous insights into a wide spectrum of topics and disciplines, includ­ing alternative healing, psychology and parapsychology, spirituality, art, sociology, and quantum physics, to name a few. But remember, whether the alchemic subject is herbs, minerals, elements, or sociology, medicine, psychology, or shamanism, or even our own physical body, mind, or etheric body, alchemy is always about creative transformation; changing some­thing that is inferior, imperfect, or unacceptable into something that is better, more perfect, and closer to what we desire.

Why Study and Practice Alchemy?

So why would a modern person want to study and practice alchemy? For me, the answer is basically the same as why I study and practice shamanism, which has led me to combine them; however, aspects of shamanism can easily be considered alchemy and vice versa. Shamanic alchemy, as presented in this book, covers both the practical and spiritual sides of the topic; however, the practical applications (science) are innately spiritual in nature when regarded through the eyes of sha­manism. Therefore, the answer to the above question is mostly found in a spiritual context, with practice in the art of alchemy a means to solidify the spiritual quest.

Many people, including myself, pursue a spiritual quest to fill a void that other activities cannot fulfill. Sex, drugs, alcohol, shopping, psycho­analytical therapy, wealth, power, sports, travel, or even a happy and ful­filling relationship, family life, or career does not satisfy our innate need for experiencing the numinous aspects of life.

Alchemy and shamanism have nothing in common with those activities except for the fact that they can replace the negative aspects and uplift the positive ones. The same might be said for any for religious activity. However, with alchemy and shamanism, we can employ direct experience of numinous and invisible worlds not attainable through religious dogma. This direct form of experi­ence is also known as gnosis—the Greek word for knowledge.

In the purest sense, both alchemy and shamanism are practical gnostic systems of enlightenment. Many of the early alchemists, such as the fathers of Hellenistic alchemy, Zosimos of Panoplis and Stephanus of Alexandria, considered themselves gnostics: the former belonged to the Poimandres gnostic sect and the latter was a gnostic Christian.

The predominant rea­son for practicing gnostic systems such as alchemy and shamanism rather than blind faith in an organized religion is that direct experience is highly effective in relieving suffering, ignorance, and fear of death. The direct experience of practicing shamanic alchemy has the power to invoke peace of mind, a healthy and confident outlook on life, increased creativity, and physical and mental vitality.

As I stated in the beginning of this introduction: alchemy is the art of transformation. Shamanic alchemy provides tools for inner transfor­mation in a dual process of personal-transpersonal and technical methods and procedures. The shamanic personal-transpersonal methods include but are not limited to vibrational energy work, connection to nature and the elements, regulation of the autonomic nervous system, and shamanic initiations.

The alchemic technical procedures include the physical prepa­rations and techniques in procuring energetically charged herbal tinctures, pertinent astronomy or astrology practices, spagyrics, and experiments with the various stages of alchemical separation and transformation. At the highest levels, this dual process evolves into one, each reinforcing the other in an expression of unity.

The answer to why a person would want to study and practice shamanic alchemy can be summed up in the following points.

Actually practicing (not just reading) shamanic alchemy opens the doors to occult knowledge of inner transformation through various meth­ods and processes, both ancient and modern, providing numinous expe­riences that can fill our existential void and produce enhanced mental, physical, environmental, and spiritual health and vitality.

Experiences and the knowledge gained through shamanic alchemy have the power to stay with you so the energy can be used again later and during the course of everyday life. And alchemical products can be stored for later use without a reduction of potency.

As with most skills we learn in life, shamanic alchemy is learned through a progression of skills. This is not a race! Some of the praxis may take months or even years to achieve. I have personally experienced countless disappointments and failures and also many incredible and sometimes unbelievable successes during the over thirty years of learning the material contained in this book.

It is most important to achieve the fundamental praxis first. Learning to enter an integrated state of consciousness, gaining tangible experience with phase-conjugate mirrors of the mind, taking the first steps toward direct shamanic viewing, and developing a concrete relationship with the Sacred Fire are the four cornerstones of shamanic alchemy. These fun­damental praxis take time, patience, perseverance, and guts to achieve. Without these tools, the subsequent praxis cannot be fully realized, espe­cially the seven stages of shamanic alchemy transformation.

©2019 by James Endredy. All Rights Reserved.
Excerpted with permission from the book: Shamanic Alchemy.
Publisher: Bear & Co an imprint of: www.InnerTraditions.com.

Revealing the practical and intuitive connections between shamanism and alchemy, including not only Western alchemy but also alchemical practices from the East, Endredy recasts the 7 stages of the alchemical “Great Work” as a transformative shamanic journey and initiatic experience. He provides step-by-step instructions for 18 shamanic alchemy practices for inner transformation, including vibrational energy work, consciousness-altering techniques, the creation of mirrors of the mind, shamanic viewing, and sacred ceremonies tied to the four elements. Exploring the healing art of spagyrics, the author shows how this alchemical plant-medicine practice is receptive to the energetic work of traditional shamanic techniques. He details formulations for distilling shamanic spagyric remedies, as well as recipes for basic tinctures and “plant-stones.” He also discusses the creation of sacred space, altars, and shamanic distillation lodges. (Also available as a Kindle edition.)

More Books by this Author

James Endredy is a practicing shaman of Hungarian descent who learned his craft from formal initiations with the peyote shamans of Mexico and through 30 years of living with and learning from shamanic cultures in North and South America. He is actively involved in preserving historic alchemy texts as well as the world’s indigenous cultures and sacred sites. He is the award-winning author of several books, including Advanced Shamanism, Teachings of the Peyote Shamans, Ecoshamanism, and Earthwalks for Body and Spirit. Visit his website at JamesEndredy.com

Between Gods And Animals: Becoming Human In The Gilgamesh Epic

How Validating Their Distorted Memories Helps People With Dementia

Do You Know The Lifestyle Factors That Cause Cancer?

The Garden as a Metaphor for Life