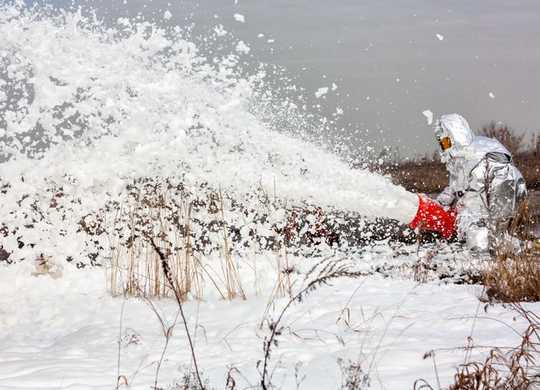 PFAS are a class of about 5,000 compounds found in firefighting foam, flame retardants and non-stick cookware. (Shutterstock)

Lowe’s recently joined the Home Depot and other major retail chains in phasing out the sale of products treated with poly- and perfluoroalkyl substances, toxic chemicals more commonly known as PFAS. Specifically, Lowe’s said it would stop selling indoor residential carpets and rugs treated with the PFAS by the end of 2019.

PFAS are a family of chemicals known for their non-stick, water-repellent and stain-resistant properties. They are used in cookware, clothing, carpets, cosmetics, and military and industrial applications.

But PFAS are persistent and have been detected in drinking water, in soil, rain, fog and ice, and in humans, plants and animals. Even polar bears and ringed seals in the Arctic have PFAS in their blood. A recent report found that almost all U.S. drinking water sources may be contaminated with PFAS, and the chemicals have been found to be widespread in Canadian rivers and creeks. Despite the evidence that PFAS cause a range of health problems, chemical companies often contradict those claims.

Although some countries have banned some types of PFAS, many remain on the market and new ones are regularly introduced. Perhaps it is time to ask whether wider bans on PFAS production and use are needed.

PFAS are slow to break down in the environment. This stability can be traced to the strong bonds between fluorine atoms and chains of carbon atoms in the backbone of the molecules. 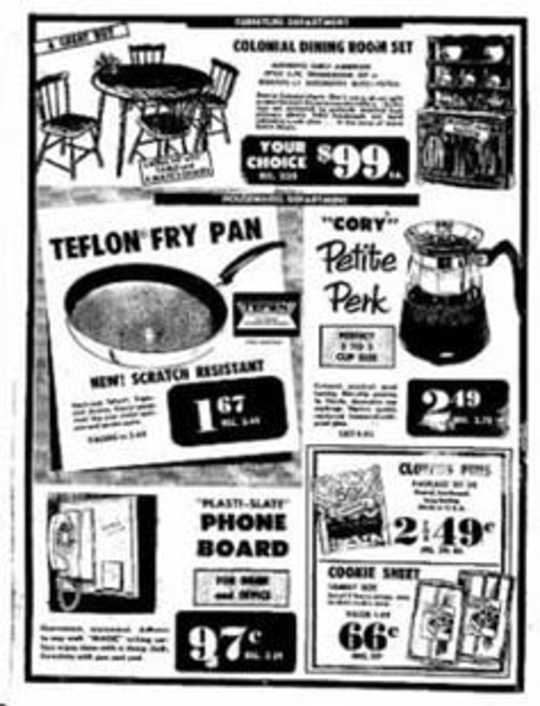 The first fluoropolymer was synthesized in Germany in 1934. It was soon followed by the accidental synthesis of polytetrafluoroethylene (PTFE) in 1938 by a chemist working for the chemical company DuPont. Within a few years PTFE was commercialized as the non-stick coating Teflon, and applied to everything from pans to paints.

Despite the history of PFAS, and the introduction of new products every decade since 1940, it was not until the turn of the century that PFAS manufacturers, academics and regulators had the analytical tools to begin to understand the pervasive nature of PFAS in the environment and the risks to human health.

People are exposed to PFAS through food and water, and by inhaling dust. The chemical has been found in the blood of infants, young children and their mothers. Those working in the PFAS manufacturing industry or living near chemical plants have higher rates of exposure.

These compounds can build up, or bioaccumulate, in the tissues of people and other animals, with a preference for the liver, kidneys and blood. They are water soluble, meaning that they are excreted in urine, feces and in breast milk.

Research has linked PFAS to a variety of toxic effects, including liver damage, decreased fertility, thyroid disease, testicular and kidney cancer and a decreased immune response to vaccines. Growing concern about the potential health risks of PFAS has led some companies to discontinue their use. 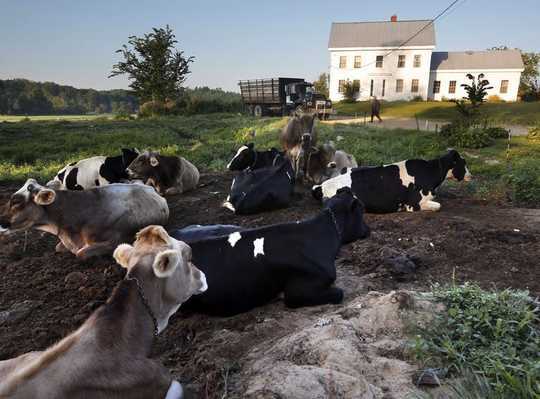 PFAS chemicals are found in sewage sludge used to fertilize fields. This Maine dairy farm shut down in 2019 after sludge spread on the land was linked to high levels of PFAS in the cows’ milk. AP Photo/Robert F. Bukaty

On the manufacturing side, the 3M Company was the first to announce in 2000 that it would stop making perfluorooctane sulfonate (PFOS), the active compound in Scotchguard and other products, and one of the older types of PFAS. At the time, the U.S. Environmental Protection Agency said it was on the verge of taking steps to remove the product from market because of the risk it posed to the environment and human health.

Despite evidence to the contrary, including company records that have been made public in lawsuits, some in the chemical industry continue to argue that the chemicals do not pose human health risks.

Only a small fraction of PFAS have been tested for human health and safety before they were released to the market. With an estimated 3,000-5,000 untested PFAS being used in products today and only 75 PFAS identified by the EPA for future toxicity testing, it is not difficult to muddy the waters of evidence.

Hundreds of industrial, aviation and military sites across North America are contaminated with PFAS, and are at risk of polluting drinking water and food sources. By one estimate more than 110 million people in the U.S. may be drinking PFAS-contaminated water.

From a regulatory perspective, most of the attention has been placed on the two most common types, PFOS and perfluorooctanoic acid (PFOA). 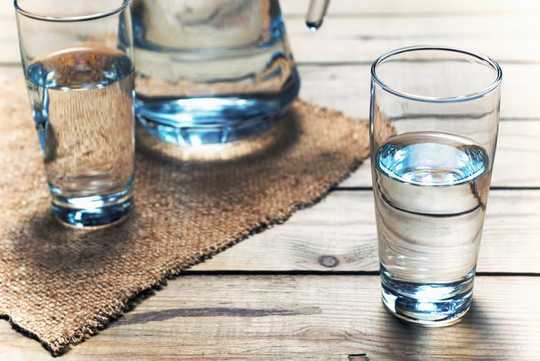 Canada declared PFOS a toxic substance in 2008, and it was added to the Stockholm Convention on Persistent Organic Pollutants in 2009. The U.S. Environmental Protection Agency has been working with companies for more than a decade to stop the production and import of long-chain PFAS, including PFOS and PFOA.

The U.S. House of Representatives approved a bill in January that would regulate PFAS in drinking water, and the EPA has established a database to map the known health effects of PFAS. Although Canada lists drinking water screening values for 11 types of PFAS, it also warns that only “PFOS and PFOA have been studied sufficiently” to develop guidelines to protect Canadians’ health.

Companies continue to introduce new types of PFAS they say are safer, although studies show that they may not be. In addition to the health risks these chemicals pose, they persist in the environment because they cannot be broken down by natural biochemical processes. As part of my research, I study bacteria and fungi that might be used to clean up environments contaminated with PFAS chemicals.

It is time for government to ban all long-chain PFAS, and forever eliminate these forever chemicals from our ecosystems.

What You Can Do To Keep Your Kids Safe From Pesticides

Why Are There Seven Days In A Week?

What The Law And Science Says About Monsanto's Roundup And Cancer