Written by Jerilynn C. Prior 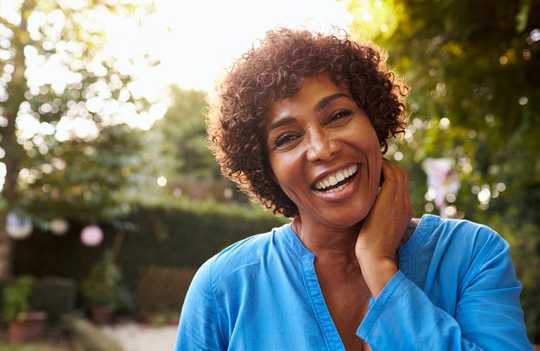 Intense and frequent night sweats zapped my vitality during perimenopause, the transition to menopause. I would wake in the night feeling suddenly anxious — then a wave of heat would sweep over me — a night sweat.

What I needed to keep these symptoms in check was the hormone progesterone. I took it for seven years because I needed it, it worked, and I believed it was safe.

It is important for women to know that many perimenopausal miseries are because estrogen is too high and extremely variable, not because it is low or deficient.

When does menopause occur?

Things got much better for me when I became menopausal.

Many women may tell you that menopause means everything changing and becoming miserable in midlife and that it includes a transition called perimenopause.

For a gynecologist, menopause means the last menstrual period in a women’s reproductive timeline.

Finally, an epidemiologist will tell you menopause begins one year after the final menstruation.

In reality, menopause is normal, natural and inevitable. Perimenopause begins between ages 35 and 57, and menopause occurs around the age of 52 for most Canadian women (usually between 45 and 60).

Menopausal women cannot become pregnant and, beyond that, many are pleased to be free of unpredictable and sometimes flooding blood flow that one-third of women experience in perimenopause. 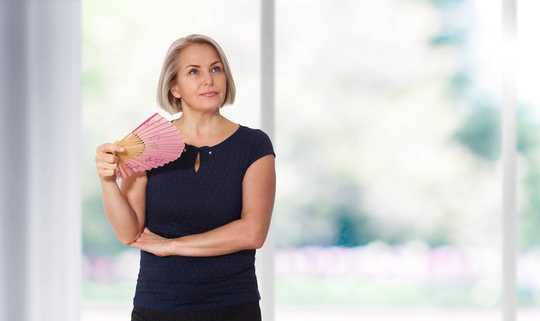 When estrogen drops during menopause, this is not a deficiency, but part of every woman’s natural life cycle. (Shutterstock)

The night sweats and hot flashes that begin in perimenopause may last as long as 10 to 12 years. In general, menopausal women experience daytime sweating, which is less disruptive.

Menopausal women who don’t have sex regularly will likely notice some vaginal dryness, some may have more trouble sleeping soundly and, for a few, a sudden urgency to pee may make it a race to get to the washroom on time.

Some have promoted the idea that menopausal women are old, wrinkly, unattractive and senile to boot. These are lures to get women to ask for estrogen or hormone “replacement” therapy. But decreasing estrogen levels do not signal a deficiency, as the estrogen-marketing lobby would have us believe.

Research shows women need a break from the high demands of estrogen, which stimulates cellular growth and poses a risk for cancers. Giving menopausual women estrogen alone — without progesterone or its synthetic knock-off progestin — led to increased rates of endometrial cancer in the 1970s.

The language of estrogen deficiency and hormone or estrogen “replacement” still dominates the medical literature even 17 years after a huge randomized study called the Women’s Health Initiative (WHI) showed taking a combination of estrogen-progestin caused more harm than benefit (two-thirds of the women were over 60). The same was also true for women who had had hysterectomies and received estrogen-alone (all were over 50 and more than two-thirds older than 60).

Does that mean menopausal women with vasomotor symptoms such as hot flashes and night sweats must just suffer?

Estrogen, whether on its own or combined with progesterone/progestin, can treat vasomotor symptoms. But there are downsides to estrogen-based hormonal therapy. It can, for example, increase breast cancer risk.

When a woman stops menopausal hormone therapy, she often experiences rapidly worsening vasomotor symptoms. About a quarter of women find they can’t stop therapy because the withdrawal symptoms are so severe. 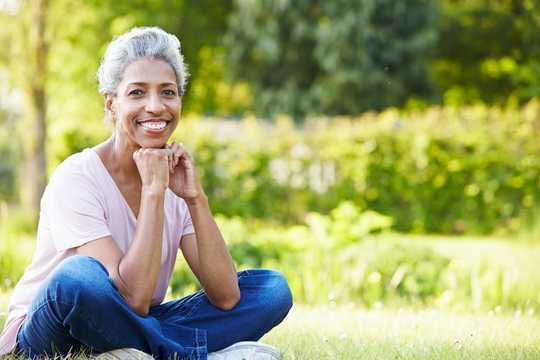 The benefits of progesterone

It turns out that estrogen withdrawal leads to hot flashes and night sweats. In other words, the brain gets used to higher estrogen levels and reacts to the decrease by releasing the stress hormone norepinephrine, which causes altered temperature responses.

Progesterone can ease this response. It treats hot flashes and night sweats, causes no rebound when stopped and, importantly, it significantly helps menopausal women with sleep problems.

Although progesterone has not been tested in a large controlled trial, progesterone also doesn’t seem to cause the blood clots, heart disease or breast cancer associated with estrogen or estrogen-progestin menopausal hormone therapy.

In our randomized trial of progesterone or placebo for the treatment of vasomotor symptoms we also measured changes in weight, blood pressure, waist size, fasting glucose, blood lipids, a marker of inflammation and one of blood-clot risks. The changes with progesterone did not differ from changes on placebo, meaning that it had neither positive or negative effects on these factors.

Women should look forward to healthy aging. Perimenopause may be difficult, but we all survive and eventually graduate into menopause. This is our break from the 30 to 45 years of demands made by our reproductive hormones. 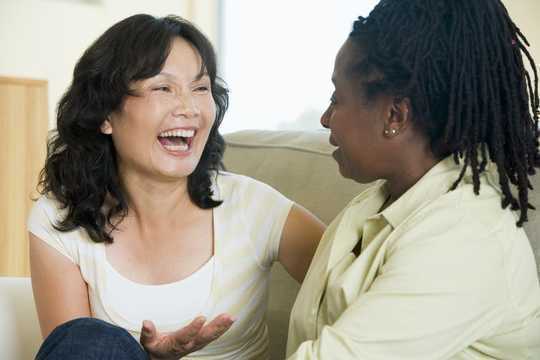 Moderate physical activity is important during the menopausal transition/perimenopause. (Shutterstock)

If night sweats continue, she could ask her health-care provider for progesterone therapy (taken at bedtime). If vaginal dryness is an ongoing problem despite regular and gentle sex, vaginal estradiol in very low doses is effective and safe.

Most important of all is that perimenopausal or menopausal women remain active learners and continue to importantly contribute to their communities.

Jerilynn C. Prior, Professor of Endocrinology and Metabolism, University of British Columbia