Answers To Those Puzzling Questions Of The Coronavirus 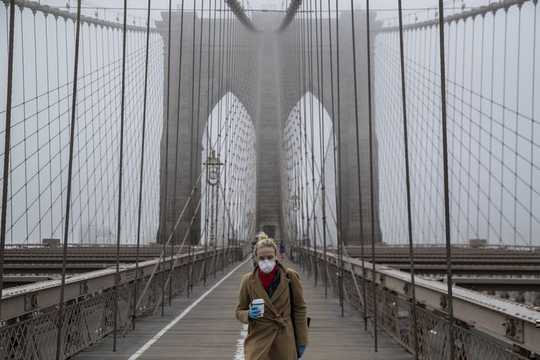 As researchers try to find treatments and create a vaccine for COVID-19, doctors and others on the front lines continue to find perplexing symptoms. And the disease itself has unpredictable effects on various people. Dr. William Petri, a professor of medicine at the University of Virginia Medical School, answers questions about these confusing findings.

Some evidence suggests that patients experience low oxygen saturation days before they appear in the ER. If so, is there a way to treat patients earlier?

Even before symptoms arise, people infected with SARS-CoV-2 show damage to their lungs. This is likely why low oxygen saturation – that is, below-normal oxygen levels in their blood – occurs before the patient goes to the ER. Restoring those levels to normal is presumed, though not proven, to be beneficial; giving patients supplemental oxygen via a nasal cannula, a flexible tube that delivers oxygen, placed just inside the nostrils, will restore oxygen to normal levels unless disease worsens to the extent that mechanical ventilation is needed.

Young adults are having strokes with COVID-19. Does this suggest the illness is more of a vascular disease than a lung disease in that age group?

COVID-19 can be a devastating disease to multiple organs and systems in the body, including the vascular and immune systems. A lung infection is the primary cause of disease and death. There are examples of the clotting system being activated and causing strokes, perhaps caused by an immune system responding abnormally to COVID-19. 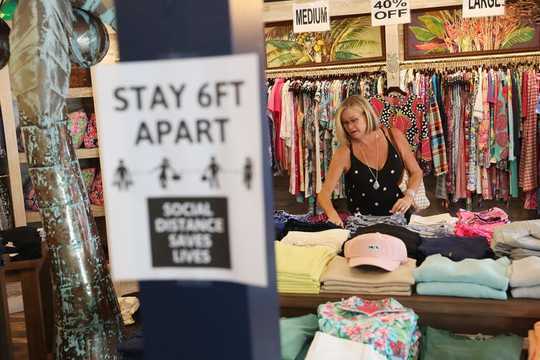 A sign in a clothing store in Stuart, Florida warns shoppers to keep their distance. Retail stores, restaurants and beaches have now reopened in a majority of Florida counties. Getty Images / Joe Raedle

The Centers for Disease Control and Prevention recently updated its official list of symptoms. Does this suggest anything unusual about COVID-19?

This new information is due to a greater number of infected individuals being studied. The update simply reflects a better understanding of the full spectrum of illness due to COVID-19, from asymptomatic to presymptomatic to severe and fatal infections.

How can so many people experience such mild symptoms and others quickly die from it?

One of the most fascinating aspects of these diseases is the huge difference that individuals experience with an infection. In our own research, we have found that many children in the U.S. infected with cryptosporidia have no symptoms, yet this parasite is a major killer of infants in the developing world. After an infection of SARS-CoV-2, the severity of the illness is likely due in part to how the patient’s immune system responds; an overzealous immune response may cause death through what is called colloquially a “cytokine storm..” We do not know yet if cytokine storms occur more in one group than another – for example, older versus younger. 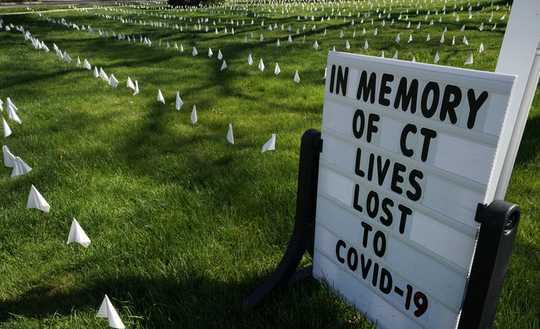 Thousands of white markers on the grounds of the First Congregational Church in Greenwich, Connecticut. Each marker honors lives lost to the COVID-19 pandemic. Getty Images / Timothy A. Clary

The disease appears now to affect various other organs – heart and kidney, for example. What does this suggest?

What we know most clearly is that infection starts only in human cells with the ACE2 receptor – that is, in a cell that is capable of receiving the virus. That is present not only in the lungs, but in other cells as well, including those in the intestine and in the nasal mucosa, which lines the nasal cavity. When those cells are infected, the immune system is activated. A consequence is that both the heart and kidney are affected.

Why are some countries not experiencing as much COVID-19 as the U.S., Europe and China?

I think it’s too early in the pandemic to know if certain countries or populations are relatively less susceptible. The younger overall age of a population could be a primary factor. Or perhaps the virus, so far at least, has not had time to spread more widely in these countries.

What Coronavirus Symptoms Should I Look For, And When Do I Call The Doctor?