Think Of Mental Disorders As The Mind's Sticky Tendencies 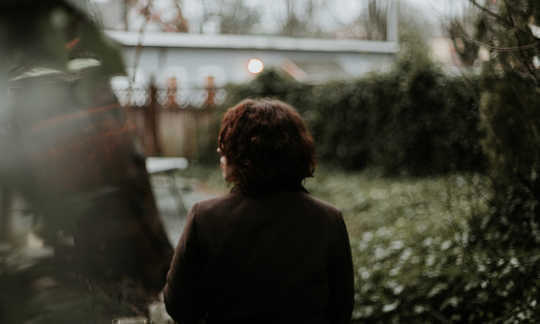 When I started my training as a clinical psychologist, I felt uncomfortable being exposed to these wildly different understandings of what exactly mental disorders are, and why they might or might not count as a disorder or a dysfunction. So, when I embarked on my PhD research, I decided to seek some clarity around this concept that serves as a foundational pillar for psychiatry, clinical psychology, and for so much of our discourse around mental health.

This observation points to some interesting questions: might certain frameworks of human functioning be better than others at helping us to think about mental disorder? Might a more helpful view of human functioning produce a richer understanding of mental disorder? Narrowing the scope of my research, these questions brought me to a position known as ‘embodied enactivism’.

Embodied enactivism is a growing position in the philosophy of mind and cognitive sciences. It is a ‘biological’ position in that it recognises physiological processes vital in the quest to understand human behaviour, yet it places equal value on personal meaning and interpersonal scales of explanation. In this way, it manages to be non-reductionistic without ignoring the importance of our embodiment as biological creatures. It is this breadth of perspective that initially drew my attention to embodied enactivism as a framework of human functioning from which to consider mental disorder. Embodied enactivism sees the various scales of explanation relevant to understanding human behaviour as different aspects of the same dynamic whole – an organism standing in relation to its world.

To break it down a little further, embodied enactivism views the mind as embodied, embedded and enactive. ‘Embodied’ refers to the idea that the mind is fully material, including not just the brain, but the brain-body system. We’re not just brains driving our skeletons around like cars, but rather our ‘self’ is constituted by our whole body. ‘Embedded’ refers to the idea that we’re richly and bi-directionally connected to the world around us, and that this connection has a massive influence on our behaviour. We live in both a physical and a sociocultural environment. Over time, we both shape this world and are shaped by it. Lastly, ‘enactive’ refers to the idea that the meaning we experience is enacted through our inherent purpose as striving organisms. We don’t just see the world around us as dry facts, but experience the world as having immanent meaning. This meaning isn’t out there in the world, nor is it constructed by us, but rather it concerns the very real relation between the state of the world and our purpose of trying to keep living. The world has meaning for us.

Embodied enactivism pushes us to think about the brain, body and environment all acting together as a complex system. This broad perspective aligns with clear evidence that, when it comes to mental disorder, everything from genes to culture seems to play an important role. More and more, it seems that mental disorder might not be defined by a single biological deviation or essence (such as an imbalance of chemicals in the brain); rather, mental disorders seem to be composed of networks of mechanisms, spanning the brain-body-environment system, that together maintain engagement with maladaptive behaviour.

Alongside this encompassing perspective, embodied enactivism has a particular understanding of values and normativity, seeing them as real things in the world that exist for organisms via their needful relationship with the environment. This has the potential to address a divide that currently exists between those who view mental disorders as defined by norms and values (referred to as ‘evaluativists’) and those who see mental disorders as naturally defined phenomena (known as ‘objectivists’). From the view of an embodied enactivist, mental disorders are both natural and normative: they’re patterns of behaviour, thought and emotion that are in conflict with a person’s mode of functioning in the world.

One quandary, in particular, highlights the usefulness of seeing mental disorder through the lens of embodied enactivism, a view for which there is growing support. Mental disorders might be best thought of as networks of mechanisms, rather than as diseases with clearly defined essences. Yet despite being affected by factors spanning the brain, body and environment, we still see apparently recognisable patterns of distress and dysfunction – such as depression and anxiety – rather than a melange of idiosyncratic problems in living. Why is this? Embodied enactivism suggests the possibility that these patterns of thoughts, behaviours and emotions represent ‘sticky tendencies’ in the human brain-body-environment system.

‘Sticky’ is my way of describing the concept of an attractor basin – in mathematics, a state into which a system tends to fall and remain despite different starting conditions. Putting this in plainer language, mental disorders might be patterns of thought, behaviour and emotion into which the human brain-body-environment system has a tendency to fall, and these patterns are hard to change because they are self-maintaining.

Depression is depression, in part, because it’s a pattern of thought, behaviour and emotion that the human brain-body-environment system has a tendency to fall into and get stuck in. From this perspective, mental disorders are fuzzy but real patterns in the world that can be discovered, rather than decided upon. Most importantly, this means that they’re still the kind of things we can try to explain.

To understand this concept a little more, imagine holding a kitty-litter sized container with both hands. The floor of this container is shaped like a little landscape with hills and valleys. Now imagine placing a marble in the container and moving your hands so that the marble rolls over the landscape. Notice how the marble gets stuck in the valleys and bounces off the hills; how sometimes it falls into patterns or particular tracks across the landscape. In this analogy, the marble being in different places in the container represents different states that a person can be in, and the shape of the landscape represents the combined influences – ranging from chemicals to culture – that affect a person’s behaviour. In the top-left corner there is a particularly deep valley that represents depression or some other mental disorder. If the marble gets stuck in this valley, you really have to tilt and shake the container to get the marble to move out of there. While the marble is stuck in the valley, it can move only back and forward, stuck in the same pattern of behaviour; hence, depression is ‘sticky’.

In this view, if we’re going to explain depression (or another mental disorder), what we need to understand is the network of factors that shaped and maintain this valley. We need to understand how this network is constituted in such a way that it maintains this pattern of behaviours, thoughts and emotions, despite being maladaptive for the person affected.

I’m certainly not making the claim that an embodied enactive perspective is the final word on the nature of mental disorder. Rather, I think it represents one viable answer to the question What are mental disorders? and one that has helped me find clarity as I continue my clinical psychology training. If the sciences of psychopathology are to progress, we need to keep asking this question and refining our answers.

Kristopher Nielsen is a PhD student in psychology at the Victoria University of Wellington in New Zealand.