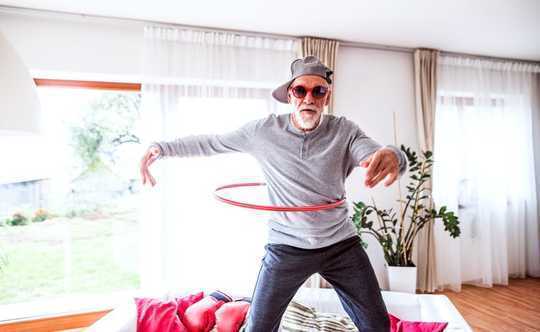 By 2050, the world’s over-65s will outnumber the under-15s for the first time in history. The root cause of this is simple: infant mortality has decreased. In 1910, about 15% of British babies died shortly after being born. By 1950, this had dropped to about 3%, and last year it was about 0.3%. This reduction is a global trend that only grouches fail to hail as a triumph.

But success brings its own problems. Every surviving baby is a potential pensioner, and by the age of 85, nobody is disease free. Being old is not in itself a problem, but being old and ill is quite another matter.

Over 40% of the UK’s National Health Service (NHS) budget goes on the over-65s. Spending on a patient in their mid-80s is more than seven times higher that on someone in their mid-30s. Unless we improve healthy lifespan, by 2050 either healthcare expenditure will become impossibly high or care standards unacceptably low.

Conscious of this, the British government has set itself a commendable target “for everyone to have five extra years of healthy, independent life by 2035 and to narrow the gap between the richest and the poorest”. The second part of the sentence is key. Simply committing to increase the average healthy lifespan, as the European Union did some years ago, carries the risk that you hit your target by making the healthiest healthier.

Avoiding this is crucial for the UK where the health gap between rich and poor is bad (24% fewer of the poorest British people are in good health relative to the richest) compared with countries such as New Zealand and France (where the gap is only 5%-10%).

An authoritative new report, The Health of the Nation, from the All Party Parliamentary Group for Longevity lays out potential measures the UK government could take, and some traps to avoid, to meet its target. Drawing on contributions from many disciplines, there is something in it for everyone, from what you can do personally to stay healthy, through what your doctors can do to help you, to what scientists can do to help your doctors.

What you can do should come as no surprise. Stop smoking – which would cut UK health inequalities in half if everyone did so. Drink less alcohol – although you probably shouldn’t be a teetotaller. And stay a healthy weight and get enough exercise.

The trap with encouraging people to adopt healthy behaviour, for example by running a lose-weight campaign, is that the people who diet as a result tend to be health-conscious folk already worried they’re fat. So “catch everyone” measures, such as hiking the prices of beer and cigarettes, have a better chance of raising average lifespan by reducing health inequality. Just don’t expect smokers to thank the government for doing it.

Your doctors could help by putting more effort into preventing illness. The NHS focuses on healing the sick. It is extremely efficient at this but spends only 5% of its budget on prevention. This is because its key targets are for treating disease, not enhancing wellness. (Surgeons aren’t paid for the operations they didn’t need to perform.) 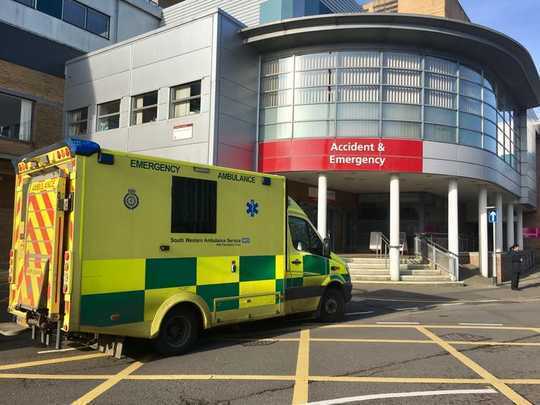 Only 5% of the NHS budget goes on prevention. Imran's Photography/Shutterstock

One recommended way around this is to shift NHS performance metrics and money away from payment by activity towards payment for meeting population health status targets, such as blood pressure. Healthcare systems worldwide are looking to do this, but the potential for unintended consequences is high. For example, it is not implausible that linking financial incentives to a healthy population would create incentives for doctors not to diagnose people as sick.

Scientists can help because the single greatest risk to your health is your number of birthdays or, in other words, the operation of the mechanisms causing ageing. Social circumstances and individual behaviour affect ageing, but its underlying biological drivers affect every tissue in the body.

Fortunately, we now know that a few fundamental processes cause both ageing and age-related disease. For older people who are already sick, this breakthrough in understanding could add decades to healthy life expectancy.

It took 50 years to establish that senescent cells – cells that don’t divide or support the tissues of which they are part – caused ageing but less than five to develop a drug cocktail that removes them from humans. So the first anti-ageing drugs are coming. But to get them to the clinic fast enough to meet the government’s target, the new report recommends establishing a dedicated British Institute for Ageing to lead scientists, entrepreneurs and industrialists in a unified effort.

The global race to patent anti-ageing treatments is firmly on, the human need for them undoubted, and the nations that already have such dedicated agencies are out in front. So this last recommendation is one every country on Earth without these institutions will be well advised to carefully consider.

How To Be Fit In Your 60s and Beyond

How Long Can Humans Expect To Live?