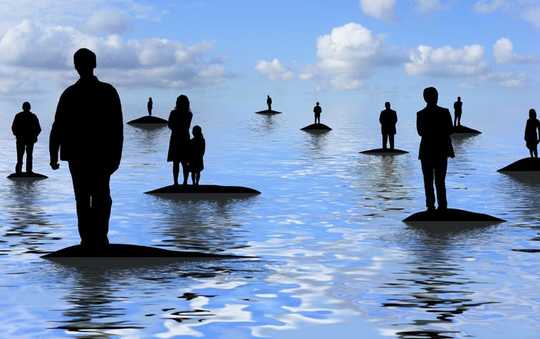 Being lonely or socially isolated can negatively affect your wellbeing. There is even research showing that it increase the risk of illnesses such as cardiovascular disease, dementia and depression.

Some researchers suggest that loneliness and social isolation lead to poorer health because they increase inflammation. Inflammation is when your body tells your immune system to produce chemicals to fight off infection or injury. It can also occur when you experience psychological or social stress.

Our analysis revealed that people who are more socially isolated have higher levels of two inflammatory chemicals: C-reactive protein and fibrinogen. C-reactive protein is commonly used as an indicator of inflammation and high levels are associated with poor health. Fibrinogen increases blood clotting and is higher when people have an injury or trauma. When people have long-term increased levels of these inflammatory markers, it can lead to an increased risk of poorer health over time. 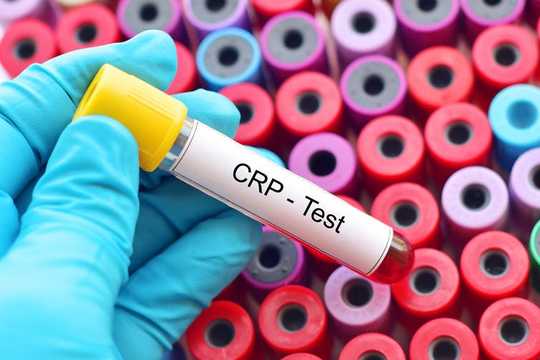 C-reactive protein is made in the liver. It rises when there is inflammation in the body. Jarun Ontakrai/Shutterstock

Social isolation could be linked to higher levels of inflammation for several reasons. It could be that social isolation leads to inflammation. We have evolved to be a social species, so being socially isolated could be a source of stress. And stress has a direct effect on the immune system.

It is also possible that we evolved to turn on our immune response when we are isolated. This is because when alone we could be at a greater risk of being injured. Our immune system may have learned to turn itself on to prepare for this greater risk.

It is also possible that inflammation leads to social isolation. People who are ill and have higher levels of inflammation can feel like they don’t want to be around other people. This could be because we have evolved to want to isolate ourselves so we don’t infect other people.

The evidence linking loneliness with inflammation was less convincing. We found some evidence that loneliness was linked to an inflammatory chemical called interleukin-6. But this was not a consistent finding and was based on only two studies. This suggests that there may not be a direct effect of loneliness on inflammation. Instead, loneliness may change how our body responds to stress. There is research showing that lonely people are more likely to have an enhanced inflammatory response to stress.

To best understand how loneliness and social isolation influence health we need to examine a range of biological, psychological and social risk factors, such as blood pressure, mental health, income and social support, as they are all associated with increased inflammation.

To best understand how loneliness and social isolation affect health we may need to think about a bigger picture beyond inflammation. This study provides us with a useful first step in understanding part of this bigger picture.

Lung Issues Could Be Linked To Where Vaping Devices Are Made

Breastfeeding Struggles Are Linked To Postpartum Depression In Mothers