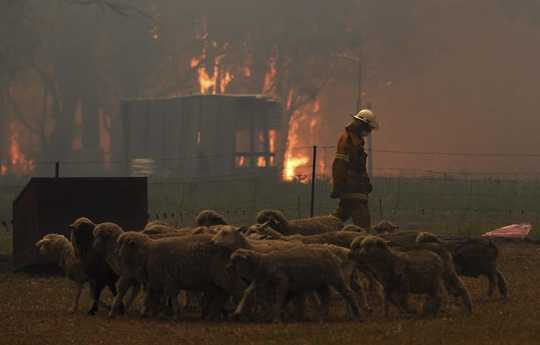 Catastrophic fires across the globe are increasing in both frequency and magnitude. The bushfires in Australia, fuelled by heatwaves and drought, have burned more than 10.7 million hectares, an area larger than Iceland.

Over one billion animals are estimated to have died in the Australian bushfires so far. This loss of life is devastating. Horses, dogs and other domestic animals are also being affected by the smoke generated by the wildfires.As veterinarians who have cared for small animals following the California wildfires and researched the impacts of wildfires on horses in Canada, we have some perspective on how smoke can harm companion animals and what people can do to protect the animals in their care.

The composition of smoke depends on what is being burned. The smoke from a house fire or a barn fire will contain different compounds than the smoke from wildfires or bushfires.

When an animal inhales smoke, it brings a combination of toxic gases, such as carbon monoxide and hydrogen cyanide, and particulate matter, a mixture of small liquid and solid particles, into its throat, nose and lungs.

Smoke inhalation can damage the respiratory tract in multiple ways; it can cause burns and lead to physical irritation, causing the airway to swell and become blocked. 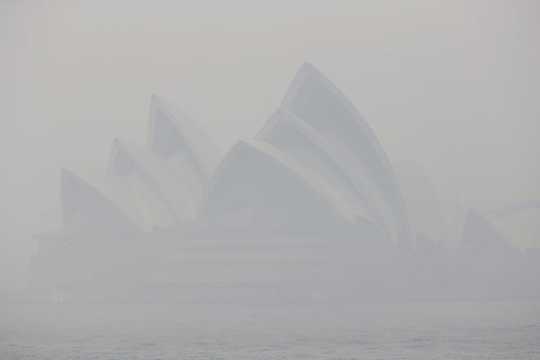 Toxic gases can impair oxygen delivery and lead to death. Animals with immediate and close exposure to fires, such as barn or house fires, face this risk.

Exposure to bushfires or wildfires results in a sustained, lower-dose exposure to smoke. The major concern here is particulate matter. Very small particulate matter (less than four microns in diametre) can bypass the body’s natural filters and reach the lower airways.

Our relationship with horses is unique in that they bridge the gap between livestock and companion animals. As athletic animals, air quality impacts horses’ capacity to perform. The financial ramifications of impaired performance is not insignificant, given the economic impact of the horse industry in multiple countries.

Horses have a huge lung capacity. A horse moves more than 2,000 litres of air through its lungs every minute during strenuous exercise. With this air, horses also inhale a large number of pollutants, which is drastically increased during fires. 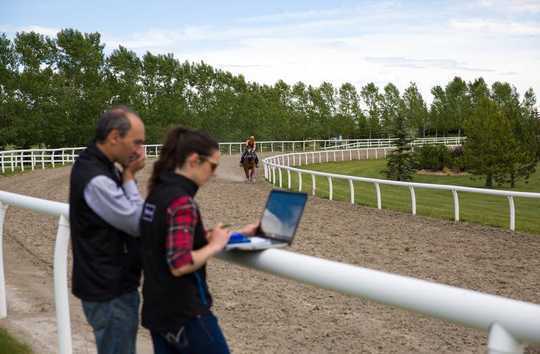 Horse galloping while wearing a mask capable of measuring lung capacity and oxygen uptake from the air. (Collene Ferguson, University of Calgary)

In 2018, Calgary was smothered in wildfire smoke for more than six weeks, with poor air quality warnings issued daily. During this period, we studied the impact of poor air quality on exercise performance in polo horses that were at a maintenance level of fitness at the end of the competition season. They continued the same training program throughout the trial, so all results are due to the improved conditions and not a conditioning effect.

Every horse involved in the study exhibited coughing at rest and during exercise, with owners complaining of decreased performance. 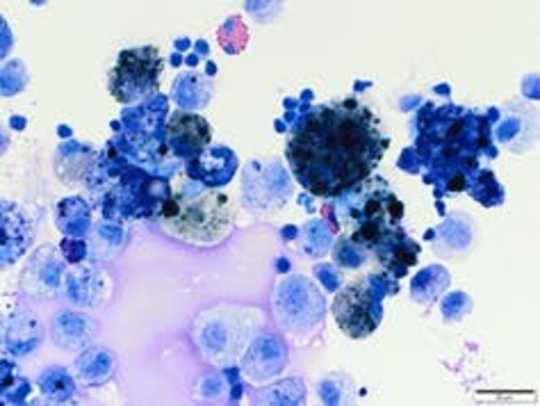 We performed a procedure called a lung wash on these horses to retrieve cells and particulate matter from their lungs. Every horse in the study showed inflammation of the respiratory tract. We also found large amounts of microscopic pollens and other debris trapped in the cells. These findings are diagnostic of asthma in horses, and were also commonly seen by veterinarians working in the affected area.

We also wanted to know how much the performance of these horses improved after prolonged smoke exposure. The gold standard technique to evaluate athletic performance is the measurement of maximum oxygen consumption, also known as VO2max.

How to keep animals safe

There are many guidelines available for people when air quality is poor, but very little information for pet owners.

The air quality index (AQI) is used in Australia and the United States. The AQI is a single number presented on a scale of 0-500, ranging from excellent air quality to the most hazardous air pollution. Canada uses the Air Quality Health Index (AQHI), using a scale from 1 to 10.

The Australian Broadcasting Corporation reported several regions where AQIs had surpassed 500 in December 2019. Wildfires in northern Alberta in 2018 sent AQHI index past 11 in Calgary in May 2019.

Where possible, animals should be kept indoors when the AQI is greater than 150 or AQHI is 10+ for multiple days in a row to reduce exposure to small particulate matter. The environment matters, however. For example, a dog in a tightly sealed home will have less exposure to airborne irritants than a horse in a stable.

Like human asthmatics, staying indoors might not prevent symptoms in animals with pre-existing respiratory conditions, especially when smoke persists for greater than five days. In addition, brachycephalic breeds such as pugs and bulldogs are likely to have a reduced tolerance to smoke. 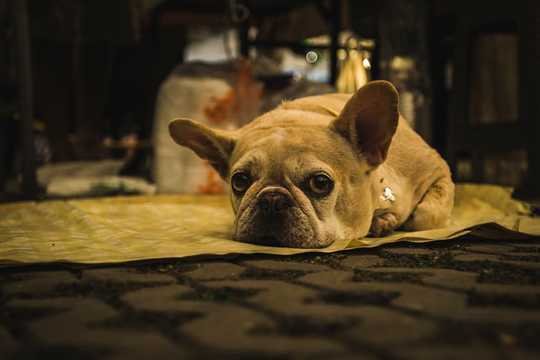 The breathing difficulties faced by pugs and bulldogs can grow worse when exposed to smoke. Owners should keep them indoors and limit their exercise. (Shutterstock)

When animals exercise, they increase the amount of air they inhale, which increases the deposition of particles deep in the lungs.

Based on guidelines from multiple regulatory bodies and associations, we recommend limiting outdoor exercise in animals when smoke is visible. Moderate to intense exercise should be reduced when there is a high or very high risk rating (AQI exceeding 100; AQHI greater than 7). We recommend cancelling events (such as a Thoroughbred race) when there is a very high risk rating (AQI greater than 150 or an AQHI of 10+).

There’s every indication that fire seasons are going to become longer and more frequent. When smoke starts to blanket the land, remember there are simple things you can do to protect the respiratory health of both you and your pets.