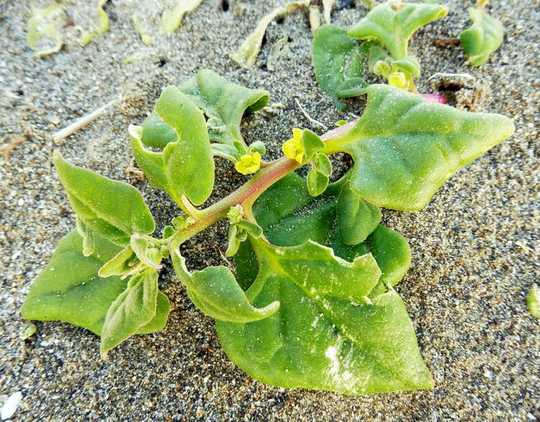 As a plant biologist I have spent a long time interested in what makes plants salt tolerant. Some plants can grow and thrive in very salty soils, saltier than the sea, while others (like most of our staple crops) will fail to flourish.

I was therefore intrigued by the plant I saw growing along the sand dunes around Byron Bay, when I moved to this area to work at Southern Cross University in Lismore.

This plant was Tetragonia tetragonioides, more commonly known as Warrigal greens, New Zealand spinach or Botany Bay greens. It is in the plant family known as the Aizoaceae, which includes many species that can tolerate harsh environments. 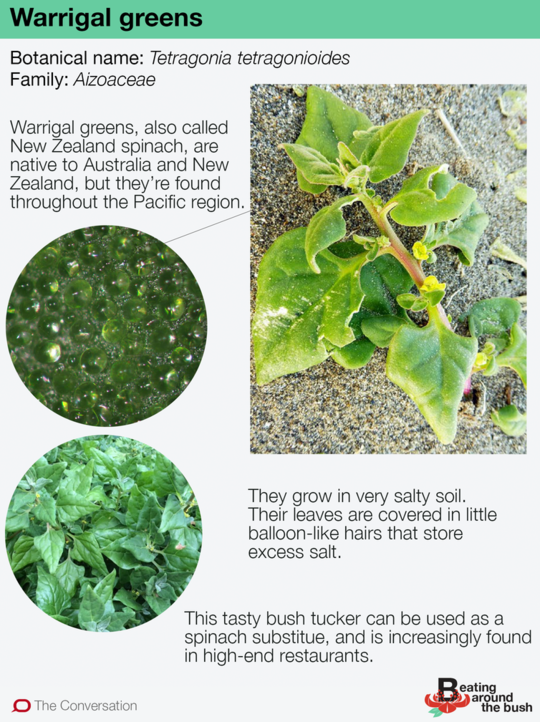 Tetragonia is an attractive succulent (think thick leaves). It is a ground trailing plant, with large triangular light green leaves and small yellow flowers. It is found widely throughout the Pacific region from South America to Japan but is thought to be native to New Zealand and Australia, where it grows mainly along the eastern coastline and in estuaries.

It has been described as both an annual and perennial plant, but this may be influenced by the availability of water and the climate. Its genus name derives from “four” (tetra) and “angle” (gonia), which refers to its four-angled seed pod.

The plant has an interesting history, having been collected in Australia and New Zealand by British botanist Joseph Banks and taken back to England in the late 1700s. There is some suggestion that it was eaten on the Endeavour on their homeward bound voyage to ward off scurvy.

Its seeds were then distributed throughout Europe and there are reports it became a popular summer vegetable in Victorian England and France. 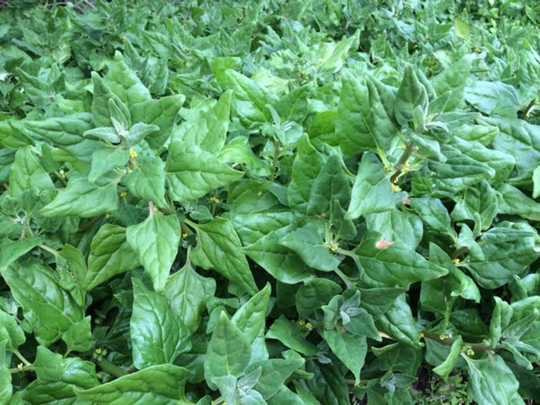 The leaves of Warrigal greens have a mild flavour, similar to spinach, and it can substitute for this vegetable in most recipes. It is becoming increasingly popular with chefs as a bush food (although it’s now mostly commercially sourced), and can be found on the menu of many top-end restaurants.

Research has shown it is high in fibre, vitamin C and healthy antioxidants, but also in oxalates. In high concentrations oxalates can cause calcium oxalate to accumulate in your body, which can develop into kidney stones.

However, many leafy greens including spinach and kale have similar high ranges of oxalates and are eaten raw with no concern about harmful effects. Most recipes recommend blanching the leaves for a few seconds, which is enough to remove the oxalates in the discarded water.

The leaves of Tetragonia have also been used in herbal medicine remedies to treat gastrointestinal diseases, as an anti-inflammatory, and more recently, it was shown to have an anti-obesity effect when fed to mice on a high fat diet.

One of this plant’s remarkable traits are the modified hairs that cover the leaves and stems, particularly dense on the underside of leaves. These are a type of trichome and in this plant look like small water-filled balloons on the leaf rather than hairs. Due to their odd shape, they are commonly known as “epidermal bladder cells” or “salt bladders”. 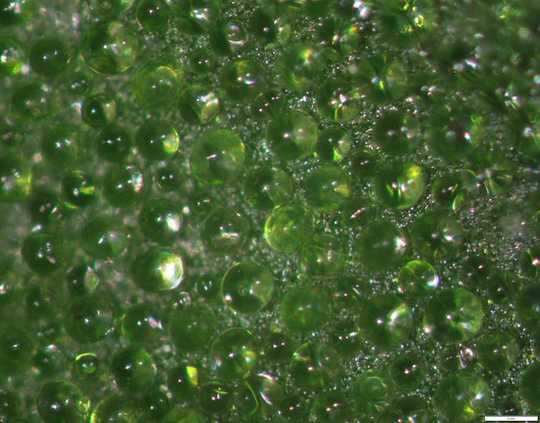 Their presence make the leaf look like it is glistening in the sunlight. While most flowering plants have trichomes, only about 50% of all highly salt-tolerant plants have these balloon-like modified trichomes. We are just beginning to learn how they function to increase the plants salt tolerance.

These trichomes can act as salt stores, sequestering the toxic salt away from the main part of the leaf, which allows the plants to continue to carry out photosynthesis and other metabolic processes that would normally be inhibited by the presence of salt. As the plant ages, these cells can grow to store more accumulated salt.

My work with my colleagues on another highly salt tolerant plant (commonly called the ice plant), which also has these modified trichomes, has shown cell enlargement is driven by consecutive doubling of the genetic material. As a result these large cells have extraordinarily large nuclei. 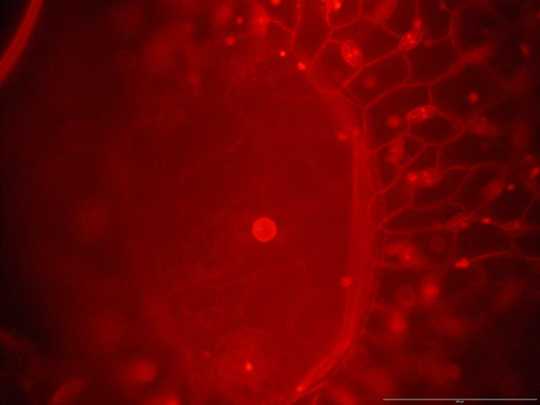 Growing this native species as a food crop could provide more options for landowners in places where the salt levels are already moderate to high, allowing for better use of agricultural land. It thrives in hot weather, few insects consume it, and even slugs and snails do not seem to feed on it due to the salt content.