The Wonder of Worms In The Garden 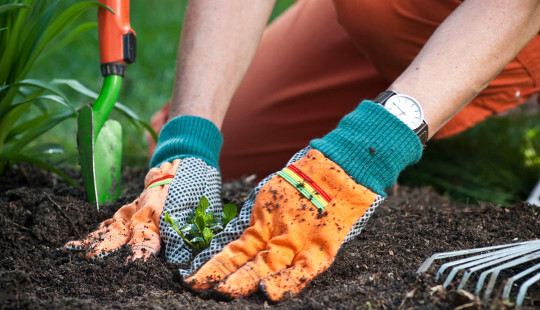 The key characteristic of the loving landscape is healthy, living soils which foster plant and animal health without artificial inputs. Compost, mulch and worms form the holy trinity of organic soil health.

Odd facts: Did you know there are about 4,300 species of earthworms world-wide? Did you know that the Australian Giant Gippsland earthworm can grow to be 3 meters (9.8 feet) in length? Shai-Hulud! I’ve also seen references to a 22 foot (6.7 meter) long worm discovered in South Africa, but can find nothing substantial to back it up, and have decided that it’s an Internet myth. What I do know, though, is that I’m glad I don’t live under water with the sea worms.

But I digress. The real wonders of this world are invisible, or so humble as not to be noticed. Like saints of the soil, garden variety worms pass through the world quietly, leaving miracles in their wake.

Worms In The Wild

Some worms are surface dwellers, living in the first few inches of soil, and working through the decaying organic matter on the surface of the soil, hasting that decay, and fertilizing the soil with their castings (and yes, castings means poop). These are the worms we think of as compost worms.

Deep dwelling worms, like night crawlers, tunnel relentlessly through the soil. Their tiny tunnels become channels which pull both air and water deep into the soil, opening it up and creating the conditions for life to bloom there in the darkness. Their work in the field of water management is particularly interesting: those tiny tunnels wick rainfall downward, instead of allowing it to puddle, slide away, or evaporate.

Worm castings themselves are also somewhat mucilaginous (one of my favorite words), so castings also bind soil, making it more cohesive and moisture retentive, reinforcing all that structural work they do with their digging.

The soil which earthworms create is moist and sponge-like and full of nutrients, in other words, the perfect living environment  for the roots of healthy plants as well as all the invisible wee beasties which make up the healthy soil ecosystem.

They do all this for free. All they need is the right conditions, and they just show up. This is one reason why mulch is important in a yard. Worms need that material on the surface of the soil to feed on, and they appreciate the insulation from the drying sun and freezing cold. If you provide a habitat for them in your yard–and needless to say, don’t kill them with pesticides or floods of chemical fertilizers–they will appear, like magic, as they did in Kazi’s rehabilitating garden, as I related last week.

How they arrive in a previously barren zone is mysterious. They might spring from eggs waiting beneath the soil. They may be delivered via bird droppings. They may be swept in by water during rainstorms. They may be imported in soil or compost. They may just inch their way in. But they’ll come.

Now, being human, we don’t like to wait for nature to take her course. Or even if we can manage that, we want more. More vegetables. Bigger flowers. More fruit. Now. And to do that, we construct artificial, hyper-productive systems–like garden beds. To support these systems, we also construct artificial systems in which to raise worms, so we can harvest their castings and put them where we want them, when we need them. These are worm bins.

What Exactly Do You Do With Worm Castings?

Worm castings are often referred to as fertilizer, but they are really more of a plant and soil tonic. They contain nutrients and beneficial microorganisms. they improve soil texture and water retention. At the same time, they are mild. They can’t burn your plants like nitrogen-rich fertilizers can do. You don’t have to be afraid of applying too much.

You’ll note I’m not giving much guidance in terms of specific quantities. This is partially because I don’t know what the optimum percentage of castings might be required in any given situation. I do know that you can’t really use too much when it comes to any food-bearing plant. Generally we don’t have truckloads of worm castings at our disposal, but what we have, we should use generously.

Of course, common sense must prevail. The cactus and succulent families don’t have much use for rich castings, nor do plants of arid regions. Trees and shrubs wouldn’t mind them, but hopefully they’ve got their own worm populations going on in the soil around their roots–because they are mulched, right??– and don’t need extra portions of worm poo. Castings are most appreciated by hungry veggies and flowers, newly sprouted plants, and container plants who can’t have worm friends of their own.

I feel like I should mention tea, because we get a lot of questions about it. “Worm tea” is not a very well defined term. Different people mean different things by it.

First, there’s leachate, the brown stuff that may drip from worm bins. Some people call this worm tea, and some commercial bins even come with taps which seem to promote its use. Frankly, my first thought when I hear the word leachate is that any bin which is giving off a sizable amount of liquid is probably too soggy for the worms. It means there’s some kind of muddy swimming pool situation going on at the bottom of the bin. My goal as a worm keeper is to produce as little leachate as possible.

But if you have the stuff, and want to use it, check out this article “What’s in the Worm Juice” by the Garden Professor. In sum, dilute! dilute! dilute! and be careful with it. Some people, especially the ACT crowd (see below) think leachate is actually harmful to plants, because it contains anaerobic bacteria. I’m just going to shrug here. I really don’t know. I don’t use it. If you do, dilute it, because the most obvious harm you could do to your plants with it is burn them–according to the linked article, the sample they tested was surprisingly high in nitrogen. And keep in mind that contents of the leachate are going to vary, depending on what you’re feeding the worms.

Second, there’s non-aerated worm compost tea (NCT), which is when you put some castings in water, let them steep over night, and then water your plants with the resulting brew. My basic opinion on this is “why bother?” Just put the dry castings on or in the soil. Every time you water your plant, the castings will release nutrients. Making tea is just extra work for you. Humans like to complicate things. Worms leave their castings in or on the soil. We should, too. (Leave the worms’ castings, that is, not our own castings. We needn’t alarm the neighbors.)

Third, there’s aerated compost tea (ACT), as popularized by Elaine Ingham. This is made by brewing a tea from castings with the help of an air pump, like an aquarium pump, to keep the mix aerobic as it brews. It’s not a simple procedure–besides the pump and other accessories for brewing, you also need access to a microscope and some solid wee beastie identification skills to see if the process is working correctly. But if done right, ACT is said to foster beneficial microorganisms, making the resulting brew a soil super tonic. The tea is also said to have some efficacy on diseases and pests when applied to the plants themselves.

Whether or not this brew is actually as effective as all that has become a bit of a hot-button topic in the gardening community–and a subject on which Erik and I remain firmly agnostic. Until we know more, we’re using the castings as nature provides them. That way, the nutrients are delivered with a fraction of the work (and expense), and if the soil is healthy, the plants shouldn’t need a lot of help with pests and diseases.

While we’re on the subject of controversy, I should also mention the concern about compost worms getting into places they ought not be. Apparently the last ice age killed off the native worms in the northern forests of North America (I don’t know about other northerly places) and the ecosystems there have evolved without their presence–that is, until humans started bringing worms back into those areas. And it seems the worms might be having some detrimental effects in those areas. See this article from the Minnesota Department of Natural Resources for the basics. (This is interesting, too.)

The Minnesota folks seem mostly concerned about people tossing their extra bait worms into the woods. They do mention that they believe compost worms can’t survive the long winters, so are unlikely to be a big problem. But they’re not 100% sure on that, so if your property backs onto pristine northern forest (lucky you!), you should keep abreast of the issue. If you live in a city, this is not something you need be worried about. Unless you fish, that is.

This got me wondering if there are other places where worms are not native, and where we should be careful. Clearly they are not native to desert regions, but I doubt they could survive outside of the artificial environment of the worm bin. But perhaps I speak to soon. Southern California, with its long annual dry cycle, also seemed to me to be a place where the earthworm could not be native, but in fact it turns out we have worms, lots of them, both native and imported, even in the chaparral. If you’d like to read a technical paper on the subject, check this out.

How To Start Your Own Worm Bin:

If you don’t have a worm bin, spring is a great time to start one! My stance is that anyone can keep a bin. If you eat, you can keep a bin. They don’t have to cost much. They fit anywhere. You could keep one in a dorm room or a studio apartment. You can keep one under the kitchen sink. Basically, if you have some place you could put a cat box, you can keep worms. That said, worm bins are considerably less stinky than cat boxes!

Kelly Coyne and Erik Knutzen, aka Mr. and Mrs. Homegrown, live in the heart of Los Angeles, in a little bungalow set on a 1/12 acre lot where almost all of their land is devoted to growing edible or otherwise useful plants and trees. Their obsessions include bees, bikes, beer, chickens, healthy cities, healing herbs, simple living and good food. In short, everything DIY! Their website is http://www.rootsimple.com

Books by the Authors

The Urban Homestead (Expanded and Revised Edition): Your Guide to Self-Sufficient Living in the Heart of the City
by Kelly Coyne and Erik Knutzen.

Click here for more info and/or to order "The Urban Homestead".

Making It: Radical Home Ec for a Post-Consumer World (2011)
by Kelly Coyne and Erik Knutzen.

Click here for more info and/or to order "Making It".

6 Amazing Facts You Need To Know About Ants

Back to the Garden: Mulch, Mulch, and More Mulch