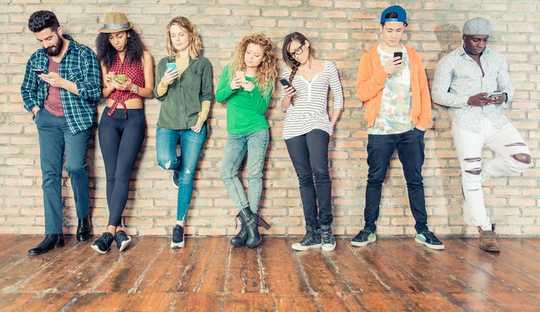 Love them or hate them, smartphones have become ubiquitous in everyday life. And while they have many positive uses, people remain concerned about the potential negative harms of excessively using them – especially in children and teens. In 2018, a whopping 95% of 16-24 year olds owned a smartphone, up from only 29% in 2008. However, alongside this increase in smartphone use, studies have also shown mental health has become worse in this age group.

While numerous large-scale studies have found there’s no link between the amount you use your smartphone and harm to your mental health, the popular perception that smartphones are addictive still persists. Previous studies investigating their harm often had contradictory conclusions.

This is partly because many studies lumped all technology use together under the umbrella term “screen time”. This overlooks the fact that harm often comes from the way we interact with technology, not from screens themselves. For example, watching TV is very different to experiencing cyberbullying on Facebook. Other studies often only measured the total length of time spent in front of a screen, instead of perhaps looking at what effect engaging with certain apps or websites had on people.

We analysed 41 different studies published in Asia, Europe and North America since 2011. In total, we looked at 41,871 children and young people between the ages of 11 and 24 – though most studies typically looked at young people in their early 20s.

However, because each of the studies looked at different individual features of a behavioural addiction, we decided to use the umbrella term “problematic smartphone usage” to describe all instances where these features occurred.

Most questionnaires agreed that the central features of a behavioural addiction include:

In order for a young person to be defined as exhibiting problematic smartphone usage, they had to exhibit at least two of these features.

After looking at all of the studies, we found that between 10% and 30% of children and young people exhibited problematic smartphone use. Although studies used different self-report questionnaires, most defined addiction not by the length of time they spent using their smartphone, but by what are known as “domains”. These are certain patterns that indicate addiction, such as experiencing withdrawal symptoms when their phone is taken away.

Studies looking the affect that smartphone use had on mental health found participants in the “addicted” range were more likely to report symptoms of depression, anxiety and problems with sleep. However, most of the studies we looked at measured addiction and mental health at the same time – making it unclear if smartphone addiction causes mental health issues, or vice versa. 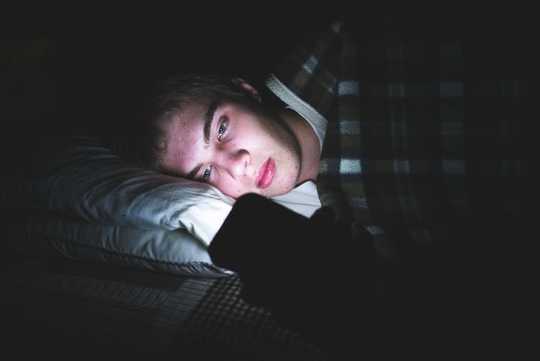 Most studies did show a consistent link with smartphone addiction and mental health. For example, six of seven studies on sleep found that children and young people who exhibited problematic smartphone use had poorer sleep. This was also the case for problematic smartphone usage and experiencing higher levels of anxiety, stress, and depressive symptoms. However, the evidence from these studies on mental health had varying degrees of reliability because responses were from self-report questionnaires, as opposed to formal clinical diagnoses. This meant there was a possibility of participants over or under-exaggerating their experiences.

Before we can say whether problematic smartphone usage is actually smartphone addiction, we would need to show that a person’s pattern of use is consistently dysfunctional – and that the health harms are significantly worse when compared to regular smartphone use.

But until there’s more research, we can’t say that smartphone addiction is a condition – and it’s premature to call for clinics to be opened to treat sufferers. While future research is needed, the current findings do show that problematic smartphone usage is common, and likely to be linked to poorer mental health in children and young people.