How Poor Diet Can Lead To Blindness 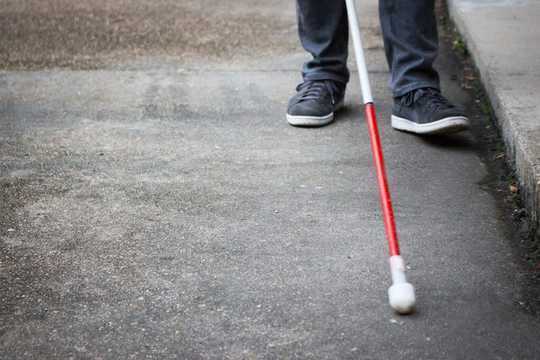 One of the lesser-known effects of a poor diet: blindness. Tracy Spohn/Shutterstock

A poor diet of chips and crisps caused a teenage boy in England to become blind. The boy – let’s call him Jasper – first visited his family GP complaining of tiredness when he was 14 years old. Tests showed he was anaemic with low vitamin B12 levels. He was also a picky eater, but had no problems with his health.

His GP gave him vitamin B12 injections and advice on how to improve his diet. But by the time he was 15, he had started to develop hearing loss and had problems with his vision. He was referred to an ear, nose and throat specialist and was examined by an ophthalmologist, but no cause was found.

By age 17, his vision had become worse, to the point of blindness. He was referred to the Bristol Eye Hospital when he saw a specialist in neuro-ophthalmology. He was diagnosed with optic neuropathy (damage to the optic nerve) and further tests revealed that the cause was nutritional. He had several micronutrient deficiencies, including low vitamin B12 (his vitamin B12 injections had lapsed), vitamin D, copper and selenium levels, and a high zinc level. His bone mineral density was also very low – probably resulting from his low vitamin D.

Jasper confessed that he had been a picky eater since primary school and would not eat certain textures of food. He had a daily portion of chips from the local fish and chip shop and snacked on crisps, white bread, processed ham slices and sausage.

Despite being given nutritional supplements to treat his deficiencies, his sight did not improve.

In our case study, published in Annals of Internal Medicine, we concluded that Jasper’s junk food diet and limited intake of nutritional vitamins and minerals resulted in the onset of nutritional optic neuropathy – a dysfunction of the optic nerve, which is important for vision. It is a rare but serious complication of several types of nutritional deficiency.

Deficiencies of vitamin B1 (thiamine), vitamin B2 (riboflavin), vitamin B3 (niacin), vitamin B6 (pyridoxine), vitamin B9 (folate), vitamin B12 (cobalamin), iron, calcium, magnesium and copper are all known to cause optic neuropathy and are easily misdiagnosed as other disorders if the doctor doesn’t have the patient’s dietary history.

The condition is reversible if caught early. But left untreated, it can lead to permanent structural damage to the optic nerve and blindness, which happened in Jasper’s case. 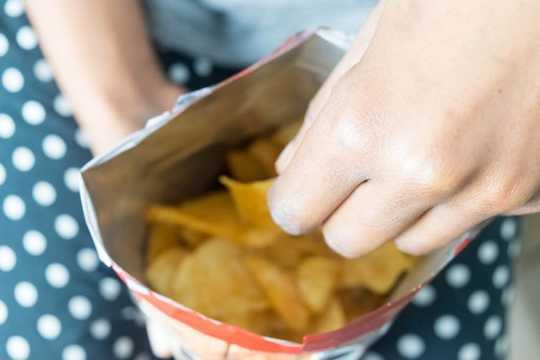 Without supplementation, a junk food diet or a strict vegan diet can lead to serious health problems. Red Confidential/Shutterstock

Nutritional deficiencies are very common, affecting about 2 billion people worldwide. In low- and middle-income countries, poverty and inadequate food intake are the main causes of micronutrient deficiencies, but micronutrient deficiencies also exist in high-income countries, such as the UK, where they are usually caused by malabsorption (bowel problems that interfere with the absorption of important nutrients in the stomach), drugs, or poor diet – sometimes combined with alcoholism or smoking – or both.

Purely dietary causes are uncommon in developed countries, although picky eating in children can predict picky eating in adults and nutritional deficiencies in later life. Also, recent trends in food consumption could cause nutritional optic neuropathy to become more common. For example, the widespread consumption of junk food at the expense of more nutritious food and the rising popularity of veganism can lead to vitamin D and B12 deficiencies, because fish, meat, eggs and dairy are the main dietary sources of these vitamins. Without nutrient supplements or fortified foods, strict veganism can lead to irreversible blindness.

Most of us are aware of the links between junk food consumption and cardiovascular health, obesity, and cancer. Few people are aware that poor nutrition can have such a profound effect on vision.