Alzheimer’s Family Mystery: How Did One Woman Resist The Disease? 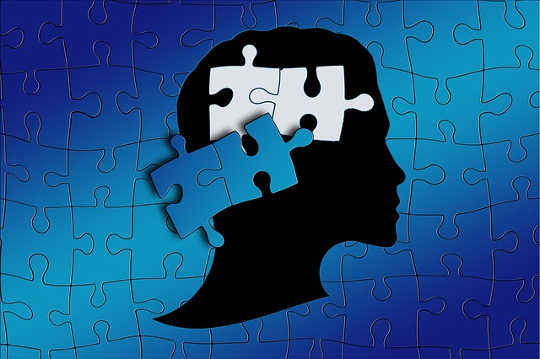 For generations, the members of a family in Colombia have gotten early-onset Alzheimer’s disease. How one woman has resisted it could lead to future therapies, researchers say.

“People in this large family get Alzheimer’s like clockwork at age 45-50,” says Kenneth S. Kosik, professor of neuroscience at the University of California, Santa Barbara, and co-director of the Neuroscience Research Institute.

The aggressive, genetic form of the disease has passed down from generation to generation, causing rapid cognitive and physical declines in both the men and the women of this family.

Researchers who have been studying this family, from their brains right down to their genes, have even traced the specific gene mutation of this disease back as far as the time of the Spanish conquistadors.

During their studies the researchers witnessed the predictable onset of the disease as members of the family enter into their middle years. Sometimes it happens sooner, sometimes later, but every path has always led to the same destination.

But one woman has defied the odds. Now in her late 70s, she has the mutant gene—and the plaques of amyloid protein that are the hallmark of Alzheimer’s disease—yet has exhibited no signs of cognitive impairment associated with Alzheimer’s.

“When you find an escapee, it’s extremely interesting,” says Kosik, coauthor of a study that appears in Nature Medicine. The woman, and others considered outliers in the normal trend of neurodegeneration of this family, may present hints at a new approach for therapy for and even prevention of the disease, he says.

The culprit in this version of Alzheimer’s is a mutation to the presenilin 1 gene, called E280A, copies of which are found in every member of this family afflicted with the disease. It is implicated in the high production of those sticky amyloid plaques.

“The mutation is known to cause the onset of the disease at age 45, and it’s really flagrant by the time you’re in your 50s,” Kosik says. The woman, in her late 60s at the time researchers conducted the study, was positive for the mutation, but exhibited few symptoms.

“It was amazing,” Kosik says. In the course of their analysis they found that the woman also had another mutation in another gene that is responsible for making lipoproteins in the central nervous system, a gene called apolipoprotein E or APOE.

A variant of this gene called the Christchurch variant is exceedingly rare, but its presence in the patient hinted at a protective mechanism. The researchers turned to the Kosik lab’s extensive collection of genomes to look for other family members with this same variant.

“They asked us especially to look at people who were also outliers—who got it at a very late age,” Kosik says. They found a few others who had the variant. Importantly, however, while others carried the Christchurch mutation, they all carried one copy, inherited from one parent.

“The key thing about this discovery is that this patient is homogyzous for the variant; it came from both the mother and the father,” Kosik says. The researchers’ lab studies showed that the APOE gene variant might delay the onset of Alzheimer’s by binding to sugars (called heparin sulphate proteoglycans, or HSPG) and preventing the uptake and inclusion of tau proteins in neurons that ultimately lead to the tangles that are a pathological hallmark of the disease.

Tau is a common structural protein in the brains of patients with Alzheimer’s and other neurodegenerative diseases that becomes sticky and insoluble.

Researchers need to do more work to investigate this single patient’s resistance to a disease that affects her extended family of 6,000 people, but this promising development could point toward an approach and a therapy for the estimated 44 million people in the world who have Alzheimer’s, a number that continues to rise.

“This finding suggests that artificially modulating the binding of APOE to HSPG could have potential benefits for the treatment of Alzheimer’s disease, even in the context of high levels of amyloid pathology,” says co-lead author Joseph F. Arboleda-Velasquez.

For Kosik’s part, he and Arboleda-Vasquez (who formerly was Kosik’s graduate student at Harvard) continue to probe for other genetic one-offs and outliers that may contribute to Alzheimer’s resistance.

Co-lead author Joseph F. Arboleda-Velasquez.. Kosik, coauthor of the study that appears in Nature Medicine. Additional coauthors are from the University of Antioquia, the Banner Alzheimer’s Institute in Phoenix, Massachusetts General Hospital, and Massachusetts Eye and Ear.