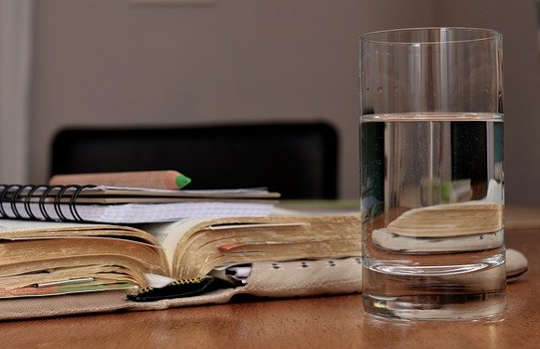 Not getting enough water is enough to make you feel sluggish and give you a headache, but a new study suggests for older women, too little hydration may also relate to cognitive performance.

The researchers did not find similar results for men.

“The study gives us clues about how hydration and related drinking habits relate to cognition in older adults,” says Hilary Bethancourt, a postdoctoral scholar in biobehavioral health at Penn State and first author of the paper in the European Journal of Nutrition.

“This is important because older adults already face increased risk of cognitive decline with advancing age and are often less likely than younger adults to meet daily recommendations on water intake.”

Just the right amount of hydration

“We found a trend suggesting overhydration may be just as detrimental to cognitive performance as dehydration for older adults,” Rosinger says.

“Because of this, being in the ‘sweet spot’ of hydration seems to be best for cognitive function, especially for tasks requiring sustained attention.”

The researchers say scientists have long suspected that dehydration may have an effect on cognitive performance. However, previous studies have largely focused on young, healthy people who are dehydrated after exercise and/or being in the heat.

Because exercise and elevated ambient and body temperatures can have their own, independent effects on cognition, she and the other researchers were interested in the effects of day-to-day hydration status in the absence of exercise or heat stress, especially among older adults.

“As we age, our water reserves decline due to reductions in muscle mass, our kidneys become less effective at retaining water, and hormonal signals that trigger thirst and motivate water intake become blunted,” Bethancourt says.

“Therefore, we felt like it was particularly important to look at cognitive performance in relation to hydration status and water intake among older adults, who may be underhydrated on a regular basis.”

For the study, the researchers used data from a nationally representative sample of 1,271 women and 1,235 men 60 years of age or older. They collected data from the Nutrition and Health Examination Survey. Participants gave blood samples and were asked about all foods and drinks consumed the previous day.

The researchers calculated hydration status based on concentrations of sodium, potassium, glucose, and urea nitrogen in participants’ blood. They measured total water intake as the combined liquid and moisture from all beverages and foods.

A final task measured processing speed, sustained attention, and working memory. Researchers gave participants a list of symbols, each matched with a number between one and nine. They then gave them a list of numbers one through nine in random order and asked the participants to draw the corresponding symbol for as many numbers as possible within two minutes.

Bethancourt says that when the researchers first plotted the average test scores across different levels of hydration status and water intake, there appeared to be a distinct trend toward higher test scores in relation to adequate hydration and/or meeting recommended water intake. However, other factors explained many of those results.

“Once we accounted for age, education, hours of sleep, physical activity level, and diabetes status and analyzed the data separately for men and women, the associations with hydration status and water intake were diminished,” Bethancourt says.

“A trend toward lower scores on the number-symbol test among women who were categorized as either underhydrated or overhydrated was the most prominent finding that remained after we accounted for other influential factors.”

Too little and too much

Because the data was cross-sectional, researchers can’t be sure whether suboptimal hydration levels are causing cognitive impairment or if people with impaired cognition are just more likely to be under- or overhydrated, Bethancourt says.

The researchers were also unsure why they failed to see the same associations among men. Still, the results raise interesting questions, she says.

“It was interesting that even though the test of attention, processing speed, and working memory took only a few minutes, it was the one most strongly associated with lower hydration levels,” Bethancourt says.

“Other research has similarly suggested that attention may be one of the cognitive domains most affected by hydration status. This left us wondering what the effects of inadequate hydration might be on more difficult tasks requiring longer periods of concentration and focus.”

Rosinger says the findings suggest older adults may want to pay close attention to their hydration status, by both consuming enough liquids to avoid dehydration as well as ensuring adequate electrolyte balance to avoid overhydration.

“Because older adults may not necessarily feel thirsty when their body is reaching a state of underhydration and may be taking diuretics that can increase salt excretion, it is important for older adults and their physicians to better understand the symptoms of being both under- and overhydrated,” says Rosinger.

Hilary Bethancourt is a postdoctoral scholar in biobehavioral health at Penn State and first author of the paper in the European Journal of Nutrition. Senior author Asher Rosinger is a professor in global health, who also directs the Water, Health, and Nutrition Laboratory.