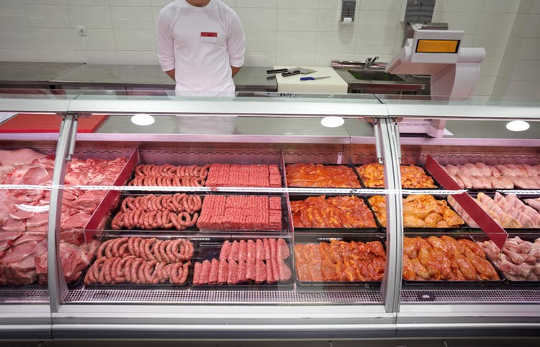 The cancer agency of the World Health Organisation (WHO) classifies the consumption of red meat, which includes beef, lamb, and pork, as carcinogenic – or having the potential to cause cancer if eaten in processed form. This includes hot dogs (frankfurters), ham, sausages, corned beef, and beef jerky – as well as canned meat and meat-based preparations and sauces.

The WHO also classifies red meat – even if eaten unprocessed – as probably carcinogenic. There is strong mechanistic evidence for an association between eating red meat and colorectal cancer, and there is also evidence of links with pancreatic cancer and prostate cancer.

Given the negative health impacts, there have been calls for certain types of meat to be regulated similar to other carcinogens – such as tobacco or asbestos – or like other foods of public health concern – such as sugary drinks.

A health tax on meat

In our new study, colleagues from the International Food Policy Research Institute in the US, and the Oxford Martin School and the Nuffield Department of Population Health at the University of Oxford in the UK, analysed the impact of regulating red and processed meat consumption through a health tax on meat. 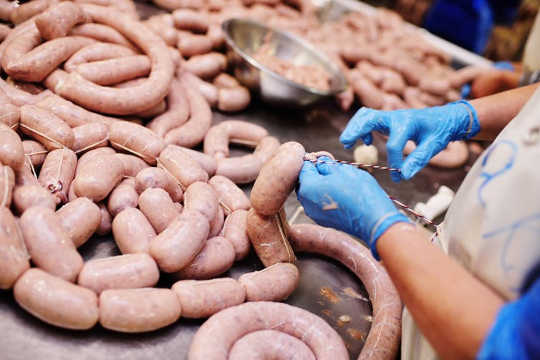 There’s already a tax for sugar, tobacco, and alcohol, so why not sausages? Shutterstock

We calculated so-called optimal tax levels that would account for the health costs of red and processed meat in close to 150 countries and regions around the world. So although consumers would still have the choice to eat red and processed meat, they would have to contribute to paying for treating the chronic diseases that its consumption is assumed to cause.

We estimated that in 2020, there will be 2.4m deaths attributable to red and processed meat consumption globally, as well as US$285 billion in costs related to healthcare.

The health taxes on sausages in Germany, and bacon in the US, for example would increase prices by a whopping 160%. Whereas prices for processed meat in China would have to increase by 40%, and those in Ethiopia by less than 1%. Due to its relatively modest healthcare spending the UK is somewhere in the middle with an 80% increase.

The higher prices on red and processed meat encourage dietary shifts to other, less harmful foods. Our results suggest that if the health taxes were introduced, consumption of processed meat would decline by about two portions per week in high-income countries and by 16% globally.

Lower consumption of red and processed meat would lead to 220,000 less deaths a year from chronic disease – such as coronary heart disease, stroke, cancer, and type 2 diabetes. It could also have positive knock-on effects on climate change and body weight.

We found that it could reduce global greenhouse gas emissions by over a hundred million tonnes – mainly due to lower beef consumption. And it would also reduce levels of obesity by driving consumers to lower-calorie substitutions.

Tax revenues would amount to US$172 billion globally and cover 70% of the health costs that red and processed meat consumption puts on society. To fully cover the costs, the health taxes would have to be doubled and, in high-income countries, increase to 200% for processed meat.

Our findings make it clear that the consumption of red and processed meat has a cost – not just to people’s health and to the planet – but also to healthcare systems and the economy. Governments don’t need to tell people what they can and can’t eat, but they have a responsibility to encourage the adoption of healthy and sustainable diets. And making sure the health costs of foods are reflected in their prices is an important component of that.