Why Many People With Parkinson's Disease Develop An Addiction 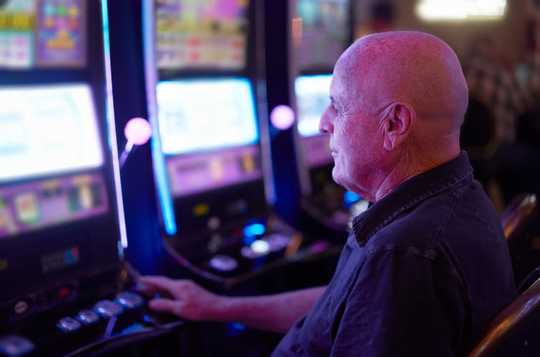 We knew people with Parkinson’s disease were at heightened risk of developing addictive behaviours like gambling. Our research gives insight into why this is. From shutterstock.com

Parkinson’s disease is a progressive neurodegenerative disorder. It’s caused by the loss of cells deep within the brain that produce a neurotransmitter called dopamine. Degeneration of these neurons impairs the transmission of signals within the brain, affecting a person’s ability to control their muscles. Symptoms can include tremor, stiffness, slowness, and problems walking.

But many people with Parkinson’s disease also report troubling non-motor symptoms. These include depression, anxiety, psychosis, cognitive impairment, and addiction. These symptoms can be due to progression of the disease more widely within the brain, or can be side effects of treatment.

In our recently published research, we looked at why many people with Parkinson’s disease develop impulsivity (the tendency to act recklessly on the spur of the moment) and addictive behaviours, such as problem gambling or sex addiction.

After diagnosis, the vast majority of people with Parkinson’s disease will take medication. The dose will generally increase over time as motor symptoms become more severe.

The mainstay of treatment is medication that restores depleted dopamine, called dopaminergic medication.

About one in six people treated with this medication will develop impulsive and addictive behaviours. These behaviours can include problem gambling, a preoccupation with sex or pornography, compulsive shopping or binge eating.

People who experience this phenomenon commonly describe “losing control” and being “driven” to engage in these behaviours against their better judgement, and despite significant interpersonal, financial and legal harms.

After an initial diagnosis of Parkinson’s disease, facing these problems can be a devastating second blow for patients and their families.

We’ve known for some time about the association between dopamine and addictive behaviours. As well as facilitating movement in our bodies, dopamine contributes to the experience of pleasure, and plays a role in learning and memory — two key elements in the transition from liking something to becoming addicted to it.

But scientists and clinicians have been unable to say exactly why some people develop addictive behaviours after taking dopaminergic medication, while others don’t. This limits our ability to provide a personalised approach to our patients when discussing these treatments.

We hypothesised brain structure, which varies between different people, was a key factor in determining whether or not addictive behaviours would follow after people received dopaminergic medication.

The progression of Parkinson’s disease affects brain structure differently in different people, depending on the spread of neurodegeneration within the brain. If we could capture this variability, perhaps we could link this to impulsivity and addiction.

We took a group of 57 people with Parkinson’s disease on dopaminergic medication and focused on two brain networks thought to be crucial for decision making: a network for choosing the best course of action and a network for stopping inappropriate actions. These networks connect regions of the brain within the frontal lobes, an area known to support higher-order features of personality such as judgement.

We used an advanced method of brain imaging called diffusion MRI, which allowed us to visualise the structure of connections between the different brain regions involved in these circuits. Using this technology, we could quantify if the strength of these connections had been affected by Parkinson’s disease. 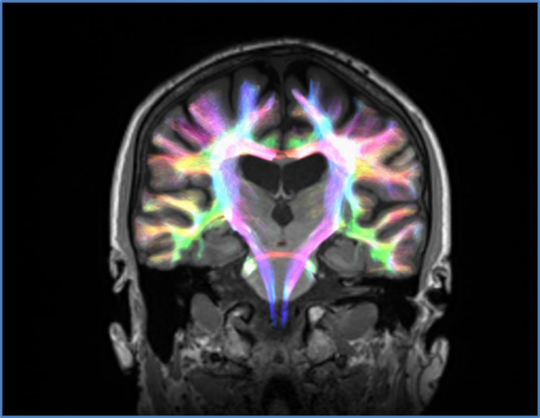 Alongside the brain imaging, we created a virtual casino for our participants. We measured their level of impulsive behaviours through their tendency to place high bets, switch between poker machines and accept “double or nothing” gambles.

In contrast to traditional pen and paper tests for assessing impulsivity and addiction, we felt the virtual casino would simulate an environment closer to real life.

We then compared behaviour in the virtual casino to the connectivity of the choosing and stopping networks, to see if there was an association.

Separate to this testing, we followed the participants in our neuropsychiatry clinic to see if they developed addictive behaviours.

A virtual casino was used in the study to test reward and risk structures in the brains of people with Parkinson’s disease.

With regards to addictive behaviours, 17 of our 57 participants developed these problems during clinical follow up.

Addicted participants expressed impulsive gambling behaviour in the virtual casino, as we would have predicted. However, their brain structures suggested they would be conservative (that is, they had a weaker choosing network and a stronger stopping network). Further, the size of the dose of dopaminergic medication didn’t appear to influence reckless behaviour in these individuals.

This suggests the neurodegeneration associated with Parkinson’s disease elicits a difference in the way the brain works in these people with addiction.

What these results mean

Our method of combining information from brain imaging and virtual gameplay allowed us to distinguish these people, which has not previously been possible and could have significant implications for clinical practice.

As we begin to grasp commonalities in brain structure among people on dopaminergic medications who develop addiction, we hope to share this information to help patients and their families make the most informed choice about their treatment.

Predicting those at risk would involve the routine use of diffusion imaging and analysis in clinical practice. While this would generate extra health-care costs, it could reduce the costs and harms of addiction.

We could then select particular drugs in preference to others, or even bring forward advanced therapies such as deep brain stimulation, which treats motor symptoms with focused electricity rather than dopaminergic medication.

In the meantime, for people with Parkinson’s disease taking dopaminergic medication, establishing a network of support from family and health professionals who can detect the early warning signs of addictive behaviours is important in limiting the long-term harms of addiction.