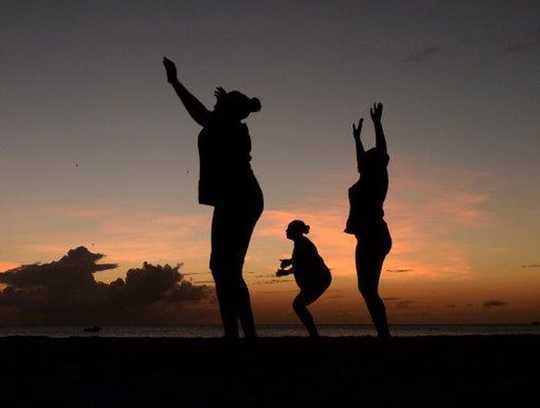 Although older women are not naturally prone to exercise, being part of an exercise group helps them to stay in a fitness program. Reuters

Older women are more likely to take up exercising and stick to it if they are part of a small group guided by a personal trainer.

Although older women are not eager to exercise, it is important that they do given the rise of chronic lifestyle diseases such as type-2 diabetes. These conditions can be treated by medication or through lifestyle interventions – one of which is exercise.

Older women generally avoid exercise, making the excuse that they are embarrassed or that they do not have the time or money. However, we have found that once these older women join programs, what motivates them to exercise changes over time. And the relationship that they build up with their trainers is key to maintaining their participation in exercise programs.

Previous research has shown that women are less likely to adhere to their exercise regimes than men. It has also found that despite the benefits of exercise, older people throw in the towel sooner than younger people; and that within these two categories, post-menopausal women are especially problematic.

But in the case of the third point, our research finding differed.

The push and pull factors

We undertook our study to understand the factors that positively influence older women to exercise.

We monitored the attitudes of a group of women, aged 50 to 75, over six months. Three times per week they did 45 minutes of moderate strength training with a trainer. This workout consisted of ten multi-joint and multi-muscle exercises.

Before the program started, the women filled out questionnaires about their motivation. Every four weeks they were quizzed again.

Initially, more than half of the women said they were driven to participate in the program by the appeal of an exercise routine. The research shows that this may be each woman’s desire to have a routine-driven appointment for exercise sessions, rather than a self-appointed, self-managed schedule.

However, as the weeks went by, it was the relationship they had created with the exercise partners in their small group and with the personal trainer that made them return.

They were also motivated by the thought that they better understood the particular health concern or lifestyle change in question. But in the long run, they were keen to stay on the program to maintain a state of well-being.

We found that after the women finished the program, it was the lack of a social connection that resulted in them not following the exercise program. 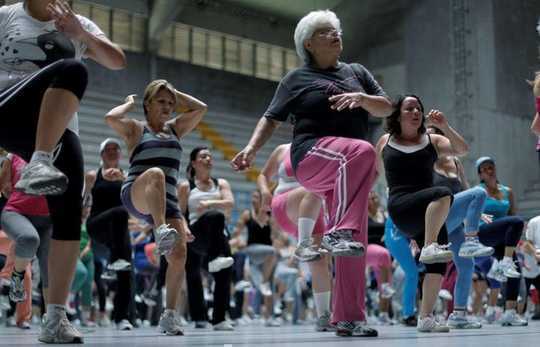 Factors that motivate older women to exercise change over time, from having a routine to being part of a group. Reuters

In the same way that we were able to identify what motivated the women to exercise, we could also pick up what hindered their exercise.

Gyms were particularly negative, and were linked to the women’s poor perceptions of their bodies. Body image is connected to self-confidence, and those who have lower self-confidence are less likely to start an exercise program from a previously inactive starting point.

However, we did find that these fears dissipated within the first month that the women started exercising in a private laboratory setting.

Personal trainers could find these factors particularly useful as they encourage people to exercise regularly and try to keep them on structured programs. They could also create this relationship to keep people on exercise programs.

People dropping off from exercise programs remains a hurdle not only for researchers and personal trainers, but also in a gym where seasonal changes result in fewer people coming through the door. This in turn directly affects a gym’s profit margins.

As older people are less likely to be active, it is important for practitioners and health professionals to understand what stops people who are less active from joining and sticking to long-term exercise plans.

Understanding what motivates the women and how it shifts over time may lead to better success in such community-based programs.

How To Find Ways To Move Your Body While Social Distancing

Why Regular Exercise Has Long Term Benefits For Immunity