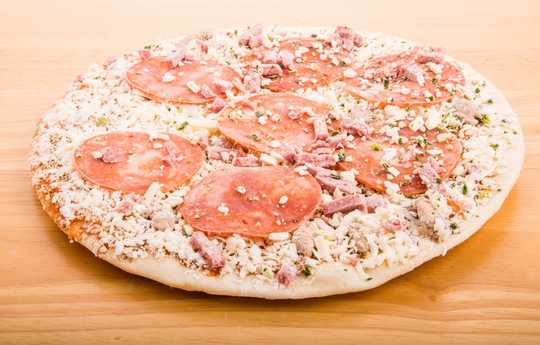 We know we should eat less junk food, such as crisps, industrially made pizzas and sugar-sweetened drinks, because of their high calorie content. These “ultra-processed” foods, as they are now called by nutritionists, are high in sugar and fat, but is that the only reason they cause weight gain? An important new trial from the US National Institute of Health (NIH) shows there’s a lot more at work here than calories alone.

Studies have already found an association between junk foods and weight gain, but this link has never been investigated with a randomised controlled trial (RCT), the gold standard of clinical studies.

In the NIH’s RCT, 20 adults aged about 30 were randomly assigned to either a diet of ultra-processed foods or a “control” diet of unprocessed foods, both eaten as three meals plus snacks across the day. Participants were allowed to eat as much as they wished.

After two weeks on one of the diets, they were switched to the other for a further two weeks. This type of crossover study improves the reliability of the results since each person takes part in both arms of the study. The study found that, on average, participants ate 500 calories more per day when consuming the ultra-processed diet, compared to when eating the diet of unprocessed foods. And on the ultra-processed diet, they gained weight – almost a kilogram.

Unconscious over-consumption of ultra-processed foods is often attributed to snacking. But in this study, most of the excess calories were consumed during breakfast and lunch, not as snacks.

A crucial clue as to why the ultra-processed foods caused greater calorie consumption may be that participants ate the ultra-processed meals faster and so consumed more calories per minute. This can cause excess calorie intake before the body’s signals for satiety or fullness have time to kick in.

An important satiety factor in unprocessed foods is dietary fibre. Most ultra-processed foods contain little fibre (most or all of it is lost during their manufacture) and so are easier to eat fast. 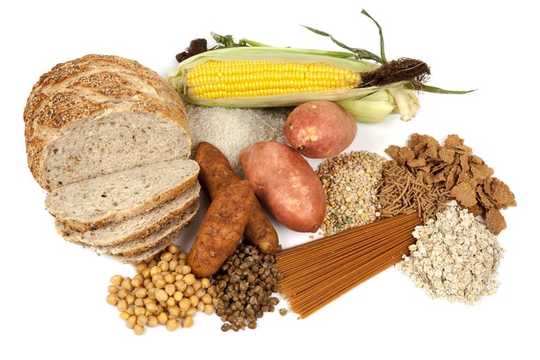 Anticipating this, the NIH researchers equalised the fibre content of their two diets by adding a fibre supplement to the ultra-processed diet in drinks. But fibre supplements are not the same thing as fibre in unprocessed foods.

Fibre in unprocessed food is an integral part of the food’s structure – or the food matrix, as it’s called. And an intact food matrix slows down how quickly we consume calories. For instance, it takes us far longer to chew through a whole orange with its intact food matrix than it does to gulp down the equivalent calories as orange juice.

An interesting message emerging from this and other studies seems to be that to regulate calorie intake, we must retain food structure, like the natural food matrix of unprocessed foods. This obliges us to eat more slowly, allowing time for the body’s satiety mechanisms to activate before we have eaten too much. This mechanism does not operate with ultra-processed foods since the food matrix is lost during manufacture.

Finding time for a meal of unprocessed foods eaten slowly can be a real challenge for many. But the importance of seated mealtimes is an approach vigorously defended in some countries, such as France, where a succession of small courses ensures a more leisurely – and pleasurable – way of eating. And it may also be an important antidote to the weight gain caused by grabbing a quick meal of ultra-processed foods.

Is Alcohol Bad For You? It Depends On The Drink And How You Drink It