Written by Catriona May 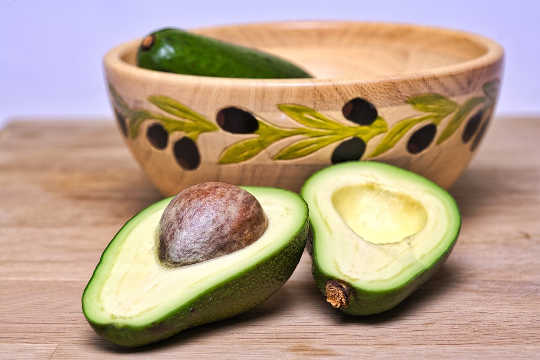 Two recent studies shed light on which women are most at risk of developing dementia, and how we can prevent or delay the disease early.

Two thirds of people living with dementia are women, and the Australian Bureau of Statistics confirms it is now the leading cause of death for women in the country. Yet, there are few studies of how dementia progresses in women.

The new results are timely, coming as the Australian Government considers the best ways to look after women’s health in the future, inviting submissions to its National Women’s Health Strategy for 2020-2030.

In a study in Brain Imaging and Behavior, researchers found that a woman’s volume of grey matter in their brain at the age of 60 predicts their memory performance at 70.

Grey matter is the part of the brain that nerve cell bodies control. It’s where the real processing happens, including speech, hearing, feelings, seeing, and memory. White matter allows communication to and from grey matter areas, as well as between grey matter and other parts of the body.

A separate study that appears in the same journal, reports that women who had normal levels of the “good” cholesterol, called HDL in 1992 had less white matter damage in their brain a decade later when they underwent late-life brain MRI scans and cognitive assessments in 2012. HDL carries cholesterol from other parts of your body back to your liver.

So, maintaining healthy levels of cholesterol affects the structure of the brain directly.

“Taken together, these findings show there are useful neuroimaging biomarkers for the prediction of cognitive decline in healthy older women,” says lead researcher Cassandra Szoeke, a professor at the University of Melbourne who directs the university’s Women’s Healthy Ageing Project.

“They build on a growing body of research helping us pick up the warning signs of dementia earlier. In fact just this year the National Institute of Ageing published proposed criteria to diagnose dementia and predementia on biomarkers, like brain scan results and body fluid measures of protein levels,” Szoeke says.

Researchers already knew that brain shrinkage (or atrophy) is associated with diagnosed dementia. These studies add to this knowledge by looking at risk-exposures and brain functioning over 20 years.

“Including brain scanning in a longitudinal study like this is very rare,” says Szoeke. “It meant we could measure women’s brain pathology alongside cognition over decades, and being able to ‘see’ the impact of changes in the living brain is a huge leap forward in understanding how dementia develops.”

In the study, women with white matter changes were worse at planning and organization tests, and those with grey matter volume loss had worse memory as they aged.

“Maintaining brain health isn’t just important because dementia shortens our lives; we also have to process more information on a daily basis now than ever before—just consider how many times you need to click the ‘forgot my password’ button,” says Szoeke.

“We know that having family members who had dementia increases our chance of the disease, but now we have other ways of predicting how our brains are likely to age,” Szoeke says.

“Our study shows that healthy blood vessels reduce our risk of cognitive decline and disease. This aligns with our knowledge that regular physical activity, normal blood pressure, and maintaining normal levels of HDL cholesterol are all associated with better cognition,” she says.

In this study, low levels of HDL cholesterol were associated with more vascular brain damage decades later and very large studies have already shown this kind of damage, known as “white matter hyperintensities,” are associated with increased risk of dementia.

So, maintaining good cholesterol levels, healthy blood pressure, and a healthy diet, along with good levels of physical activity and annual health checks are important for maintaining good brain health.

“These findings suggest strategies to target major cardiovascular risk factors at midlife might also be effective in reducing the development of brain lesions and late life cognitive decline,” says Szoeke. “And while our findings relate to women, we know healthy lifestyles are important for men to maintain their brain health, too.

“Importantly people need to make sure any changes they’re making to adopt a healthier lifestyle meet their needs as an individual, considering what works for them. Their local GP is great place to start looking for advice,” Szoeke says.


Lower Cholesterol (Cholesterol: The Good and The Bad Book 1)